Takes some courage to go against faves in Oaklawn Pick 4 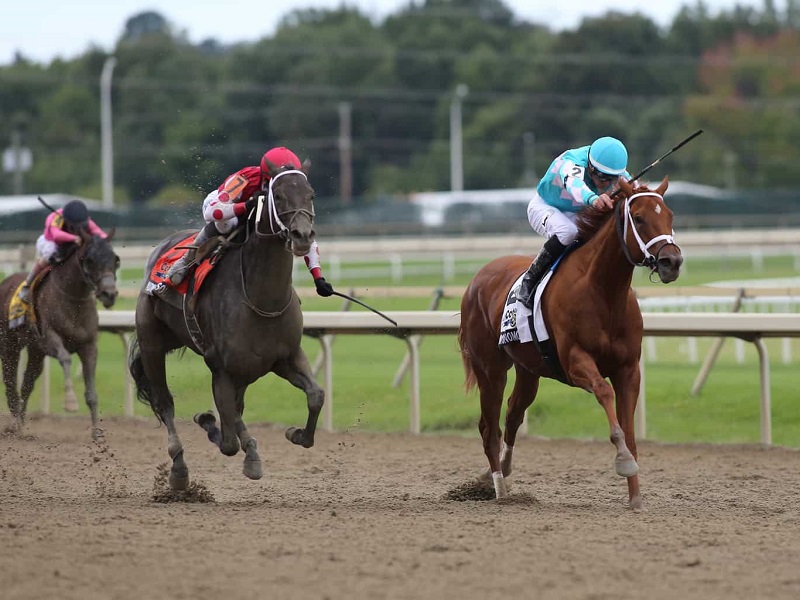 Most of us, when constructing a Pick Four ticket, keep with the 50-cent variety. The All-Stakes Pick 4 Saturday at Oaklawn will be a challenge for that strategy. There are heavy favorites in all four races, and let’s face it, if all four choices win, the Pick 4 payoff will allow a winning ticket holder to buy a round of drinks and that’s about it.

Midnight Bisou (6-5 in the G2 Azeri), Improbable (3-5 in the G2 Rebel, Div. 1), Great Expectations (5-2 in the Essex) and Game Winner (4-5 in the G2 Rebel, Div. 1) would make for a short payday unless you had it multiple, and I mean multiple times. Those are clearly the ones to beat, but there are options. They don’t run it on paper, and upsets, as you see many times a day, can happen. Of the favorites, champion Game Winner looks like the most likely winner.

Elate makes her 1st start and looks like the biggest threat to Midnight Bisou in the Azeri. Clearly, wins in the G1 Alabama and Beldame as a 3-year-old stamped her as special, but she only ran twice as a 4-year-old. She was on the G2 Delaware Handicap and lost a photo to Abel Tasman in the G1 Personal Ensign. That was her last start and it came in August.

Galilean’s work is cut out for him in the 1st division of the G2 Rebel, just like every opponent of Improbable. Galilean is an Uncle Mo California- bred (purchase for $600,000 early in life) and has won three of four. After taking the Barretts Juvenile in his debut, he’s won two of three against Cal-bred foes. However, his value probably spiked quite a bit when he was sent two turns in the King Glorious Stakes and then in the Cal Cup Derby. He was an even winner of each. Improbable is waiting in the wings, and Galilean will have to exceed what he’s done. Improbable won a photo in a maiden race in his debut and then followed with Street Sense and Los Al Futurity. One’s been good, one’s getting good.

A Half Dozen worthy in Essex
Great Expectations is favored and a must-use in the Pick 4, but the Essex looks far more than a walkover. The invading chalk has been with the best but a good local group awaits. Great Expectations comes off a third in the G2 San Pasqual behind the late Battle of Midway and McKinzie. He has the credentials for this but of the races in the sequences, this is probably the best ‘spread’ event. Feeling the upset but not willing to leave off Great Expectations, I have the favorite and five others: Hence, Sonneteer, Chris and Dave, Heavy Roller and Snapper Sinclair. Several of the locals have front-running speed and will ensure an honest clip.

Here’s the suggested ticket for the all-stakes Pick 4 at Oaklawn Park: