Who Aced Their Mid-Terms on the Kentucky Derby Trail? 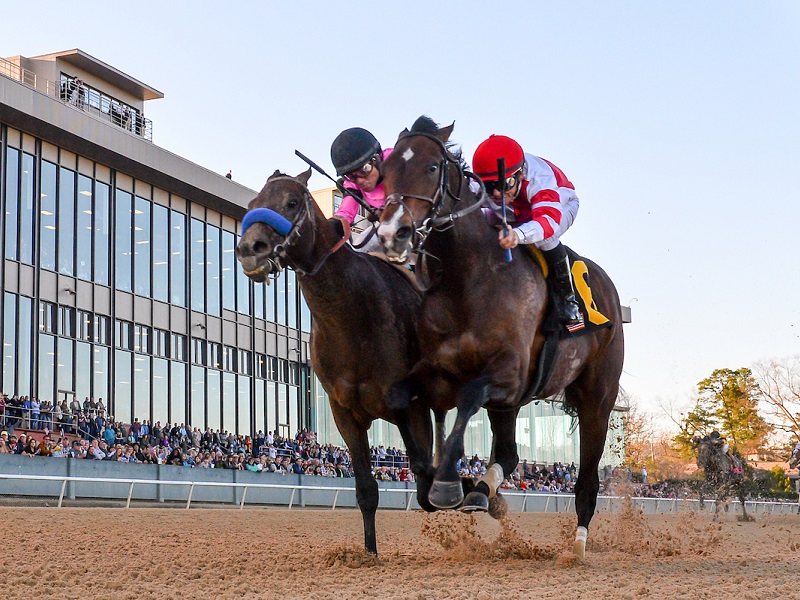 Mid-terms came to a close Saturday at Oaklawn Park for the 2019 Triple Crown trail. From here out, it’s final exam time, starting with this weekend’s Louisiana Derby at Fair Grounds and Sunland Derby.

The mid-term preps get you to the big regional finals. The Xpressbet Fountain of Youth sets the table for the Xpressbet Florida Derby; the Gotham for the Wood; the Risen Star for the Louisiana Derby; the Rebel for the Arkansas Derby. Most seasons, the San Felipe would bone-up Santa Anita Derby hopefuls. But this is not like other winters in Southern California.

Here’s what we know about the regions after mid-terms:

Florida
The $2 win parlay so far this Gulfstream Park three-race series has returned more than $2,300. There’s even buzz about a $16,000 claimer in the Xpressbet Florida Derby. The Xpressbet Fountain of Youth obviously didn’t clarify the picture with a wicked pace that left countless questions. It comes down to the Xpressbet Florida Derby on March 30 to settle the scores between Code of Honor, Hidden Scroll, Bourbon War, Vekoma, Harvey Wallbanger and class quandary Maximum Security. But at this rate, maybe it’s someone else? And across the peninsula, the Tampa Bay Derby mid-term went to a horse not seen since Saratoga, Tacitus. We expect he’d return in the Blue Grass or Wood.

Arkansas
The split divisions of the Rebel Stakes likely kept or projected 8 horses onto the final round of preps. The top-4 in each race did more than enough to continue on. But we learned that Bob Baffert doesn’t have the keys to the Ferrari just yet. When you lose twice at odds on – even with comebacks, training delays, wide trips – the heir of invincibility shows some cracks. Improbable and Game Winner still may be the stuff, but last Saturday Long Range Toddy and Omaha Beach weren’t intimidated and neither looked to be giving an inch as they anticipate longer travails. I expect Long Range Toddy and Improbable to be a potent pair for the Arkansas Derby, while you could see some travel among the others.

California
The power appeared to be in California to start the winter, and we’ve seen some mixed results since those horses have traveled the nation. Instagrand didn’t deliver in New York, while the Rebel was a split decision, but mostly positive. It still seems like the west is best, but … The April 6 Santa Anita Derby remains on schedule at this time, and it’s the likely spot we’ll see Omaha Beach and Game Winner back in a rematch. But it also could be the landing spot for Baffert’s rising ace allowance winner Roadster, and a potential return home for the fleet Instagrand. Nolo Contesto has kept strong company lines and Gunmetal Gray could stay home vs. another run to Hot Springs.

New York
The Gotham did not provide a launching pad for Instagrand’s rocket ship. In fact, the pace-aided victory by Haikal likely sent researchers back to the control room looking for new codes. So what will the April 6 Wood Memorial provide at a furlong farther and around an additional bend? Mind Control keeps punching locally, and Tax season should be upon us again; but you have to think someone invades from afar. This would seem like a logical place for Tacitus, or the likes of Alwaysmining or Win Win Win from Mid-Atlantic connections. Perhaps Vino Rosso’s brother So Alive is back training with intent for a family defense?

Louisiana
The one oasis of serenity this Triple Crown trail so far has been Fair Grounds. Mid-term ace War of Will had no issues in the Risen Star, adding that to his Lecomte score. The first of the finals comes this Saturday in the Louisiana Derby. We’ll see if form holds for War of Will, or if one of five Risen Star dispatched rivals can reverse fortunes. Todd Pletcher is sending Spinoff from the Tampa allowance ranks in hopes of an Always Dreaming sequel.

Kentucky
This is where they all want to end up on the first Saturday in May. Somelikeithotbrown got an early dip into the bourbon by winning Turfway Park’s John Battaglia Memorial and Jeff Ruby. He’s a quality turfer with sharp Polytrack form, but will have to prove himself on dirt. Perhaps the April 6 Blue Grass at Keeneland will provide the stage. That race will include Signalman in hopes of improvement from his Fountain of Youth, and typically a solid influence from the Tampa Bay Derby (such as Outshine) and some from the west (Galilean or Extra Hope may intrigue here).