Digging Alwaysmining for the Preakness 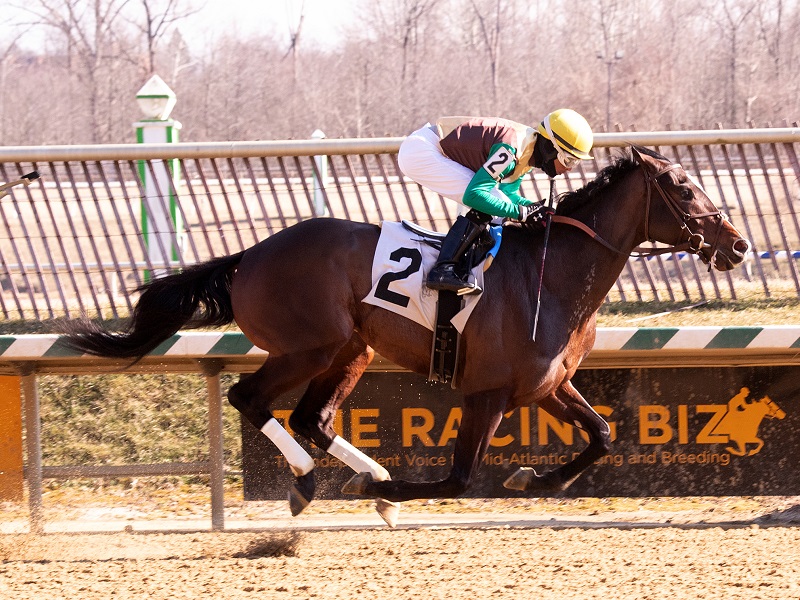 I’ve followed Maryland racing my entire life, and there hasn’t been a 3-year-old this exciting to come out of the local winter/spring scene since Private Terms in 1988. Alwaysmining won his sixth straight race Saturday in the $125,000 Xpressbet Federico Tesio Stakes by 11-1/2 lengths. The gelding picked up a fifth straight stakes win at Laurel Park without as much as a deep breath in 1:50.12 for 1-1/8 miles.

His final 3 furlongs in 37.15 were fantastic without being asked and nothing new for him. He ran a sub-:24 fourth quarter in the Private Terms in his previous start when extended around two turns for the first time. Alwaysmining will be a formidable local in the Preakness Stakes after securing Win & You’re In status in the Tesio.

It’s been a long time since Private Terms. Charlie Hadry had him quite a runner in the Spring of 1988, so much so that he was the post-time Kentucky Derby favorite over Winning Colors and Forty Niner in a memorable edition. He had won seven straight, five in Maryland before trips to New York while taking the Gotham and Wood over Seeking the Gold. The Kentucky Derby (ninth) and Preakness (fourth) didn’t work out for Private Terms, but he would underscore his quality at age four by winning the Mass Cap.

Top Maryland sophomores between Private Terms and Alwaysmining have been few, but also include 2006 Kentucky Derby post-time favorite Sweetnorthernsaint for Mike Trombetta. He raced sparingly at home, winning the Miracle Wood at Laurel before a third in the Gotham and a runaway Illinois Derby score that captivated gamblers to the point he was pegged ahead of Barbaro, the unbeaten winner of the Florida Derby. Locals like Oliver’s Twist (1995) and Magic Weisner (2002) have had Preakness placings, but weren’t horses who ran roughshod through their Maryland stakes peers to get there. Not like we’ve seen with Alwaysmining.

The class question will come to fruition on the third Saturday in May for Alwaysmining. It’s a fair one to pose. But that he already deftly handled eventual Tampa Bay Derby third and Blue Grass second Win Win Win in Laurel’s Heft Stakes to close their juvenile campaigns is significant. And this is a Maryland-bred who began his career very competitive in the Keeneland and Churchill Downs maiden special weight ranks against the likes of Signalman and Dream Maker before his change in venue. He’s developed so much since then, and wasn’t far behind from the start.

Alwaysmining began his career for Jim “Mattress Mac” McIngvale before being privately sold to Runnymede Racing of Caroline and Greg Bentley after breaking his maiden at Laurel in June. After a couple of unsuccessful trips, including the Laurel Futurity on turf, it all came to hand in October with a 10-length allowance win in the slop under the tutelage of Kelly Rubley. Since then, Alwaysmining has not been threatened late during his six-race win streak that includes four victories by more than four lengths.

Talent-wise, I’d take Alwaysmining over Sweetnorthernsaint in a heartbeat. He’s shown me that much. I would have tabbed him on top to win the Wood Memorial had they went that path vs. the Tesio. Now we’ll get to see where he stacks up for sure in the Preakness. Don’t be surprised if he fares even better than Private Terms, and perhaps becomes the state’s first true local to wear the Black-Eyed Susans since Deputed Testamony in 1983.