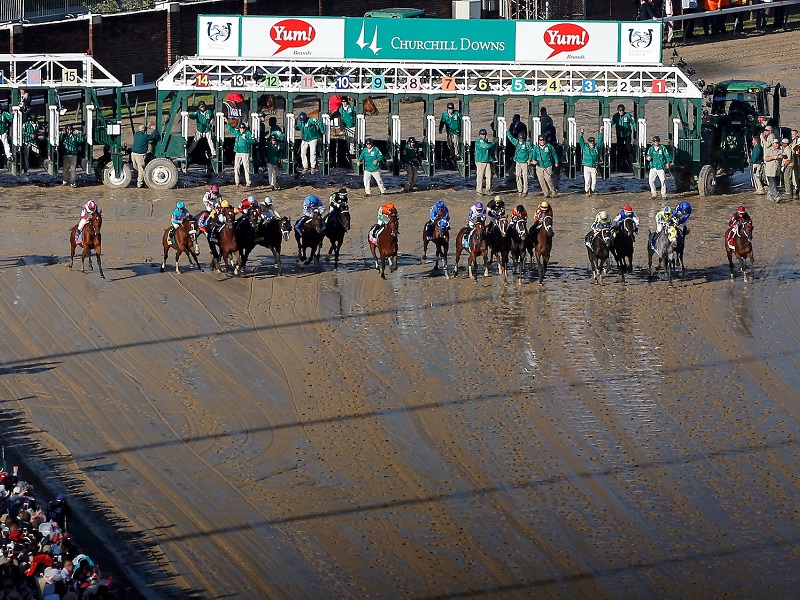 In case you didn’t notice, the Kentucky Derby is a bit over a week away. That means now is the time to begin searching for a winner, exacta, tri or super combination. Of course, you could wait until after post positions are drawn and final entries revealed. But, in that case, you would have waisted valuable time in analyzing the 20 prospective runners currently set to compete.

Beginning Tuesday, experts will update contributions to the guide daily, based on the latest-breaking information. The post-position draw and additional workouts may influence analysis, so accessing updates is critical to developing a complete and accurate picture of how things might turn out in Louisville. An updated guide will be available Thursday, May 2, when Eddie Olcyzk and Brent Musburger join the crew. In addition to being an outstanding broadcaster, Olczyk also is an accomplished horseplayer. Musburger’s reputation among all-time great announcers now has been enhanced by his relationship with VSiN—Vegas Stats & Information Network. In just a few opportunities to contribute to previous Xpressbet’s Wager Guides, Musburger has had notable success.

We’ll give you a heads up that nearly all guide experts feel that Omaha Beach is the one to beat. If he starts as favorite in the race and wins, he will become the seventh consecutive public choice to succeed. That would be rare. Between 1980-1999 zero favorites won the Derby. 56 public choices have won the Derby out of 144 renewals and the last time 6 consecutive favorites won was in 1896!

Last year we said, ‘Adios’ to one of the longest-running Derby trends when Justify became the first since Apollo (1882) to win the Kentucky Derby without having raced at 2. At 63 1-3-5 that stat won’t change this year as all starters raced at 2.

Useful Stats & Trends and Know This material always is a guide highlight. That’s the case again this year with several angles horseplayers may want to incorporate into handicapping. Personally, I want to know about as many Derby trends as possible. While I don’t blindly follow them, I want to know what factors are either ‘for’ or ‘against’ my Derby selections.

Below are a few interesting trends, and names of 2019 Derby runners they apply to: A highly regarded Derby runner is Wood Memorial winner Tacitus. Those who like him, Tax or Haikal will buck a serious trend that shows the last 33 Wood graduates are 0-0-0 in the Kentucky Derby! The last Wood winner to take the Derby was Fusaichi Pegasus in 2000!

Sharp current form is deadly on the first Saturday in May. The last 7 Derby winners arrived in Louisville with at least 2-race win streaks: Nyquist (2016) 7; California Chrome (2014), American Pharoah (2015) and Justify (2018) 6; Orb (2013) 4; Always Dreaming (2017) 3 and Animal Kingdom 2. The last 7 Derby winners also entered the race unbeaten at 3. Fitting the dual profile—at least a 2-race win streak and unbeaten at 3--are: 4 consecutive wins Maximum Security; 3 Tacitus and 2 Roadster. Probable favorite Omaha Beach failed first out this year and since has won 3 in-a-row. Overall, there have been 29 undefeated runners in the Derby. Maximum Security is the only unbeaten probable starter this year.

The last horse to win the Derby off a loss is Super Saver (2010), who was second in the Arkansas Derby. Last year, 4 of the first 5 finishers entered the race off wins. 12 starters in 2018 were off a loss, the same as this year.

Only two sophs have won both the Breeders’ Cup Juvenile and Kentucky Derby: Street Sense (2007) and Nyquist (2016). This year, Game Winner attempts to join them and, if so, would become the first 2-year-old champ in 90 years to take the Derby without a win at 3. Others in the field without a win at 3 are Improbable and Gray Magician (at this writing, Bodexpress, Signalman and Sueno are on the also eligible list).

Times have changed…or maybe not. 8 of the last 11 Derby winners have had just 2 starts at 3. Before that Derby winner Sunny’s Halo had a pair of soph outings in 1983. However, from 1937 to 1947 there were 5 such lightly-raced 3-year-old winners.

Derby runners without an April prep race are 101 5-6-6. There should be an asterisk attached to a few of this year’s runners that qualify for this trend because several of them last started March 30 and 31. Does a day or two count against a healthy 3-year-old? Probably not. War of Will and By My Standards last raced 3/23 and Cutting Humor on 3/24.

According to T.D. Thornton in the Tuesday, April 23 edition of the Thoroughbred Daily News, Roadster’s chances of winning the Kentucky Derby are enhanced by the fact that in the last decade the winner of the Santa Anita Derby has won in Louisville three times—’12, ’14 & ’18. However, gray runners are 0-for-25 in the big one.  Giacomo (2005) at 50-1 is the last to be successful. Connections of Tacitus, Roadster and Gray Magician hope that streak ends this year.

If all of the above completely confuses you, don’t worry, you’re not alone. Help clear the handicapping cobwebs with Xpressbet’s FREE Kentucky Derby Wager Guide. Get your copy today. It’s FREE and worth twice the price!

Check back next week for complete horse-by-horse Kentucky Derby analysis, including selections and a suggested wager or two.