Taking a Pop at the Golden Pick 6; Mandatory Payout Saturday 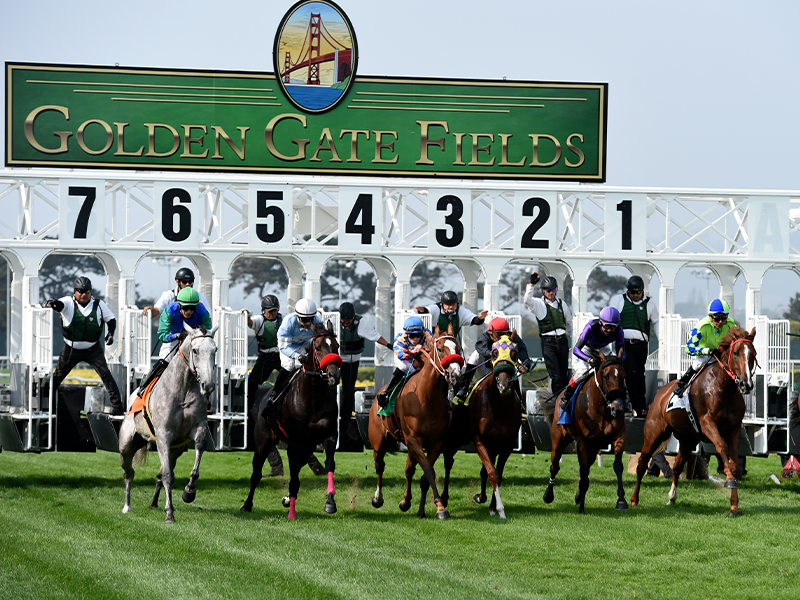 While the Grade 3 San Francisco Mile is the highlight of Golden Gate Fields card on Saturday, it’s also one of the toughest to peg in the Golden Pick Six. There’s a mandatory payout on the sequence, which is always an attention getter.

The Golden Pick 6 has a 20-cent minimum wager, but in six races, those 20-centers can add up in a hurry. Here’s a brief look at each of the Golden Pick 6 races and ultimately suggestion for a $64 ticket.

You get hit with the biggest challenge right off the bat. There’s a field of eight, and five are worthy of being on this ticket, at least that’s the view from here. It’s the Lost in the Fog Stakes, named after the great Bay Area-based sprinter. Older horses will go six furlongs in this one and Anyportinastorm is the 9-to-5 favorite on the outside – and usable. Others on the ticket are Summersimage, Tough Sunday, Touched by Autism, and Sequentially. Sequentially has a good chance to start it off with a good price. At 6-to-1, he very playable, and while he’s never seen this level of competition, has success over the Tapeta surface is a huge plus. He’s won three of his four, and if there’s anyone who knows how and when to move on this track, it’s jockey Frank Alvarado.

This is one of four races with just two numbers on the ticket. It’s the California Derby, and using Sparky Ville and Kingly looks like the thing to do. Sparky Ville is the 2-to-1 favorite off his narrow score in the G2 San Vicente at Santa Anita. It’s his first over the Tapeta and first two-turn attempt over a main track. Jeff Bonde’s sprinter wore down his rivals in the San Vicente at seven furlongs and finished with vim and vigor. Kingly is Bob Baffert’s chance for the Cal Derby win. He was second here in the El Camino Real and has worked very well since then. He’s likely to be a factor from the start.

The San Francisco Mile is a crapshoot and is the blend of horses from the various California ports, and while the bookends of Bowies Hero on the inside and River Boyne from the other end of the gate are 5-to-2 and 3-to-1 on the line, but there are additional ways to go in this one. Le Ken and Wentwood are worthy of inclusion, along with the two favorites. Bowies Hero makes his first of the year and became a Grade 1 winner a year ago when he won the Frank Kilroe at Santa Anita. Phil D’Amato has had him on a weekly work ritual and the talented closer will get an adequate pace setup. River Boyne won the G2 Mathis Brothers Mile and was fourth in this year’s Frank Kilroe. He’s adjusted to pace on several occasions and was 6 of 9 in 2018 for trainer Jeff Mullins. Le Ken is a serious threat off a third at Santa Anita and Wentwood makes his first U.S. start coming off a win in Cork, Ireland.

My colleague, Jeremy Plonk, made the San Francisco Mile his Race of the Week - check out his analysis.

Rush and Jump the Tracks look like a cut above in the ‘non-winners of two’ claiming race. Rush was tremendous in his latest over this strip and likely has designs of getting to the front. Jump the Tracks was second here two back and tired in his latest. He takes a class drop and belongs on the ticket.

S Y Sky had a win and a pair of seconds in her last three – all vs. Cal-breds at Santa Anita – and will test open company here. She’s never missed the board in 11 career races and should be a strong player in the Camilla Urso Stakes. Go On Mary was third in the Mizdirection at Santa Anita and has been effective vs. upper allowance option claiming company and stakes races.

The sequence ends with a maiden-claiming event and Tiz a Dreamer and Noumea are the representatives on this ticket. Tiz a Dreamer stretches out for the first time and likely will convert to a front-runner, or close to it. She has a second to her credit and fits very well with these. Houmea also makes her first route attempt and likely will show enough speed to overcome her outside post in the short run to the first turn. She’s hit the board in three of four and could wind up as the favorite.

Here’s the suggested ticket for the mandatory Golden Pick 6 payoff at Golden Gate Fields for Saturday: