Triple Crown Is Wired for Weird 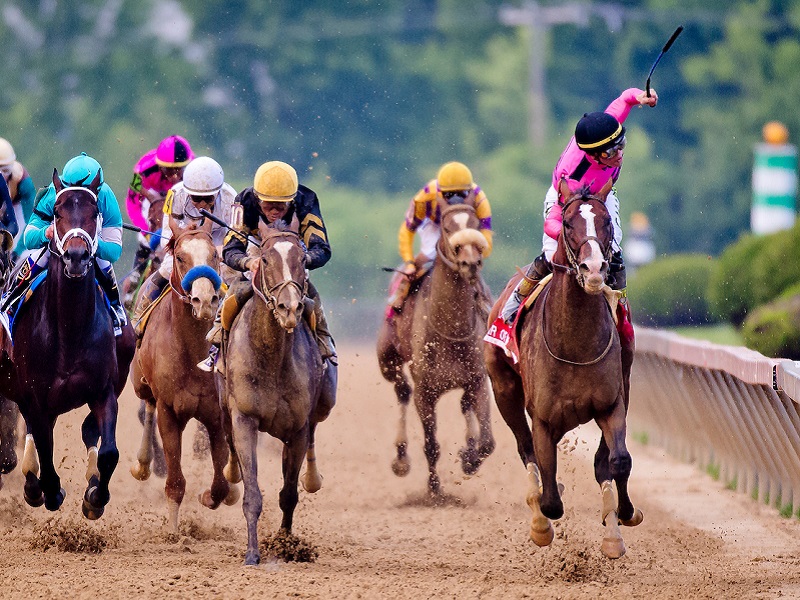 A realtor friend from Saratoga with token knowledge of horse racing emailed the other day and wondered if the Belmont Stakes could possibly provide a ‘crazier outcome than the Derby and Preakness – wow!?’ I replied to her that we’ve probably used up all our insanity with the first disqualification in 145 years and a loose maiden running footloose and fancy-free on his own regard.

But if the Triple Crown has taught us anything, it’s that the unexpected often comes with the territory. True, we may not get lawsuits and outriders involved in the annual excursions. But stick around this game long enough – say a year or three – and you’re bound to be baffled. We live in a clickbait and argumentative world, so loose horses and loose lips have turned out to be additional publicity that wasn’t part of the research packet. We can thank Bodexpress, Maximum Security, Gary West and Mark Casse for their various levels of participation.

But before there was Maximum Security, there was Codex, the villain of a 1980 Preakness mugging of Genuine Risk, the filly who won the Kentucky Derby. You want to talk about rage? Every woman in America, my late mother included, cursed out Angel Cordero for his ride. Had there been Twitter in 1980, who knows what sort of #Metoo movement might have sprung. Heck, CNN was still a month away from its network launch. That incident could have had serious legs today.

And Codex wasn’t even the worst fistfight we’ve seen at a Preakness. How about Lee Cheng Ferrell in 1999 stepping from the infield to the main track and trying to sucker punch Artax in the Maryland Sprint? Again, that predated social media unless you were hearing the screeches of AOL dial-up connections.

True, last week Bodexpress succeeded in tossing John Velazquez at the start of the Preakness, getting some sort of historical nod, if you will, over Afleet Alex and Alysheba. Those two failed to eject Jeremy Rose and Chris McCarron, respectively, in the 2005 Preakness and 1987 Derby in the upper stretch, after taking shots from Scrappy T and Bet Twice. But this wasn’t our first ‘rodeo,’ as they say.

And John Velazquez, hey, he was involved in his own Derby weirdness in 2011. He was supposed to ride the favorite Uncle Mo, who got sick. Then jockey Robby Albarado had his schnoz broken in a post parade incident on Wednesday, giving the owners of Animal Kingdom pause. They opted for Johnny V, upset the roses and the rest was unexpected history. In a way, Johnny V won the Kentucky Derby on Animal Kingdom with an assist from Smok’em Al, a $10K maiden claimer who threw the haymaker that took down Albarado. Smoke’em Al was scratched, incidentally, and didn’t make his debut until the following January. Albarado still hasn’t won a Derby.

How soon we forget the zaniness of a 2009 Kentucky Derby winner being hauled on the back of a pick-up truck from New Mexico, driven by a guy who only met the eventual Derby winner’s owner because he got cold-cocked in a bar room brawl. Yes, there will never be another Mine That Bird, or Chip Woolley for that matter.

We thought we saw it all in 2008, when the ill-fated filly Eight Belles left us all sickened. Then we endured weeks talking Winstrol, and eventually watched Rick Dutrow sweat through his blue shirt at Belmont as an odds-on Triple Crown prospect Big Brown was pulled up in distress (or not distress, depending on your tolerance for conspiracy theories). And who’s to say that Big Brown’s tender tootsie was any more shocking than the safety pin that supposedly derailed Spectacular Bid in 1979? And it certainly didn’t invoke the same sort of sympathetic emotions we saw with Chris Antley dismounted and steadying the leg of Triple Crown hopeful Charismatic at the wire of the 1999 Belmont.

Big Brown was just the next shocker in a series at Belmont. That seemed outrageous for ‘08, topping the 2004 outrage shown to Jerry Bailey and Alex Solis for their defensive tackling of Smarty Jones on the backstretch of his race toward history at Belmont. Every school teacher and horseplayer in America thought that was the one. That time, we had folks at which to place blame. The regal Marylou Whitney even apologized for winning with Birdstone upon receiving the trophy, crashing the Smarty Party.

What about War Emblem, who was purchased April 12, 2002 and won the Kentucky Derby 22 days later for Bob Baffert? That seemed historically odd at the time, and if nothing else made many claim that the future of the Derby would never be the same. Big oil money would just buy a Derby winner from here out, they claimed. Funny Cide came along a year later and smashed that complaint to smithereens as a bunch of high school buddies and their pastor rode in a yellow school bus from western New York and damn near won the Triple Crown with a gelding of all things. Odd times, indeed.

Then there was the heartbreak of Barbaro in 2006 that we would never forget; but the game recovered nonetheless from what many said it wouldn’t. Less tragic, but nearly as disappointing, was the career-ending injury to I’ll Have Another just 24 hours before his potentially historic run at a Triple Crown at the 2012 Belmont. We’ve had so many oddities and downers that we almost forget about what was “thissss” close. A couple years later, we’d have California Chrome’s Steve Coburn give Kenny Rice an intoxicated interview that would burn in our mind’s eye and give the general public mistaken reason to think the premise of the Triple Crown itself was unfair. Even racing folk like Randy Moss on TV questioned if it was finally time to tweak the dates. Almost on cue, American Pharoah came along 365 days later to dismiss Coburn’s finger-wagging theories and remind everyone that we’re not nearly as smart (or surprised) as we think we are when it comes to horse racing.

Yeah, 2019 has been weird. But all you have to do is think back even a little bit and you’ll rediscover that weird is what makes this thing go ‘round.