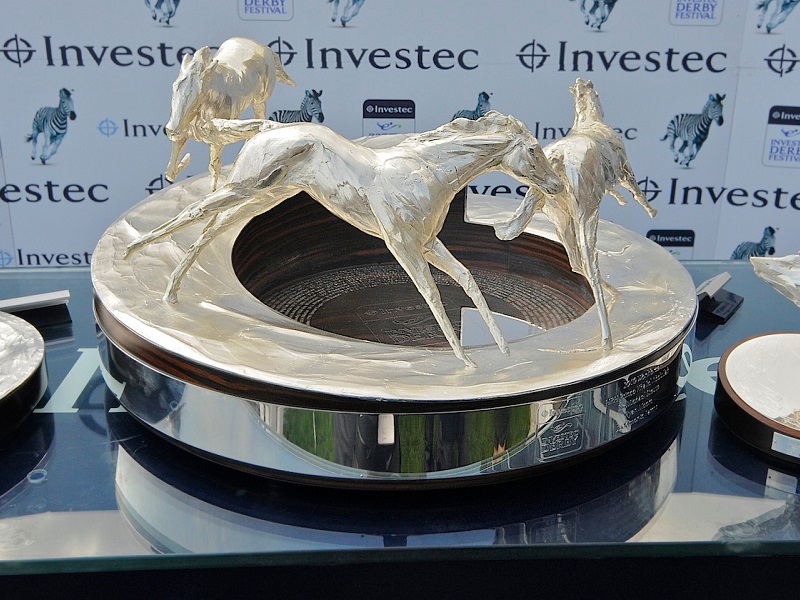 Who wins the 240th running of the Investec Derby at Epsom on Saturday?

Aidan O’Brien is seeking to emulate Robert Robson, Fred Darling and John Porter by recording his seventh victory in the premier Classic. The 21-time Irish champion trainer has dominated the Derby trials this season and has an enviable hand. He is represented by seven of the 13 declared runners.

Sir Dragonet heads the betting and on Monday was supplemented for £85,000 along with Telecaster who has been towards the head of the betting since his victory in the Dante.

Below you can read positives and negatives of each of this year’s candidates, with each runner being given a mark out of ten.

Positives: Produced some good performances over seven furlongs and a mile in Group contests last season - including when second in the National Stakes at the Curragh – and proved this trip was in reach when a cosy winner of the Derby Trial at Lingfield on his seasonal debut. Was expected to come on bundles for the run beforehand and quicker ground will suit.

Negatives: Didn’t need to improve to win last time out and his best form falls just short of what some of the other contenders have achieved.

Verdict: Has more experience than most and has shown a good level of form, although he probably needs to improve again to be in with a chance of winning.

Positives: Appreciated a step up to ten furlongs when getting off the mark in good style at Doncaster on his seasonal debut, where he defeated Telecaster, before landing the Group Three Classic Trial at Sandown in impressive style. Twelve furlongs should not be a problem for him and has improved with every run so far.

Negatives: Telecaster was having his racecourse debut at Doncaster when he got the better of him and that rival has probably improved past him now. Got warm and on his toes before winning latest.

Verdict: Clearly useful but will need to progress again to go close and is likely to find a few too good.

Positives: Showed a decent level of form last season but has looked an improved horse this year winning two Group Threes on his last two starts. Achieved the best speed figure in the field when landing the Ballysax at Leopardstown in April and it would be a surprise if he does not relish the extra two furlongs.

Negatives: Wasn’t as impressive when winning the Derby Trial at Leopardstown this month where he was pushed out to beat his 86-rated pacemaker, although was well on top at the finish.

Verdict: Looks the pick of Aidan O'Brien's strong team and the one they all have to beat. Certain to relish this step up in trip like his sire, Australia, the Derby winner in 2014.

Positives: Produced a career best to finish fourth in the Vertem Futurity Trophy Stakes behind 2000 Guineas winner Magna Grecia and Irish 2000 Guineas winner Phoenix Of Spain plus was also not beaten far behind Persian King in the Autumn Stakes. He also remains unexposed over trips further than a mile.

Negatives: Did not travel with great fluency at Chester and his main market rival was unlucky not to finish closer.

Verdict: Should improve for his run at Chester and a case can certainly be made for him.

Positives: Improved considerably from his debut run when landing a 1m4f maiden by six lengths at Southwell where he relished the trip.

Negatives: Struggled when finishing down the field in the Lingfield Derby Trial behind Anthony Van Dyck and this is another big step up in class.

Verdict: Thrown in at the deep end here and is again likely to be outclassed.

Positives: Has won two of his three starts and was impressive when winning a novice stakes at Lingfield before making the most of a good opportunity at Salisbury on his first start this season. His trainer has also scooped this race twice in the past.

Negatives: Has not achieved anything near what the majority of his rivals have and was not that impressive last time out in a race he should have won with plenty to spare.

Verdict: Clearly has ability but it would be a surprise if he was good enough to land a blow.

Positives: Improved considerably in a short space of time last season and ended his campaign with a game success in the Beresford Stakes. Suffered an interrupted preparation ahead of the Dante where he finished a never-nearer fourth on his seasonal debut. That run should have blown the cobwebs away and his breeding, plus the way he has shaped, suggest middle distances are certain to suit.

Negatives: Others have stronger form and he will need to improve again to be in the mix, plus he needs to leave his Dante run well behind.

Verdict: An improved performance is expected here with a run under his belt and he holds each-way claims.

Positives: Progressed nicely last season and landed a Group Three at Chantilly before completing a hat-trick of wins in the Grade One Breeders’ Cup Juvenile Turf. Represents last year’s winning connections and is bred to be an even better three-year-old.

Negatives: Disappointed in the Dante last time out and needs to bounce back to form plus the form of his two Group wins last season were nothing out of the ordinary.

Verdict: No obvious excuse has emerged from his run in the Dante and, although he is surely capable of better, he has a bit to prove.

Positives: Looked a horse with a big future when winning his first two starts last season, which included a Group Two at Leopardstown where he defeated Broome over a mile. Ran a respectable race in the 2000 Guineas, where he got outpaced before staying on again to finish fourth.

Negatives: He has a miler’s pedigree, so the step up to 12 furlongs is not certain to suit despite the fact he looked like he may stay a bit further at Newmarket.

Verdict: Should have more to offer but this trip poses a big question mark.

Negatives: Can race quite keenly and has work to do to reverse form with stablemate Sir Dragonet plus he can also get worked up in the preliminaries.

Verdict: Another that should be suited over this extra distance but it is hard to see him reversing form with his stablemate here.

Positives: Created a big impression when winning an extended 1m4f maiden at Tipperary on his debut in April and trounced his rivals in the Chester Vase 13 days later. Connections have paid £85,000 to supplement him and that looks a wise move considering he ticks plenty of boxes.

Negatives: Fast ground would be a question mark as it is arguable his rivals at Chester were not suited by the going, whereas this son of Camelot seemed to relish it. He also lacks experience which is a potential minus in a race of this calibre.

Verdict: Looked very good at Chester and, although there are a couple of question marks, he has to enter calculations with further progress likely.

Positives: Has shown consistent form in Group Two and Three contests since getting off the mark at Galway last year. Has been no match for Broome in his last two runs but an extra two furlongs should help him.

Negatives: Hard to see him troubling Broome even if he does progress again and may act as a pacemaker, having led in the majority of his starts.

Verdict: Should have more to give but his stablemates hold stronger claims.

Positives: Shaped with lots of promise behind Bangkok on his debut before bursting onto the scene with an emphatic win at Windsor. Proved that was no fluke when winning the Dante last time out, where he kept finding for pressure. The Derby trip should be no issue and he enjoyed the fast ground at York. Beat a useful field in that contest and still more to come.

Negatives: Has only had three starts and it will only be 16 days since his victory at York, where he had a hard race. Also needs to prove he stays an extra two furlongs.

Verdict: There was a lot to like about his Dante victory and has a huge chance if this race does not come too soon.