Should You Bet Closers in the Belmont Stakes? 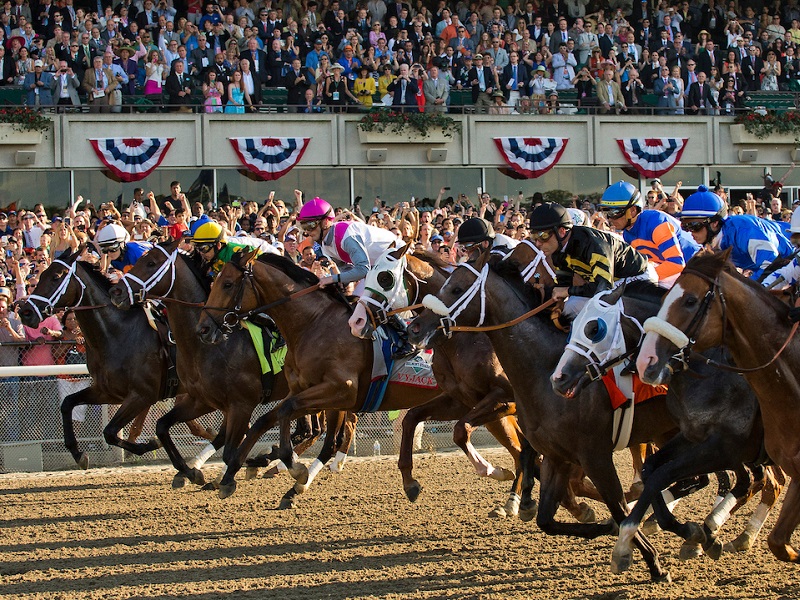 Conventional wisdom, which often in this handicapping game isn’t as wise as believed, says that you don’t want deep closers in the Belmont Stakes. So instead of accepting that at face value, let’s go through the last 10 results in this mile and one-half test to learn for ourselves.

2018: Justify wired the Belmont as the best horse. But Gronkowski rallied from 14 lengths last to be second, and Hofburg was eighth of 10 early and wound up third.

2017: Very little change occurred as the top 4 pulled the carousel and presser Tapwrit wore down pacemaker Irish War Cry to complete the exacta. Deep closer Lookin At Lee didn’t fire, nor did Senior Investment, after that pair hit the board to start the Triple Crown series at prices.

2016: Deep closer Creator won from 11th of 13, making up about 10 lengths. Lani came from a dozen or more back to finish third while pace player Destin held to split the closers in the exacta.

2015: American Pharoah wired en route to history. Each in the top 4 was within about 2-3 lengths the entire way, including third-place Keen Ice, who changed tactics and was much closer up than usual.

2014: Tonalist pressed the pace of Commissioner and just got past him in the final yards. The top 5 all were within about 5 lengths the entire way, including third-place Medal Count who stayed much closer to the pace than his previous bids. Rallying Derby runner-up Commanding Curve never fired from the back, while favorite California Chrome was a flat fourth throughout.

2013: Top 2 Palace Malice and Oxbow were into the pace mix from the outset within a few lengths. Favorite Orb rallied from a dozen lengths back, 13th of 14, to secure third money.

2012: Union Rags pressed the pace set by Paynter and eventually nailed that one nearing the wire. Deep closers Atigun and Street Life rounded out the bottom of the superfecta. Favorite Dullahan was unable to rally from ninth and wound up seventh.

2011: The Top 5 all were within about 5 lengths most of the trip as pressers Ruler On Ice and Stay Thirsty led the charge in the slop with pacemaker Shackleford tiring to fifth. Favorite Animal Kingdom was last early and managed only to split the field in sixth.

2010: The top 5 once again all were within about 5 lengths as stalkers Drosselmeyer and Fly Down ran 1-2 and edged past front-running First Dude, who wound up third. Deep closing favorite Ice Box never fired.

2009: Summer Bird made up 6 lengths over the last half-mile to win, rallying from 9th of 10 to storm past pace-making runner-up Dunkirk. Favored Mine That Bird rallied from last by 11 lengths to be third.

In summary, the last decade of Belmont winners has produced a single deep closer to win, Creator (2016), and another who made up significant ground in Summer Bird (2009). That means 8 in 10 were into the pace discussion early, up a bit from what we see as a national norm where two-thirds to 70% of races are won by speed/press types. On the win end, the past decade shows that deep closers aren’t your best option in the Belmont.

So conventional wisdom that you don’t want deep closers in the Belmont Stakes turns out to be true, based on the last decade of results. But they did thwart you cashing anything in the exotics in 2016 and 2018 most recently. Might that trend be turning, or do you rely on the full decade of results in your decision-making? That’s where you earn your ‘wisdom.’