Pick 4 Analysis: War of Will Has Another Go At It 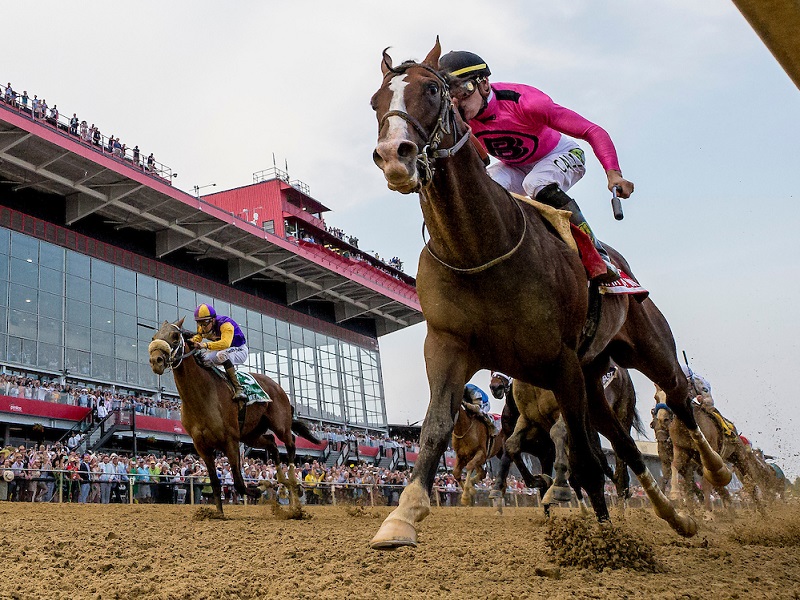 War of Will has a good chance to join the list of horses that have won of the three Triple Crown races, and he’s the choice here.

But he’s not alone on this Pick 4 ticket that ends with this running of the Belmont Stakes.

War of Will is deserving of a rest after this one, which completes his participation in the full series. That’s not easy to do; neither is getting the 1.5 miles. There’s no doubt in my mind that War of Will is the best horse in this one, but stablemate Sir Winston will be rolling at him, as will Tacitus.

War of Will’s chance for a Triple Crown ended early when he was chopped off at the knees in the Kentucky Derby. A splendid recovery occurred in the Preakness when got a perfect trip and held on with something left.

War of Will clearly is an upper-echelon talent, but consistency has not been his forte. And that gives you hope if you’re trying to beat him.

Sir Winston has a good kick and was second in the Peter Pan Stakes, and Tacitus was the Wood Memorial winner. Sir Winston was meant to run all day and Tacitus bypassed the Preakness for this.


Here’s a look at the other Pick 4 races on the Belmont card:

Race 8 (Woody Stephens S.): Complexity gets back to the races for the first time since the Breeders’ Cup Juvenile, when he went off at 5-2 and faltered to 10th. He has no shortage of good works for his return and is back to the track on which he won the Champagne Stakes.

Nitrous and Mind Control will keep Complexity from thinking this is a morning drill. Nitrous coasted to victory in the Bachelor Stakes and is a quality sprinter, while Mind Control looks to won the Bay Shore Stakes.

Race 9 (Met Mile): Mitole is the best six- or seven-furlong runner in the nation. Can he gets EIGHT furlongs? We’ll find out in what looks like a memorable dash.

Mitole has won six in a row dating back to April 2018 at Oaklawn. He will be the one to catch once they turn for home.

McKinzie has come on nicely since missing the Triple Crown races last year. Gift Box beat him by a nose in the Big Cap and he came back for an easy score in the Alysheba at Churchill.

Prince Lucky is the price horse in the mix. His poor finish in the Westchester can’t really be explained, but he’s reunited with John Velazquez and seeks a return to running as he did in outstanding victories at Gulfstream. Prince Lucky is hard to beat when he fires, and Todd Pletcher’s horse often fire over the Belmont strip.

Race 10 (Manhattan): Bricks and Mortar has won all four of his races since taking more than a year off and he escaped with narrow tallies in his last two. He’s been workmanlike and is a much use, but it won’t be a great shock here if he loses. Qurbaan lost to Bricks and Mortar by a half-length and Mike Smith keeps the mount, which is never a bad sign. Two other interesting runners are on the ticket as well: The longshot Epical and Channel Maker. Epical is troublesome on the front end and Channel Maker was up in time to win the Man O’ War last out.


Here’s a suggested ticket for the Pick 4 at Belmont Park on Saturday: