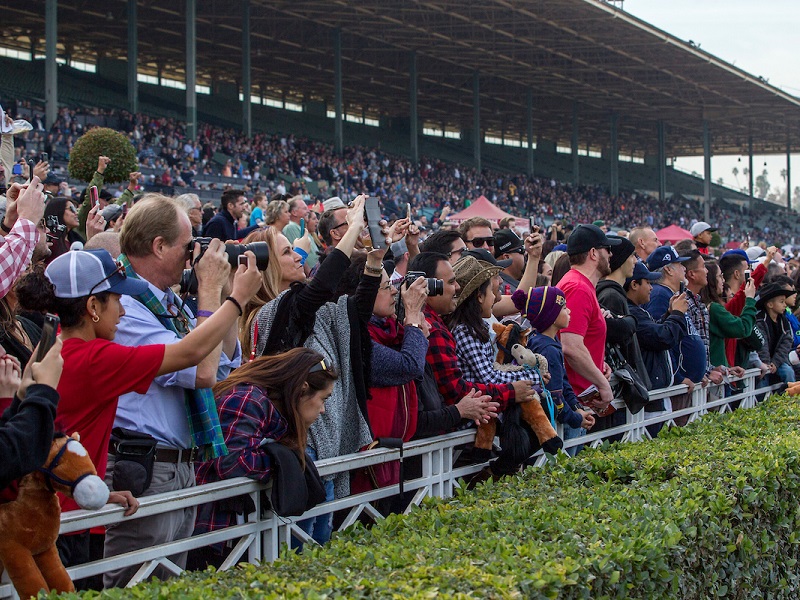 Millions celebrated Father’s Day on Sunday across this great country, and thousands of them joined for camaraderie at the racetrack. Perhaps no other pastime has been as dependent on mentorship as developing a love for the horse races. It’s a passion that can be self-acquired, but a process that almost begs of someone showing the next generation the ropes.

Secretariat captivated many to the races in the 1970s; John Henry and Cigar followed suit in the 1980s and ‘90s; and the likes of Smarty Jones, Zenyatta and American Pharoah did their part in more recent decades. But for every 31-length memory, or ageless wonder pulling victory from the jaws of defeat, or 16-race winning streak, or horse from the wrong side of the tracks, or even Triple Crown realizations, there has been a need for what’s next. The curious need nurtured, and they need a person or persons willing to put in the time to develop them from an interested party into a pari-mutuel participant.

For many of us, myself included, Dads filled such a role. Or perhaps it was Mom, or an Uncle or Grandparent. The gender and title don’t matter as much as the mentor’s mere presence. Regardless of who delivered the guidance, the vast majority of eventual horseplayers began with a guiding hand from another. Someone taught you the daily double from the pick three, a filly from a mare, or the nuances of reading the toteboard for overlays.

But today’s society is far different. The internet and social media age has devoted us to screen time, not face-to-face interactions. We don’t learn plumbing from a neighbor or grandparent, but rather by Googling a Youtube video on clogged drains. If we don’t understand the intricacies of ice hockey during Game 7 of the Stanley Cup finals, we need not be next to our friends rinkside or in a sports bar to explain it. We use our thumbs for 30 seconds on our phone and become instantly informed. We don’t learn everything and every nuance, to be sure, but we learn enough to get by and quench a quick thirst. Soon after, we forget about it until the next time we need it; then we just look it up again. Thirty seconds with our thumbs has taught us it’s that easy.

We don’t learn information in today’s world, but rather learn how to find it on-demand. Don’t believe me? How many phone numbers do you know today vs. 10 years ago? When is the last time you read a map vs. trusting an app to get you to a new city? Handicapping and betting horse races is memorizing phone numbers and learning where things are on maps. That is, unless you have an app for that …

Technology isn’t alone in the world of change. Families also aren’t what they once were. The decline of the American family has left fewer authority figures, on average, in our households. This isn’t some sort of statement of machismo or sexist-leaning commentary. It’s mathematics. Fewer family units mean fewer extended families, grandparents and the like. There are fewer Moms, Dads, Aunts, Uncles, Grandmas and Grandpas in our lives to pass along anything requiring mentorship, not the least of which is horse racing. My guess is those close to hunting, fishing and baking could tell you the same thing. These are rites once passed along by adults to the next generation, male or female.

So as horse racing battles itself in how to position for the future, especially in this toxic environment of 2019, we must realize that a major void exists in our once built-in developmental process. Father’s Day reminds us that we were lucky to have such influential forces working for free in this industry for so many generations. Now we have to fill the voids at what figures to be a very expensive cost ... and pitch it to an audience that has been taught to find it and forget it.