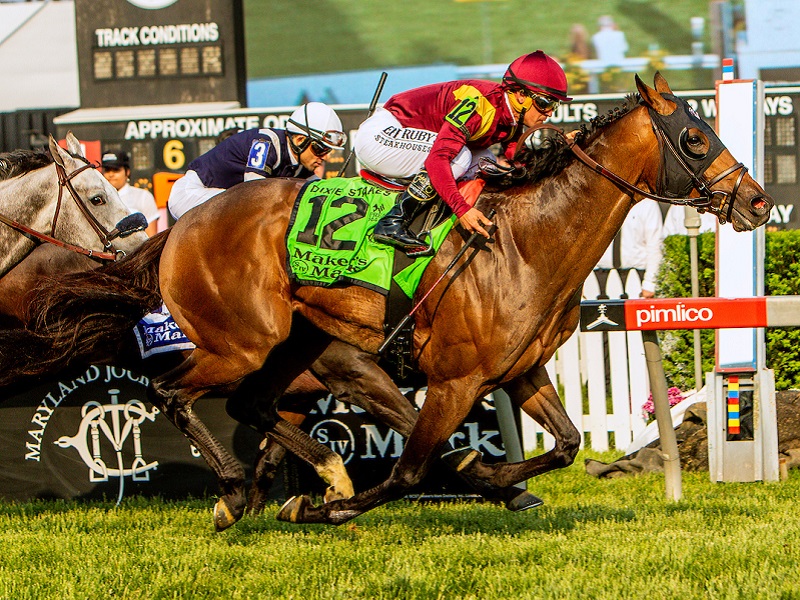 Regardless of distance or surface, Catholic Boy is often the one to beat -- that’s certainly the case in the Grade II $700,000 Suburban Stakes on Saturday at Belmont. The 10-furlong race on the main track is the last of the late Pick 5 and All-Stakes Pick 4 on the card.

Catholic Boy was a winner on the 2018 edition of this card, but it was in the Grade I Belmont Derby on turf. To prove he doesn’t have to take his track or surface with him, he followed with an easy win in the Grade I Travers over the Saratoga main track.

Set to provide the strongest opposition are Marconi and Rocketry, the 1-2 finishers in the Grade II Brooklyn Handicap on June 8. Marconi carved out incredibly slow fractions and held on by a half-length over Rocketry, who came from far back despite those fractions. A turnabout in those results would not be unexpected, but the one they all have to beat is Catholic Boy, who won both of his Belmont turf starts in his career but has never started on the main track. Marconi and Rocketry could benefit from having a race over the track, and for that reason are included on this suggested ticket.

Catholic Boy tried the Breeders’ Cup Classic last fall at Churchill Downs, never got involved and was eased. It was a rare blemish on an otherwise terrific set of past performances. He’s a mere $8,000 from the $2 million mark in earnings, and he has an excellent chance to get past that milestone and runs his record to 8 of 12 for trainer Jonathan Thomas.