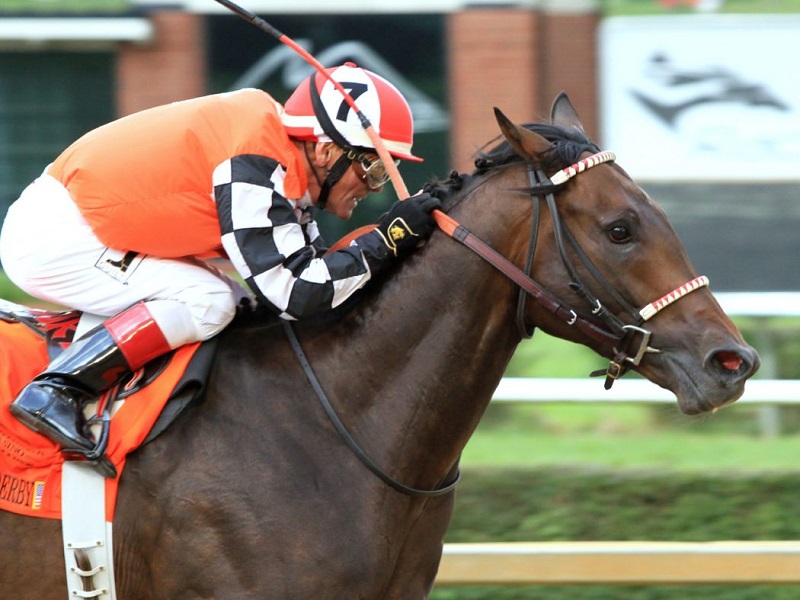 A couple of weeks ago I attended a Yankees AAA game in Scranton-Wilkes Barre that was dubbed Pirates & Princesses Night. Kids dressed in their favorite costumes, while the outfield electronic scoreboard photo-shopped each player’s picture with eyepatches, swords, tiaras and sparkles. I couldn’t help but think to myself: This is one step away from Mickey Mantle, Babe Ruth, Reggie Jackson and Derek Jeter?

But as the night wore on, I got used to the hijinks and let down my baseball historian face. Turns out, there’s still a huge chasm between the minor and major leagues … even if this era makes the Little League World Series out to be a majorly big deal.

So it came to some surprise Sunday morning when I flipped on a recharged smartphone to find the internet a-flap over the West Virginia Derby at Mountaineer and Saratoga's G1 Whitney running at the same time. Further, I was even more eye-brow raised by some credentialed, working media professionals taking pot shots at fans of Patch, the post-time favorite at The Mountain.

I was at Mountaineer working on behalf of the racetrack, a longtime sponsor of our Night School program at Horseplayernow.com. So I do come at this with some bias, and also some very real perspective. First off, it was a fabulous day at a minor league track, bustling with reportedly more than 13,000 fans – all of whom enjoyed free parking, free admission and a great time. I personally handed out $1,000 in free betting vouchers (50 at $10 and 100 at $5 each) on behalf of Mountaineer to get newcomers a head-start in their betting endeavors. I also taught individuals and groups throughout the day about the horseplaying process.

Mountaineer is a minor league track with one major-purse race all year, the $750,000 West Virginia Derby. It has become an afternoon on-track event for fans and players in the Tri-State area of WV, PA and OH. Every other card of the year, Mountaineer races under the lights, primarily on “off” days of the big tracks in search of the most simulcast dollars.

But West Virginia Derby Day is different. It’s an on-track promotion. It’s about getting a crowd out 10 times as big as any other day of the year and seeing if you can’t make a percentage of them more regular fans/horseplayers. That’s where we come in with the Night School Tour, teaching both newbies and regular guests alike how to best leverage their brains and bucks in this pursuit.

Post time for the West Virginia Derby got pushed back further and further as the eighth race on a nine-race card. Why? Because the on-track experience was most important to Mountaineer and its betting lines, food lines and bathroom lines were long. The minor league track had a mid-major to major-sized crowd and taking care of those folks took priority.

It’s fair to argue that post for the WV Derby could have been pushed back even further and not overlapped with the Whitney. But it’s not fair to argue that Mountaineer “dragged” post time later for a poor reason. The later post was because of the on-track experience needed the extra time. I know for a fact that some players went to the windows at 18-19 minutes to post and were shut out on earlier races. It happens on a big day. Then tracks add minutes between races to accommodate.

Handle took a hit by running so close to the Whitney and that’s a financial assertion worth considering. My rough math shows a Derby down $200k-$300k based on the year-to-year charts. If your goal was simulcast handle for the day, then it was a bad mistake. But I contend that when you change up to run a nighttime signal at 2 p.m. eastern and go head-to-head with Saratoga and Del Mar, you’re not in it for the simulcast audience.

West Virginia Derby Day is an on-track experience once a year and they played to the local crowd, even if at the expense of their own pocket books short-term and simulcast viewers wanting to see both races. During the course of talking to literally a few thousand fans/players during the day on Saturday at Mountaineer, I did have two people ask me what I thought about the Whitney. That’s not exactly scientific polling, of course, but I can’t say there was any palpable, sizable local response to the two races going off at the same time. No doubt, there were some peeved.

The minor league feel of the West Virginia Derby was fantastic on-track, an affable crowd that was enjoying themselves and grateful that the Night School Tour was there to help. They offered me food and drink from their personal baskets, as well as offered to run bets for me, wait in line for concessions and even share pictures. It was a festive, fair-like atmosphere on the apron’s expansive patio deck.

Meanwhile, the G1 Whitney was on national television and taking part on the nation’s top-rung of racing. Fact is, things happening in New York, California and Kentucky are major league most of the year. The minors are the minors, even when they put up $750,000 and dab their toe into the graded stakes ranks. The majors and minors need to co-exist, but they don't need to be conflated as the same product. I don’t mind that so much looking back on things – just like the pro ballplayers being photo-shopped into princesses and pirates.

Speaking of pirates ... this brings me to a few questionable tweets from racing professionals regarding WV Derby favorite Patch. I personally purchased a bulk allotment of costume eyepatches and handed them out 1-by-1 to interested fans and players at Mountaineer on Saturday. It was a fun way to show their support for Patch, the one-eyed horse who gained popularity through the Triple Crown. Those who wore the patches were folks aged 4 to 91 literally (I asked) and from all walks of life and experiences. All smiled at the concept, received a little extra sunshine on their trip to the racetrack and had a rooting interest. That was my initial hope, so mission accomplished.

But what I did not expect, and what truly became the takeaway on “patch” day, was the number of people who came out to root for Patch because they not only wanted him to win, but they identified with him. Children in leg braces, elderly folks in wheel chairs, kids with autism whose parents couldn’t wait to tell me about how much Patch gave them a boost. If you’ve ever teared up at the movie Dolphin Tale, you would understand what I mean.

So, to those professional racing media folks who couldn’t wait to laugh at the minor league crowd wearing eyepatches and punch at Patch for being a sentimental joke on the toteboard, I wish you could have been there to take a step back and learn a life lesson.

I’m glad I was at Mountaineer on Saturday for a large number of reasons. It’s a shame social media made it out to be a flurry about post times and further weak attempts at zingers.