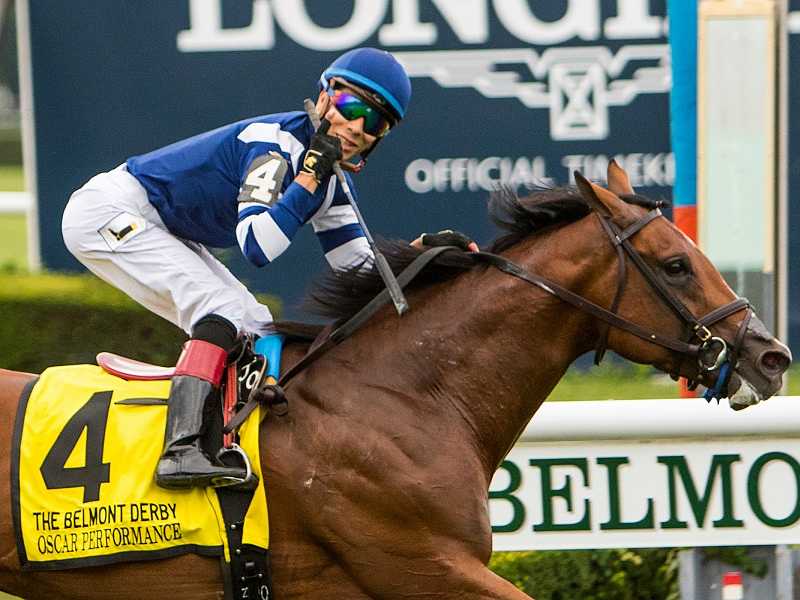 Arlington Million Day at Arlington Park is one of North America’s premier afternoons of turf racing, with five graded stakes races worth $2.35 million. This year’s Million attracted a field of 13, including 11 who have won graded stakes races (six are Group/Grade 1 winners). The card features nine European shippers, who will be ridden by the likes of Frankie Dettori, Ryan Moore and William Buick. The North American jockey contingent is headlined by Jose Ortiz, Irad Ortiz Jr., Florent Geroux, Julien Leparoux and Joel Rosario. Saturday’s 12-race card kicks off at 1:15PM ET and continues through the Grade 3 Pucker Up Stakes, at 8:02PM ET.

If you bet the Arlington Million card with Xpressbet, you have the chance to Split 1 Million XB Rewards Points. To win your share, hit Exacta bets ($2 base minimum) on four different races throughout the card.

Plus, Arlington is offering a bettor-friendly wager menu on Saturday, including:

Here are my picks:

One of the day’s most exciting and competitive races is going to the Secretariat Stakes, which attracted the top three-year-old turf horse in the US, Oscar Performance (8/5), Royal Ascot Group 1 winner, Permian (9/5), French star, Afandem (9/2) and Coolmore’s Taj Mahal (5/1). Not bad for a six horse field. And ironically, this race may boil down to how Julien Leparoux rides Sonic Boom (8/1). The versatile son of More Than Ready has won races from midpack and on the front-end, and that early speed could prove quite the hindrance to Oscar Performance. With Oscar Performance, last year’s Breeders’ Cup Juvenile Turf winner, we’ve seen that he’s virtually unbeatable if he makes the early lead and Jose Ortiz can dictate the pace, but he’s extremely vulnerable if pressured early. Today’s rival jockeys, including Leparoux, William Buick, Frankie Dettori and Ryan Moore, are savvy and I have a hard time believing they’ll allow Ortiz an easy lead. Permian may be one of the best three-year-olds in the world, and looks to be the horse to beat Saturday. Don’t discount the others, but if he brings his A-game, they’re all running for second.

For the first time, the European contingent for the American St. Leger is non-existent. And for a race won in 4-of-5 years by shippers, that’s something worth noting. America won the St. Leger for the first time last year with Mike Maker’s Da Big Hoss, and he’s back with two horses this year – Taghleeb (2/1) and Keystoneforvictory (5/2). Of those, I prefer the latter. Taghleeb won a pair of races at Gulfstream Park this winter, but his form seems to have tailed off significantly this summer. Keystoneforvictory, on the other hand, is going in the right direction, having just won the Grade 3 Stars N Stripes here on July 8. Overall, he has won his last four starts in the US, with the lone defeat in that span coming at the hands of Dorsett in the Barbados Gold Cup. Postulation (5/1) blew the doors off the field last out in a minor stakes race at Delaware Park and would be dangerous if he can repeat that effort.

Sometimes in racing, you just have to take a shot. And in the Beverly D. Stakes, I’m throwing my support behind a true longshot, Sarandia (30/1). She’s conditioned by Peter Schiergen, who trained 2011 Arc de Triomphe winner, Danedream, and rides a two-race win streak into Arlington Park. And if you go back far enough, you’ll see this filly was second, beaten ½-length in the 2016 German Oaks, and was favored in last year’s Premio Lydia Tesio, a marquee race in Rome. Her best races have come over dry turf courses, and that’s what the connections are hoping for at Arlington Park. Rain Goddess (5/1) is an Aidan O’Brien trainee who has finished second in a pair of Group 1 events in Ireland, but she is still just 1-for-7 in her career and has lost six straight races. Of the Americans, the Chad Brown-trained duo of Dacita (4/1) and Rainha Da Bateria (6/1) appear formidable. Brown has won the last two editions of the Beverly D., and neither of this year’s entrants would be a surprise. The ML favorite is Dona Bruja (7/2), who has one a pair of Grade 3 races since moving to the US from Argentina. This is just a big step up in class, and I’m willing to take a ‘wait and see’ approach with her.

Since 2000, European-shippers have won 7-of-17 editions of the ‘Million, including last year’s version with Mondialiste, who opted not to make a return trip this year. But even with the defending champ sitting this one out, the European contingent, once again, appears formidable. Deauville (7/2) goes out for two-time Million winning trainer, Aidan O’Brien, who captured the 2011 and 2005 editions of the race. He finished third, beaten ½-length, in last year’s Million, and should relish a return to firmer going. My top pick in here, however, is Scottish (8/1), who will be ridden by 2010 ‘Million winning jock, William Buick. This is just Scottish’s second start of the season, but last year was a banner year that saw him finish first or second in 4-of-5 races, including the Group 1 Caulfield Cup in October. He started his season with a solid 5th, beaten 3-lengths, by Highland Reel at Royal Ascot. Mekhtaal (9/2) won the Group 1 Prix d’Ispahan at Chantilly in France in May, but drew such an impossible post (#13) that I’m not sure Frankie Dettori’s magical touch can overcome it. I’ve always been a fan of Chad Brown’s Beach Patrol (5/1), but I can’t help but shy away from a horse that has lost six straight races. Kasaqui (10/1) was beaten just a neck in this race last year at 12/1, while Divisidero (5/1) is a who won the Grade 1 Turf Classic two starts back.