What 25 Years in Racing has Taught Me 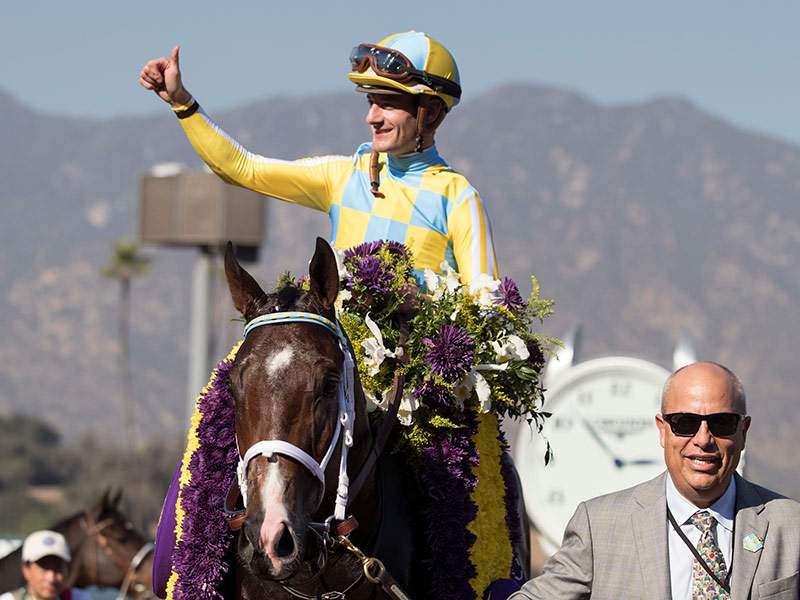 Twenty-five years ago this month I was an intern at Churchill Downs with my first job in the horse racing industry. I had the chance to take in a few other firsts as part of that gig. Our staff helped open Hoosier Park on September 1, 1994 and then aided Turfway Park in the presentation of the inaugural Kentucky Cup on September 24 that same month.A quarter-century later, racing at Hoosier Park never took hold and neither did the Kentucky Cup. Hoosier reverted to only harness racing during the 2013 season, has been sold multiple times and relies heavily on a since-added casino (like many tracks). The Kentucky Cup bit the dust after 2011 and portions of it, sort of, have been revived on the local undercard in March in the past two years. In fact, Turfway Park no longer runs its September meeting, banished to winter racing in Kentucky and now facing a perilous future at that.What was brand-spanking new in September 1994 mostly missed the mark. Add to that list a since-abandoned National Best Seven Wager, which would have been taken down by yours truly and fellow intern Darren Rogers on our $24 halfsies ticket had Fastness not lost by a length to Blues Traveller in the October 1, 1994 Bay Meadows Handicap. Grudges, yeah we horseplayers have a few. Old wounds don’t heal.Darren and I both made it though. That’s the silver lining. He went on to become communications chief at Lone Star and eventually back at Churchill Downs. I’ve managed to bluff my way through a career part-corporate, part-entrepreneur. We both built families and some comfort while chasing our passions. You can’t ask for any more than that from a livelihood.The moral to this story is that racing’s next 25 years, just like its last 25, isn’t about the ideas; it’s about its people. Racetracks will pop up and struggle to succeed. New-fangled series will come along and catch some interest for a while, but likely fade – hey, that inaugural Kentucky Cup featured Tabasco Cat vs. Best Pal, and the series would be buoyed in follow-up years by the likes of Thunder Gulch, Silver Charm, Point Given and a Hard Spun vs. Street Sense Kentucky Derby rematch. Someone will cobble together another new wager that has fair-enough industry support like the National Best Seven, but just won’t really catch on enough to change the landscape.New tracks, new stakes and new wagers all have been tried with mostly flat to negative results.None of America’s top racing venues today were built since the 1930s. Think about that. Gulfstream Park, which opened in 1939, is the youngster of the group (though certainly underwent a modernization in the past decade). All of the top-handling tracks are woven in the fabric of racing history – Saratoga, Belmont, Aqueduct, Keeneland, Churchill, Santa Anita, Del Mar, Oaklawn, Fair Grounds and even Tampa Bay Downs date that far back or longer. The tracks built from the 1980s on haven’t taken hold as major racing venues despite mostly hot starts and industry pushes – think Lone Star Park, host of the 2004 Breeders’ Cup. Almost this entire generation of racetracks has morphed into racinos from Remington Park to Canterbury Park to Prairie Meadows and more.New stakes also have been tried to pique interest, most recently 3-year-old turf triples in New York for both the colts and fillies. Good luck noticing any additional handle, attendance or public interest there. That’s not a knock for trying something new; it’s just an example of been there, done that. The Sunshine Millions was supposed to pit Florida and California’s breeding programs in a high-dollar showdown with national ad buy time on NBC Sports. It was an expensive advertisement that never caught on. State-bred championship days have popped up all over the racing map trying to recapture what the Breeders’ Cup accomplished. They’ve been mostly successful for state breeders and local horseman, and in some cases like the Maryland Million good for local event attendance, but widely invisible to the national wagering public. The Breeders’ Cup came about in 1984 and absolutely was historic in terms of a race/series changing Thoroughbred racing. But we’ve learned in the 35 years since that there’s not much space between the Triple Crown and Breeders’ Cup for a new race or series to be demonstrably important to the health of the industry. The Pegasus World Cup came along in 2017 and stands the best chance to be the exception. It’s kept Breeders’ Cup Classic winners around an extra 3 months before retirement and generated some massive handle days. Longevity will be the challenge.New wagers also have come and gone, introduced both at the minor and most major of leagues. The dime superfecta took life at fresh-faced Sam Houston and was adopted by the big boys. The jackpot, single-ticket pick sixes were the marketing braintrust of since-defunct Beulah Park and now commonplace. The pick four was unveiled at the 2000 Breeders’ Cup, the top of the heap. They’re now part of the multiple-times-daily regular menu at everytrack USA. But they haven’t presided over budding national handle. They’ve been a part of the slide and not the answer. In fact, racing economists, old folks and common-sensers alike argue that they’ve contributed to the downfall with less churn, higher takeout and a bankroll-emptying impact on a higher percentage of players.Maybe it was a longshot to last 25 years in this industry as I look back on it. Consider that since then we’ve lost Hollywood Park, Hialeah, Garden State, Atlantic City, Rockingham and Suffolk among others. For any individual to outlast that history is pretty sobering.Creativity looks good in a Power Point presentation. But racing organizations must invest in the right people who care enough about this game, and are smart enough to do something about it, to move it forward.