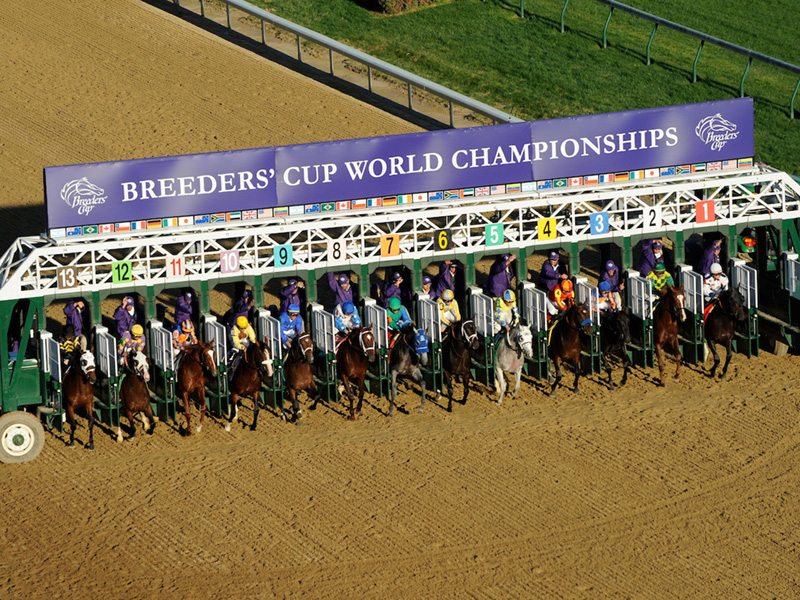 The headline event on Breeders’ Cup Friday has become the Juvenile, which gets to sit at the head of the kid’s table on the day of 2-year-old showcases. We won’t waste a second of the gallop-out before looking ahead to the Kentucky Derby prospects, of course, but this year’s field could be as interesting as it’s ever been heading into the race.That’s because we have highly impressive prep winners coming from literally all corners of the country. Most years, there will be one or maybe two Juvenile players ahead of the class coming into the Breeders’ Cup. As of today, there are four, possibly five, who really intrigue this eye. Let’s take a look at them by region.CaliforniaThe only horse capable of beating Eight Rings this year in California has been, well, Eight Rings. His 6-length blowout win in the Grade 1 American Pharoah at Santa Anita stamped him clearly back on the beam after ducking and losing his rider at the start of the Del Mar Futurity. The American Pharoah runner-up American Theorem appears a high-quality individual, so there was ‘something’ behind Eight Rings in the local prep. His trainer Bob Baffert has won the Juvenile 4 times, including a win (Game Winner) and runner-up (Solomini) in the past 2 editions.KentuckyDennis’ Moment, like Eight Rings, has been his only foe in Kentucky. He clipped heels and fell in his debut at Churchill Downs in his June 23 debut. Since then, he smoked an Ellis Park maiden field over 7 furlongs by 19-1/2 lengths and returned to Churchill to win the Grade 3 Iroquois around 2 turns while wrapped up late. The son of 2-time Breeders’ Cup Classic winner Tiznow purposely was kept clear of an October prep to be fresh for the Juvenile by trainer Dale Romans’ design. His veteran sire has proven he can have a 2-year-old ready for Breeders’ Cup glory, witnessed by 2005 Juvenile Fillies winner Folklore.With Dennis’ Moment in his stall on Saturday, Maxfield announced emphatically that Kentucky has more than one rising player in the Juvenile ranks. He dusted what appeared a solid field in the Grade 1 Breeders’ Futurity at Keeneland with a sweeping move off the turn and drew off by 5-1/2 widening lengths. Trainer Brendan Walsh earned his first Grade 1 victory in the process, though owner Godolphin is no stranger to Breeders’ Cup success. Maxfield is a son of 2006 Breeders’ Cup Juvenile winner Street Sense, who, of course, went on to win the ’07 Kentucky Derby. Maxfield is now 2-for-2 with a pair of wins at a mile or more. His closing kick provides a unique feature for a horse at his stage of development.New YorkAfter seeing his debut win at Saratoga, I Tweeted something to the effect that we just might have seen the second coming of Funny Cide. Tiz the Law not only validated that speculation in Saturday’s Grade 1 Champagne Stakes reappearance at Belmont Park, but he underscored it in bold print. Sackatoga Stables and veteran trainer Barclay Tagg have a dandy on their hands again. Tiz the Law left the confines of New York-bred company and cruised to a 4-length victory over the 1-turn mile while easily defeating the previously unbeaten Saratoga Special winner Green Light Go. He cleared the open company question far faster than his stable predecessor Funny Cide, winner of the 2003 Kentucky Derby and Preakness. Tiz the Law is by red-hot, first-crop sire Constitution and his damsire is two-time Breeders’ Cup Classic winner Tiznow. But the connections indicate the Juvenile is unlikely with the goal to return to Louisville on the first Saturday in May.FloridaChance It cruised by 7-1/2 lengths in winning Gulfstream Park’s finale to the Florida Stallion Series, the In Reality. He showed that first-over, tactical speed that wins big races. Better yet, he maintained a tempo that didn’t slow considerably late like most 2-year-old route races. Trainer Saffie Joseph, Jr. has been lighting up Gulfstream Park at a high percentage over the past year and 2019 has been his coming out party nationally with Math Wizard winning the Pennsylvania Derby. This son of Currency Swap is notably a product of damsire Pleasantly Perfect, who won the Breeders’ Cup Classic at Santa Anita and twice the Goodwood over that track.