What Can Happen When a Rule Book is Written in Watercolors 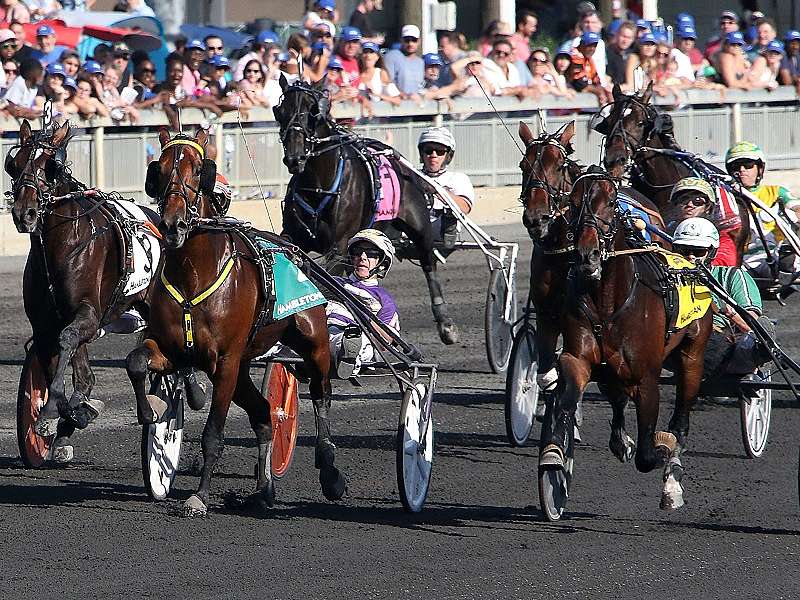 Since the 92nd running of the Hambletonian on August 5th, there have been many articles written which identified the curious circumstances surrounding the outcome of the race. There's a bigger focus because the Hambo is the signature event for harness racing. It was televised on a national basis which also means the hit or miss nature of disqualifications was more of an embarrassment. It was a curious display of what could go wrong when a rule book is written in watercolors.

The biggest take away should be the sport has no leadership to speak of, and doesn't have a unified rule book in place. What struck me as a critical issue wasn't only what horse should have been disqualified or not. It's the scattered nature for decision making and that the betting interest of the public is not given the proper importance. Very little regard has been given to the people who support the sport and bet on the outcome of races.

Race tracks seem to do whatever they think is correct. Some judges-stewards will speak to a driver after a race when there is an inquiry and discuss a possible disqualification, other don't. Most concerning is the reason that has been given to not speak to drivers in an inquiry situation.  What has been reported about the judges at the Meadowlands is they don't bother to ask drivers their opinion because they do not trust them to tell the truth.

What The Hill, driven by David Miller crossed the wire first but was disqualified and placed ninth for interfering with Guardian Angel As in the stretch. Miller contends Guardian Angel As drifted out slightly and that was the reason for the contact. A case could be made the favorite, Devious Man driven by Andy Miller drifted out as well as he was to the inside. Also, the race winner Perfect Spirit appeared to be in more than one lane going towards the finish line. In the end, the apparent winner What The Hill was the only one punished and placed ninth. This resulted in second-place finisher Perfect Spirit being crowned Hambletonian Champion. The judges were in a tough spot because there appeared to be a series of events involved and they took it upon themselves to decide in a short time without any input from participants.

Then in a move which defies logic the judges didn't disqualify Victor Gio It even though they classified the break of International Moni as occurring because of interference. Evidently, the judges felt they could call an interference break without disqualifying the horse that caused the interference. By the judges not asking Gingras for his account, it was only natural for him to keep his mouth shut.

Gingras has an obligation to the owners of Victor Gio It, first and foremost, and he isn't going to put them in jeopardy of losing purse money. The driver of International Moni, Scott Zeron did call the judges later and gave his account but it fell on deaf ears for the most part. David Miller and other drivers were never contacted by the judges.

So, the driver who has direct control over the horse isn't trusted by the Big M judges to honestly state the facts. But the betting public shouldn't let that deter them from placing a wager on a race in which a driver is an integral part. No person has a bigger influence on the outcome of a harness race than a driver.

Going a step further, a driver has an obligation to represent the owner, which precludes them from coming forward voluntarily with their views. So they should be questioned, and in a race of this magnitude if they won't tell the truth then, why would anyone trust them enough to place a bet on a race? This isn't a $15,000 claiming race in February, this was the Hambletonian which has more media coverage and TV cameras involved than any other harness race. It would seem likely a driver would state the facts accurately.

The irony of it all is drivers are called at some race tracks by the judges-stewards to give their account of the circumstances surrounding an inquiry. This takes place in cheap claiming events, but not the case at the Meadowlands, the mecca of harness racing in the United States.

If you are confused don't be because this is exactly what can happen when there isn't anyone in charge of the show. In harness racing every state, every race track handles rules as they see fit.

So, sometimes it's okay to talk to a driver and sometimes it isn't, but rest assured it's always a good thing to place a bet.