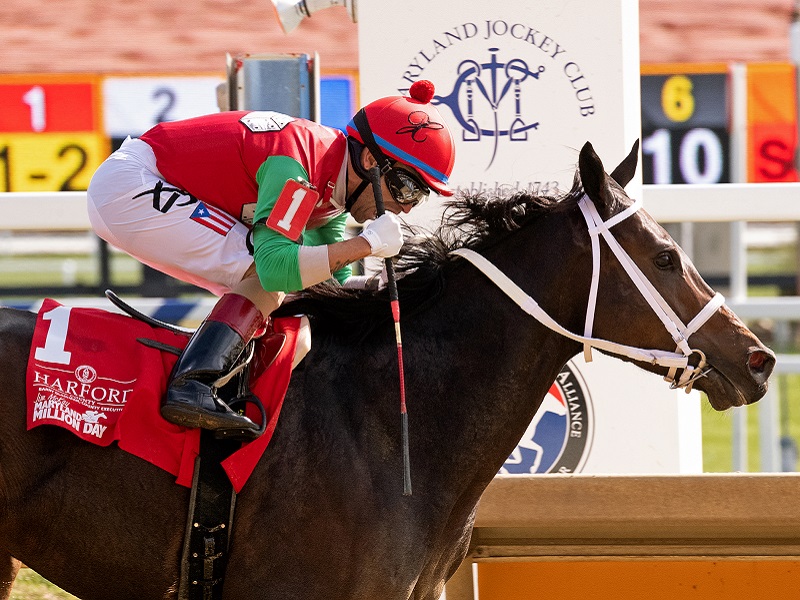 Heavens Whisper runs Wednesday night at Remington Park, and most all of the Thoroughbred community won’t find anything special about it. But a victory would make this 4-year-old filly the nation’s first runner in 2019 to reach 9 victories. In an era of limited starts by the game’s best runners, let’s celebrate the year’s top win machines.Heavens Whisper won’t have a waltz in starter allowance company Wednesday night in Oklahoma City. Tapindeed also is in the field, and she’ll be trying to reach the 8-win mark and join the national leaders for 2019. Heavens Whisper has won at Fair Grounds, Oaklawn, Prairie Meadows and Remington Park this year while changing hands from Steve Asmussen to Karl Broberg to Luis Villafranco. She has won from 5-1/2 furlongs to 1 mile and 70 yards.Nationally, 14 different horses have won 8 times this year. None are perfect, but 4 of them boast 8-for-9 records: West Virginia-breds Penguin Power for Jeff Runco and Cuttin Edge Tech for Kevin Patterson at Charles Town (and both are by sire Fiber Sonde); Ohio-based, Georgia-bred Sensational Ride for Jeff Radosevich; and Exclusivo on the island of Puerto Rico. The West Virginia-breds have been prolific as noted and also include multiple stakes winner and 8-win club member Anna’s Bandit (pictured above) for Jerry Robb in Maryland. She’s bagged more than $350,000 this year to lead the earnings among the most prolific winners on the year.Other 8-time winners on the year include the Anthony Farrior-trained Lonely Drifter, a South Carolina-bred who has canvassed the mid-Atlantic; Mr. Benz, victorious at Oaklawn, Canterbury and Zia Park; New Jersey-bred Phonemyposseagain, a second Kevin Patterson trainee on the list based in West Virginia; Cal-bred Insubordination, a well-traveled winner at Delta, Fonner, Columbus, Prairie Meadows and Zia Park; Golden Gate Fields-based Amber Louise reached the mark with a win Sunday; General Mach Four, Cantchaco and Masters Bluff all have ran up their totals in the Pacific Northwest.Just below the 8-win club comes the first of the nationally recognized runners, Midnight Bisou, who had won all 7 starts on the year before a belated rally for second in the Breeders’ Cup Distaff. And next among the national players would be Bricks And Mortar at a perfect 6-for-6 on the year, and Mitole at 6-for-7. But those runners are finished for the campaign. From here out, the fun comes at the lower levels as we see who can sprint to the finish first the most times in 2019.Every year since Equibase's seasonal standings began in 2000 includes at least one, most times multiple, winners of 10-plus races. So chances are, these win machines aren't done yet.