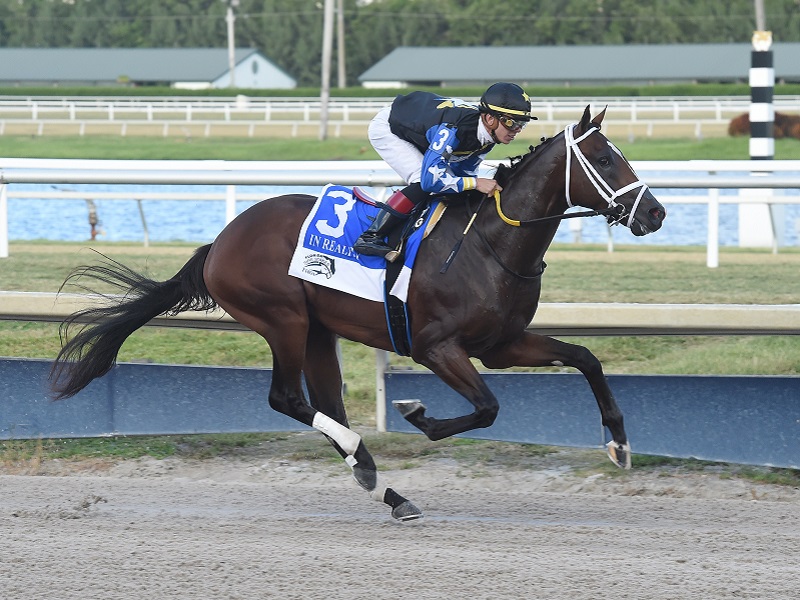 The 2020 Triple Crown Trail is already underway and the Florida and California paths to the Kentucky Derby, Preakness and Belmont start this Saturday with the Mucho Macho Man Stakes at Gulfstream Park and the Sham Stakes at Santa Anita.

Saturday’s Gulfstream Park card includes five stakes races for 3YOs and Santa Anita’s Saturday docket also features the G2 San Gabriel Stakes. So no matter what you’re playing, there is an awful lot of stakes action for you to chase.

And for those looking for some great promotions this weekend, check out these three offers:

Enough of the ads…let’s take a look at the fields assembled for the Mucho Macho Man and Sham!

#1 South Bend (Hough/Leparoux) - 9/2: The best proven dirt closer in the field will likely be a fair price on Saturday. He went into the G2 Kentucky Jockey Club Stakes at Churchill Downs as the popular 5/2 second betting choice behind Tiz the Law and raced more forwardly than normal, ultimately tiring to finish 6th.  This race marks a return to one-turn racing, a return to (hopefully) a fast track and an ability to sit midpack instead of near the front.  With a fast early pace, he’s going to be one to watch down the lane.

#2 Chance It (Saffie Joseph Jr./Tyler Gaffalione) - 9/5: The expected race favorite won 3-of-5 races as a 2YO, including the Dr. Fager and In Reality legs of the Florida Sire Stakes series at Gulfstream Park.  Accolades aside, he will need to overcome the fact that a number of his rivals are soon going to catch up to his precocity.  He logged all five starts between June and September last year and he hasn’t been seen since. Is he back at 100%? His workouts say yes, especially his December 29 work that was the fastest of 114 going that distance.  His inside draw hurts his forward running style and I can’t help but wonder if it’s time for someone else to shine?

#3 Smash Factor (Yates/Ortiz) - 10/1: He’s a speed horse with a questionable pedigree for route racing, but that’s a similar sentiment that I have about several of these.  He’s a pace presence and he actually beat Chance It in a maiden race on June 1.  But can he take this field gate-to-wire going a one-turn mile?  It’ll be difficult.

#4 As Seen On Tv (Breen/Lopez) - 5/2: He’s bred to route but has never been beyond 6 1/2-furlongs and his early speed and aggressive rider (Paco Lopez) could prove a detriment in a field loaded with frontrunners. To his benefit he drew outside of Chance It and Smash Factor – and he beat Smash Factor last out at Gulfstream Park West – but can he throw it down early and hang around late? Having Lookin At Lucky and Pulpit in his pedigree doesn’t hurt.

#5 Ashaar (McLaughlin/Bravo) - 10/1: He followed up a debut 80 Beyer with a disappointing 5th in the G3 Nashua at Aqueduct, beaten 19 3/4-lengths as the favorite by the highly regarded Independence Hall.  What went wrong that day and how can they avoid it going forward? He never looked comfortable in the Nashua and breaking from the outside post forced him into the teeth of a fast pace while racing wide.  I’d rather see him try to sit midpack this go around, but it’s hard to have too favorable an opinion of him without seeing a better start under his belt.

#6 Sole Volante (Biancone/Panici) - 8/1: Sometimes you have to take chances in this game and I’m going to go with this one on Saturday despite it being his first dirt start.  His two prior races – both wins – came on the turf and he unleashed a visually impressive closing kick both times to move from far back to the front in the matter of a few strides.  If he can translate his form to the dirt – and I agree, that’s a big if – he’ll be rolling light a freight train down the stretch.  If not he goes back to the turf and wins a few more races during the Championship Meet.

#7 Inter Miami (Delgado/Ortiz Jr.) - 6/1: Here’s another one that is bred to sprint and has a forward running style.  He broke his maiden at first asking on December 4 while in for a $50K tag and that means this is a massive step up in class for this son of Big Drama.  All other things being equal, he fits OK against this bunch but he’s light on experience and this race shape doesn’t seem to help his chances.

Bottom Line: It’s hard to find a scenario where the pace isn’t fast given that more than half of the field (on paper) wants to be forwardly placed. Couple that with the fact that several of these may be distance challenged and I think you’ll want to use the two top closers – SOLE VOLANTE and SOUTH BEND – aggressively on Saturday.  I’ll play some savers with CHANCE IT as that one figures to be the one to catch turning for home.  There’s no guarantee that SOLE VOLANTE takes to the dirt (in fact, odds are he won’t) but if he does he’s going to be one to keep an eye on this spring.

#1 AUTHENTIC (Baffert/Van Dyke) - 8/5: He benefitted from a small field and a great post to break his maiden first out at Del Mar on November 9. Essentially, given that he was 3/5 on the tote board and starting for Bob Baffert, he performed as expected that day.  Where does he go from here? All arrows point up. His biggest advantage just might be the draw. Given his quickness he may be able to dictate the pace if he breaks on top. Plus, note that Drayden Van Dyke opts to stick with this one instead of moving to the stablemate.

#2 ZIMBA WARRIOR (Desormeaux/Valdivia Jr.) - 6/1: He seems too slow to factor and his pedigree doesn’t scream two-turn racing. Best case scenario seems to be fourth or fifth in this short field.

#3 UNCAPTURED HERO (Baltas/Prat) - 6/1: Van Dyke rode this one last out but Flavien Prat makes for a phenomenal fill in.  This one looks like a huge pace player but not sure I see a scenario where he doesn’t fold up at some point and let the more experienced runners take the baton to the finish. He could pester AUTHENTIC enough to open the race up to a closer, though.

#4 AZUL COAST (Baffert/Rosario) - 5/2: Unleashed a huge closing kick to break his maiden by 4-lengths at Los Alamitos and I love that Joel Rosario picks up the mount as his previous pilot was Drayden Van Dyke.  His debut Beyer came back a little light (75) but the Beyers for closers are more tied to the pace and this one chased a relatively moderate one in his maiden win. He should be moving late and you’ve got to love that he already won going a mile and has multiple stamina players (Super Saver, Sky Mesa) in his immediate family.

#5 SCORING (O’Neill/Cedillo) - 15/1: Hasn’t been seen since breaking his maiden on June 16 at Santa Anita. O’Neill isn’t allergic to winning with this type of horse but coupling the massive layoff with a sprint pedigree makes me question how ready he’s going to be for this in his first start back. Maybe it’s a positive to see them opt for this instead of a first-level allowance race?

#6 TAISHAN (Baltas/Gryder) - 5/2: Liked the way he broke his maiden at second asking and there as definitely some buzz about him at Santa Anita that day as he was bet down to 3/1 after being 53/1 on debut. Love the fact that he’s already proven on the track and around two turns and have to think that he’s going to be one of the key players at the windows.

Bottom Line: It’s the Triple Crown Trail and this is Bob Baffert’s world until he’s dethroned. Baffert has won this race five times since 2001 and three since 2014. Simply put, this race goes through him. And given that he sends out two of these, that’s where my picks will start and stop. AUTHENTIC is the horse to beat and I’ll play him in vertical bets over AZUL COAST and TAISHAN.  Unfortunately this doesn’t look like a race where handicappers will be able to get rich.