A Thread of Blue the Choice in Tropical Turf; My Late P4 Ticket 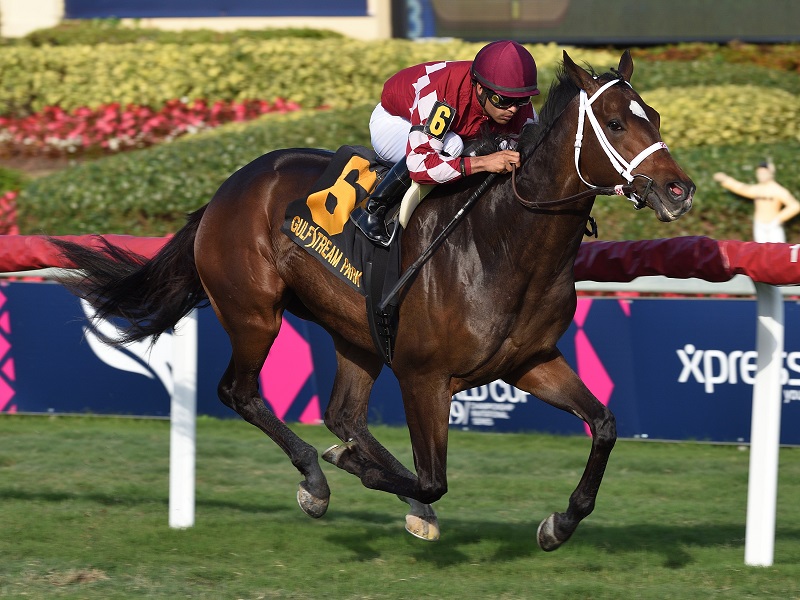 The Grade 3 Tropical Turf Stakes is the headliner Saturday at Gulfstream Park and the main reason to play the late Pick 4.

It’s single time as trainer Kiaran McLaughlin brings A Thread of Blue from three from off, gives Luis Saez a leg up and sends the pair out for the 1 1-16th-mile grass race that is a forerunner to the track’s top races for older grass performers.

A Thread of Blue won all three of his Hallandale Beach starts last year, and each came around two turns on the grass. The 4-year-old Hard Spun colt’s strength comes in his early speed, but he has also won from just off the pace.

A Thread of Blue’s most lucrative win to date came last August in the $1 million Saratoga Derby Invitational when he backed up the pace going 1 3-16th-miles and scored a 13-to-1 upset. A Thread of Blue has been off since Oct. 5, when he was second in the Grade 2 Hill Prince at Belmont. His local wins came in an optional claiming race, the Dania Beach Stakes and the Grade 3 Palm Beach – all during the previous Championship Meet.

The single allows for some spreading out in the other races, and that looks like it’s necessary. The approach on the ticket this week is 4x4x1x7 for $56. The sequence (races 8-11) includes the Grade 3 Marshuas River, a $62,500 optional claiming race, the Tropical Turf and a $16,000 ‘non-winners of three’ event.