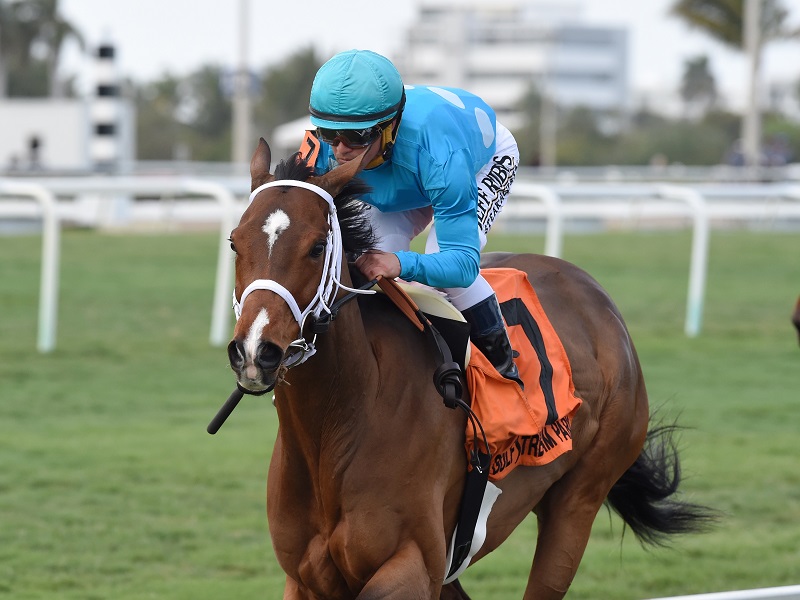 Each Monday, I’ll select my Most Valuable Pony from the previous week’s racing action around the country. Who won the week? It could be a breakout performer, a known stakes commodity or the horse lifting the most loot. Chime in on Twitter @Xpressbet with your thoughts on who should be each week’s MVP.January 13-19, 2020MVP: Starship JubileeOwner: Blue Heaven FarmTrainer: Kevin AttardJockey: Javier CastellanoPerformance: The 7-year-old mare won the Sunshine Millions Filly & Mare Turf on Saturday at Gulfstream Park for the third consecutive year. Consider that she was claimed for just $16,000 in February of 2017. Since then, she’s won 12 of 24 races and bagged most of her $1.2 million in lifetime earnings. Starship Jubilee led every step Saturday as the 2-5 favorite, getting away with slow fractions under her Hall of Fame rider Javier Castellano. They left no doubt late, kicking clear by 3-1/4 lengths over Beautiful Lover, a promising 4-year-old come-backer for Chad Brown.On Tap: Woodbine’s Grade 2 Nassau in May has been the spring target for Starship Jubilee the past 2 years after her success in the Sunshine Millions Filly & Mare Turf, followed by the Grade 2 Dance Smartly over the same course in June. With races like Saratoga’s Ballston Spa and Woodbine’s E.P. Taylor during the second half of the year, Attard may not be quick to send the veteran back to action anytime soon. If inclined, there is the Grade 3 Honey Fox at a turf mile on the Fountain of Youth undercard February 29 at Gulfstream, and Tampa Bay Downs’ Grade 2 Hillsborough at 1-1/8 miles on their Derby Day undercard a week later March 7.Honorable Mentions: Fast Enough returned from an 8-month layoff to win Saturday’s $200,000 Cal Cup Derby at Santa Anita in just his second lifetime start. The kicker for the Rafael Becerra-trained Cal-bred is that his only prior effort came at 4-1/2 furlongs. Also, Bobby’s Wicked One beat just 2 rivals in the Duncan Kenner at Fair Grounds on Saturday, but one was Hog Creek Hustle and he did it in 1:08.55 for 6 furlongs. He has ascended among the top sprinters in the country.