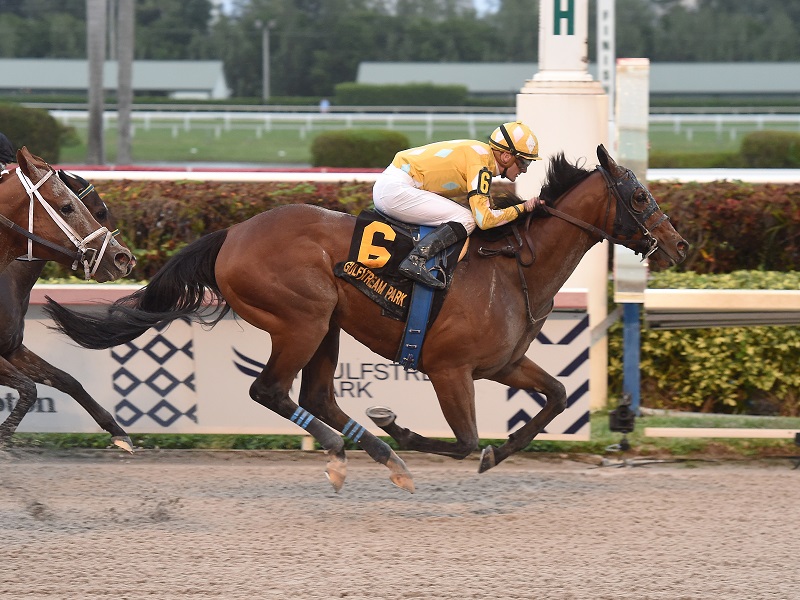 With the two favorites announced as a scratch on Thursday, the path to the winner’s circle in the 2020 Pegasus World Cup isn’t nearly as daunting as it was just 24 hours ago.

From a handicapping and betting perspective, the departures of Omaha Beach and Spun to Run should cultivate an evenly-matched field that creates the potential for bigger payouts and less formful results.

In my eyes, one of the major factors facing bettors in this race and the Pegasus Turf is the lack of raceday Lasix. How will these horses perform without a medication that most have used throughout their career?  As someone who values consistency, this change absolutely plays a role in how I’m approaching the Pegasus World Cup.

I think the pace for this year’s Pegasus will be fair. Not terribly fast, but not slow at all. BODEXPRESS almost has to send from his outside draw, especially with a speed jockey (Emisael Jaramillo) in the irons. MR FREEZE and MUCHO GUSTO will also want to be right near the front heading into that first turn, so that should set things up for the horses sitting midpack in that second/third tier.

I really liked DIAMOND OOPS in the Breeders’ Cup Dirt Mile but everything went wrong for him that day. He broke slowly, raced wide and was barely in the race. The good news is he loves Gulfstream (5-for-6 in his career) and should get a perfect trip from just in behind the speed. I’m really hoping that’s the trip he and Julien Leparoux work out on Saturday. The distance is a major question with him but at least we’re going to get a good price to find out how well he routes.

TAX should sit a similar trip to DIAMOND OOPS and we know he likes the 1 1/8-mile distance. He’s drawn inside and should save ground before unleashing his closing kick. He’s a bit of a wise guy horse and he could even be third choice behind MUCHO GUSTO and HIGHER POWER.

So DIAMOND OOPS gets the nod from me but also I’ll use him up and down in exotics with TAX and some of the other favorites.

Looking forward to this year’s Pegasus and hoping we see some fireworks on the track!