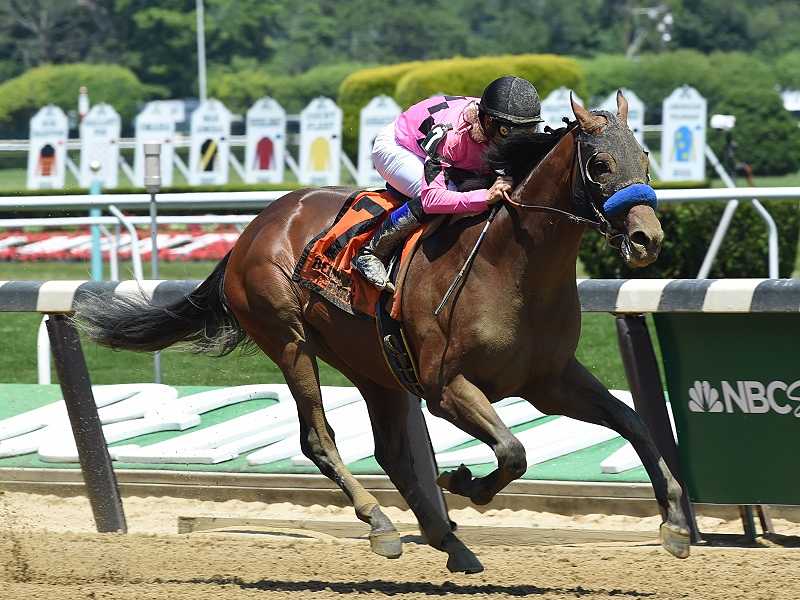 Gotta admit, this figures to be a pretty sweet Travers. When you lump the winners of the Kentucky Derby, Preakness, Belmont, Haskell and Jim Dandy together, it’s hard to argue the marquee wattage of a 3-year-old showcase. What’s perhaps craziest of all, none of those five different race winners may go off favored in the Midsummer Derby. I won’t be shocked if that role falls to West Coast for Bob Baffert.

Before you trample the notion, consider that last year’s Travers was the coming-out party for the late-blooming Arrogate from the Baffert camp. Creator finished seventh last year to lead any of the 2016 “Big 5” race winners’ finishes in the Travers.

And before you feel declarative about any particular stance, remind yourself that Arrogate was not even the shortest-priced Baffert runner in the Spa’s biggest race of 2016. That title went to stablemate American Freedom at 5-1 to Arrogate’s (gasp!) 11-1 offering.

What do we (think we) know about the current 3-year-old crop and its “Big 5” race winners?

ALWAYS DREAMING leads the division with wins in the G1 Florida Derby and G1 Kentucky Derby. Of course, that resume for Nyquist last year only bought him a ticket to Arrogate’s championship banquet and a serving of rubber chicken.

CLOUD COMPUTING has a 1-hit wonder thing going, surrounded by some rather non-descript, non-Preakness efforts. Who in the Oxbow knows which way he’s going?

TAPWRIT punched out a Belmont win and might be the more progressing of the Todd Pletcher sophomores. But we haven’t seen him since. TAP won Travers editions with Stay Thirsty and Flower Alley, hardly spring world-beaters in their day. This guy should be ahead of that curve at least.

GIRVIN seems to be evolving quite nicely this summer and drawing some rave reviews since the Haskell upset victory. He was my Kentucky Derby #1 contender until his foot situation almost literally fell apart. I wouldn’t be surprised if he was best on Saturday, but it’s been since eventual Hall of Famer Point Given in 2001 that a horse swept the Haskell-Travers.

GOOD SAMARITAN shocked the Derby-Preakness winners in the Jim Dandy when moving turf-to-dirt. Five of the last 12 Jim Dandy winners also added the Travers, including varying levels of skill from Bernardini and Street Sense to Alpha. Bill Mott sure had Elate sharp for 10 furlongs last Saturday in the Coaching Club American Oaks.

Truth is, there’s plenty of depth outside of these 5 major winners in the 2017 Travers. Horses like IRAP and MCCRAKEN, as well as GUNNEVERA, have shown winning form at or near the highest levels of this crop. LOOKIN AT LEE shows up for work, too, and 10 furlongs won’t break any deals at his negotiating table.

And when you look at the last 4 editions of the Travers, none of the winners were horses who had scored in any of these aforementioned “Big 5” prior races. Arrogate made his stakes debut in ’16; Keen Ice was a middling plodder in most eyes before shocking American Pharoah in ’15; V.E. Day had never seen a graded stakes before toppling a cast that included Tonalist and Bayern in ’14; and Will Take Charge had lost 4 “Big 5” appearances before righting his ship in ’13 and launching an Eclipse Award-winning campaign on the back nine of that season’s course.

Maybe it’s best to look beyond the “Big 5” winners on Saturday? If that’s the case, then maybe WEST COAST will feel right at home on the east coast…favorite or not.