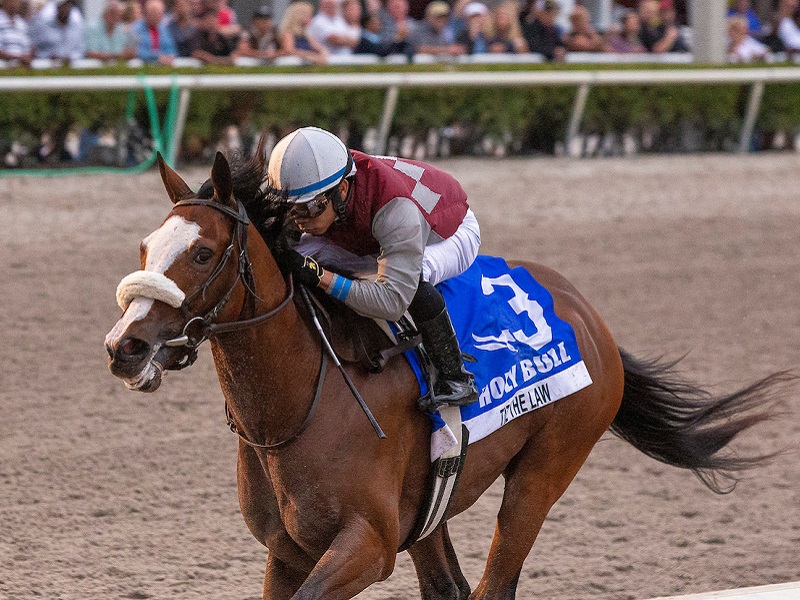 Each Monday, I’ll select my Most Valuable Pony from the previous week’s racing action around the country. Who won the week? It could be a breakout performer, a known stakes commodity or the horse lifting the most loot. Chime in on Twitter @Xpressbet with your thoughts on who should be each week’s MVP.January 27-February 2, 2020MVP: Tiz the LawOwner: Sackatoga StableTrainer: Barclay TaggJockey: Manny FrancoPerformance: No one really knew who the winter book favorite for this year’s Kentucky Derby chase was until Saturday. There was speculation that New York-bred Tiz the Law could be the one after his Champagne dynamo and troubled third in the Kentucky Jockey Club. Saturday’s multiple-gear victory in the Grade 3 $250,000 Holy Bull Stakes hinted that we just might be seeing the second coming of Funny Cide. Same owners. Same trainer. Same talent. Tiz the Law’s 3-year-old debut broke like a cannon shot, then he settled nicely for Franco before being stuck down inside horses and losing positions. Once clear he tackled a tenacious, legitimate pace player in Ete Indien, put him away and notched the final margin of 3 lengths under the wire.On Tap: Just like Funny Cide, the campaign began in the Holy Bull and could move next to the Louisiana Derby for Tiz the Law. Tagg indicated the extended 1-3/16 miles event at New Orleans’ Fair Grounds was on the radar. That comes up March 21 with the Xpressbet Florida Derby possible the following Saturday. Unlike Funny Cide, however, the calendar has shifted since ’03 when the Louisiana Derby was earlier and left a Wood Memorial final prep on the docket. It will be a two-prep campaign for Tiz the Law with one of the two southern Derbies targeted.Honorable Mentions: Breeders’ Cup Turf runner-up United scored a half-length decision in a wild renewal of the Grade 2 $200,000 San Marcos at Santa Anita on Saturday. The 4-5 favorite topped a field of 6 that was separated by only 1-1/2 lengths, but in a sharp 1:59.04 for 1-1/4 miles on grass. Also notable, Mischievous Alex romped in Saturday’s Grade 3 $150,000 Swale, putting 7 lengths on the rest for trainer John Servis and is likely next for the Gotham at Aqueduct. He beat a better-than-recent renewal of the Swale in fine fashion.