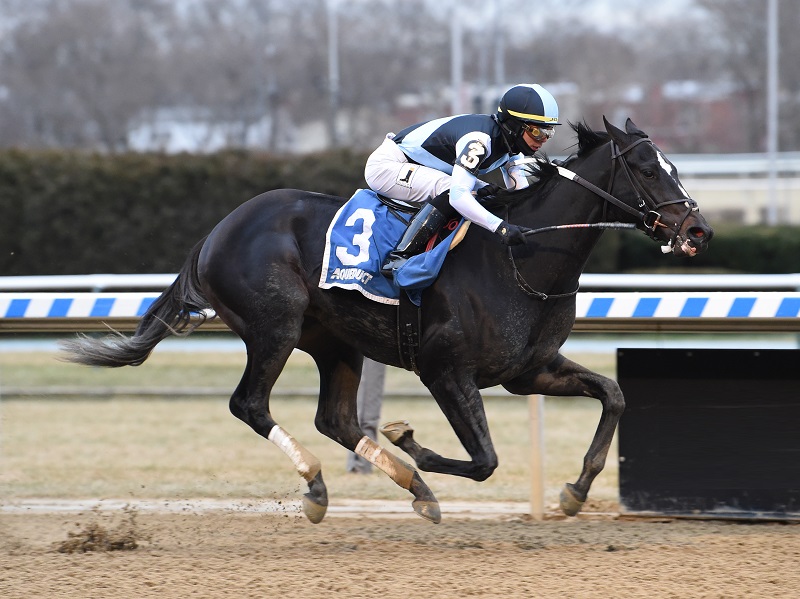 Every weekend of racing is a good one but this Saturday sure is a doozy.  No matter where we look around the country, top horses are competing in big races from Florida, New York and Arkansas to California.

And on a weekend like this, unfortunately, you just can’t bet them all. Trust me, I’ve tried. And I’ve come close to pulling it off. Ultimately, it’s just too much. Especially with all of the betting opportunities out there.

The Cross Country Pick 5. 20-cent Rainbow Pick 6’s almost everywhere. Early and Late Pick 4’s and Pick 5’s. Exactas and Trifectas. The good old fashioned Win bet. I’d love to play them all, but on days like this it is so important to be able to pick your spots.

And that’s what I’ve done here. I’ve identified the five races I’m most excited to play on Saturday. Plus, you can read my thoughts and betting strategy.

In addition to these five races, I’d be remiss if I didn’t share some additional picks and commentary for this weekend’s races.  Here is how my colleagues are handicapping Santa Anita and the Kentucky Derby Future Wager:

And here are my Top 5 races:

I was tempted to go with the Endeavour Stakes (featuring Got Stormy) as my first ‘can’t miss’ race but from a betting perspective, that one just doesn’t stand out. Got Stormy is going to be 1/5 and should run like it. But the Tampa Bay Stakes for the males two races later is much more wide open. MARCH TO THE ARCH has always been a very consistent performer – assuming he gets a firm turf course and a fair pace. The forecast (as of Thursday at least) looks favorable for him, as does the pace setup. I’ll use him and fellow-closer, CARIBOU CLUB, on top over a number of other horses. Due to field size and field quality we should expect to see some fair prices.

The Play: Exactas and Trifecta with MARCH TO THE ARCH and CARIBOU CLUB on top of those two as well as RENAISANCE FROLIC, DEVAMANI, HALLADAY, HEMBREE and REAL STORY.

Gulfstream’s Saturday feature should be a fun one as it pits the millionaire seven-year-old mare STARSHIP JUBILEE against a pair of up-and-coming runners from Chad Brown’s barn, MAGIC STAR and TAPIT TODAY.  STARSHIP JUBILEE is likely to go favored, but TAPIT TODAY has gone favored in her last four starts (three wins) and MAGIC STAR just won the G3 Marshua’s River on January 11.  From a gambling perspective, I think STARSHIP JUBILEE could be vulnerable in this spot and will be playing the Chad Brown runners on top.

The Play: Exactas with MY STAR and TAPIT TODAY in 1st and those two in second along with STARSHIP JUBILEE.

Saturday’s big Kentucky Derby prep race is the G3 Sam F. Davis at Tampa Bay Downs and all eyes are on INDEPENDENCE HALL. Installed as the 10/1 ML second-choice for Kentucky Derby Future Wager Pool #2, this brilliantly named son of Constitution is a perfect 3-for-3 in his life with a combined margin of victory of more than 20-lengths. He passed his two-turn debut in Aqueduct’s Jerome with flying colors and he has been working at Tampa Bay Downs for the last month, so he should be acclimated to this sometimes quirky track. The plan seems simple enough. Jose Ortiz will try to stalk the early pace – likely set by Jorge Navarro’s PREMIER STAR – and will need to have enough in the tank to hold off Kiaran McLaughlin’s AJAAWEED and Patrick Biancone’s SOLE VOLANTE.

The Play: Exactas and Trifectas, keying INDEPENDENCE HALL in 1st with PREMIER STAR in 2nd and SOLE VOLANTE and AJAAWEED in 3rd.

Oaklawn-loving WHITMORE is back to his favorite track in the King Cotton Stakes and he hasn’t been seen since finishing 7th in the one-mile G1 Cigar Mile at Aqueduct. The seven-year-old $2.8M earner had the misfortune of running into Mitole 3x and Maximum Security once last year, so his 1-for-7 seasonal record is a little misleading. That said, this could be a really nice time to bet against him. It caught me by surprise that Ricardo Santana Jr. is opting to ride SHARE THE UPSIDE here instead of WHITMORE.  Maybe the mount wasn’t open but Santana and WHITMORE have a long history of wins at Oaklawn.  I expect Santana to send SHARE THE UPSIDE from his rail draw and see how long this son of Maclean’s Music can take them. There isn’t much other speed in here so I’m expecting him to get clear early.

My final race is the nightcap at Sam Houston. Why Sam Houston? I love their wager menu, which includes 12% takeout on their Pick 3, Pick 4, Pick 5 and Fortune 6. And the late versions of all of those wagers wrap up with Race 10, a race where I really like SILVER AND ACES. He was favored in a similar race at Sam Houston on January 10 (his first start off a year and a half layoff) and he set the pace before tiring to finish 3rd. Understandable given the layoff. He should move forward with that start under his belt and his trainer Allen Dupuy does well with these types.

The Play: Win bets on SILVER AND ACES, especially at 5/1 or higher. Exactas with MR. GEORGE TAP, DOC’S CLASS ACT and NOVA NOTION above and below him. Use SILVER AND ACES in the low-takeout Pick 4, Pick 5, etc.