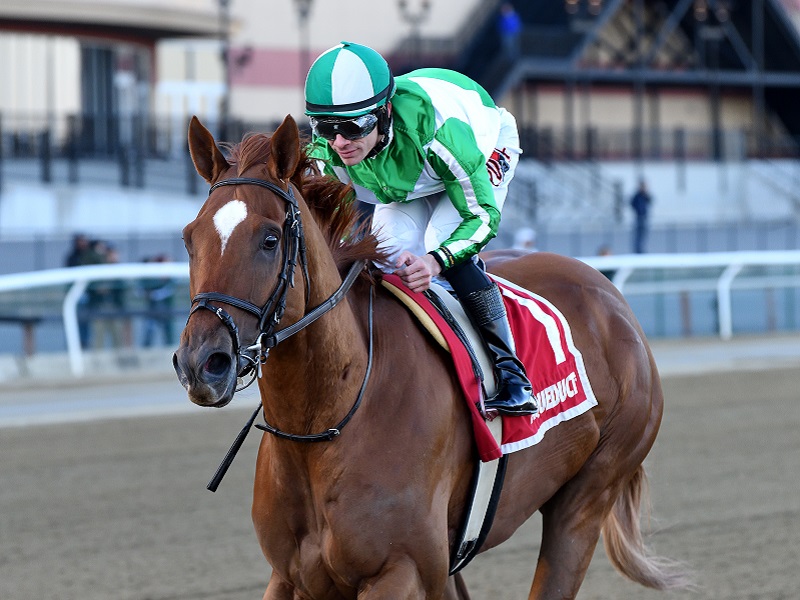 MVP: Mr. BuffOwner: Chester and Mary BromanTrainer: John KimmelJockey: Junior AlvaradoPerformance: New York-bred Mr. Buff topped the $1 million mark in career earnings in one of the most effortless performances you’ll see. He won the $100,000 Haynesfield Stakes for state-breds Feb. 22 at Aqueduct by 20 lengths and was completely geared down for 3/16ths of a mile. He was given a blazing 106 Beyer Speed Figure and a 136 fig from Timeform US. It was Mr. Buff’s fifth win in his last 7 starts, losing only in Grade 1 company in the Woodward Stakes and Clark Handicap. The 13-time winner from 35 starts is by Friend or Foe and has now won his last 3 races by 32-1/2 combined lengths.On Tap: Last year, they tried the Grade 2 New Orleans Handicap in March and that road trip turned out a disastrous result. At age 6, they may be more judicious with the gelding and certainly will give him a bit more time between races than that. Kimmel mentioned the Grade 2 $1 million Oaklawn Handicap on April 16 and the Grade 3 $200,000 Westchester on May 2 at Belmont as possible landing spots.Honorable Mentions: Jean Elizabeth won her seventh straight race by wiring the Feb. 22 Lightning City Stakes at Tampa Bay Downs. Trainer Larry Rivelli’s 5-year-old Illinois-bred has won on turf, dirt, Polytrack and Tapeta during the current streak. She’s 13-for-19 lifetime has hasn’t missed an exacta since October of 2018. Knicks Go, winner of the 2018 Grade 1 Breeders’ Futurity at Keeneland, made a sparkling unveiling for his new trainer, Brad Cox, Feb. 22 at Oaklawn. The Maryland-bred by Paynter smashed a 1-1/16 miles allowance field by 7-1/2 lengths and led every step. He could be a formidable sprint and middle-distance stakes horse in the Midwest at age 4.