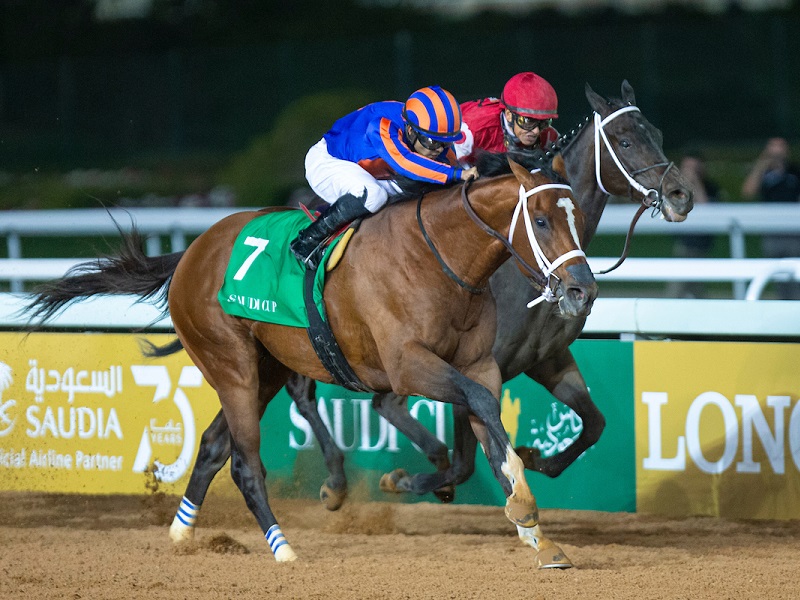 Each Monday, I’ll select my Most Valuable Pony from the previous week’s racing action around the country. Who won the week? It could be a breakout performer, a known stakes commodity or the horse lifting the most loot. Chime in on Twitter @Xpressbet with your thoughts on who should be each week’s MVP.February 24-March 1, 2020MVP: Maximum SecurityOwner: Gary and Mary West, Michael Tabor, John Magnier, Derrick SmithTrainer: Jason ServisJockey: Luis SaezPerformance: His victory in the inaugural $20 million Saudi Cup won’t erase the controversy at last year’s Kentucky Derby, but Saturday’s $10 million winner’s share is a pretty good salve to most any emotional wound. Maximum Security delivered another winning performance, defeating top-flight American travelers like Midnight Bisou by three-quarters of a length, in addition to Pegasus World Cup winner Mucho Gusto and McKinzie. From sprints to routes to intercontinental jaunts some 7,000 miles from home, his 11: 9-1-0 career record has seen only 1 horse finish in front of him under the wire. For trivia buffs: King for a Day was just that in last year’s Pegasus Stakes at Monmouth.On Tap: With a 4-year-old goal stated by co-owner Gary West as the Breeders’ Cup Classic, expect at least a few more starts out of Maximum Security this season if all checks out in the health department. He likely will not run back in the March 28 Dubai World Cup. Given his versatility and natural speed, most all of the stakes schedule would be at his disposal this spring and summer toward the Classic finale. Races like the June 6 Met Mile at Belmont, and summer stakes at Saratoga like the Whitney and Woodward would make sense.Honorable Mentions: It took a $20 million race to knock Mr. Freeze out of the MVP spot this week. The 5-year-old ran the best race of his career in a blitzing Grade 2 Gulfstream Park Mile performance. The victory underscored his Pegasus World Cup runner-up performance earlier in the Gulfstream Park meeting. Races like the Godolphin Mile in Dubai and/or the Met Mile at Belmont could be in his future. Pegasus World Cup Turf winner Zulu Alpha was in control Saturday at Gulfstream, winning the Grade 2 Mac Diarmida by a measured length for the second straight year. He returned in Keeneland’s Grade 2 Elkhorn a year ago following the similar score. And finally, Ete Indien earned his Kentucky Derby credentials with a surprisingly easy, 8-1/2 length romp in the Grade 2 Fountain of Youth at Gulfstream on Saturday. He likely will be a leading Florida Derby contender at month’s end.