A Travers for the (Betting) Ages 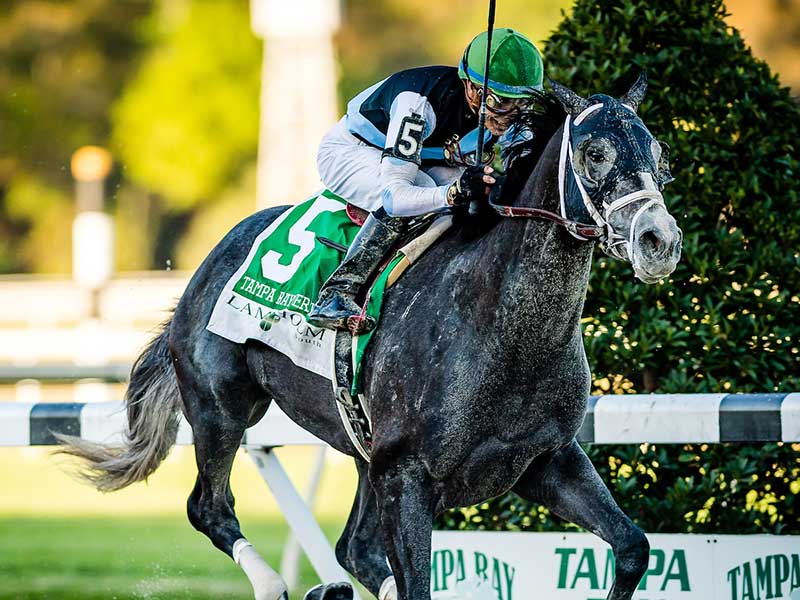 Sometimes, when you get a 12-pack of horses that aren’t all that fast or all that good, a great betting race breaks out. Welcome to the 148th Travers, the Mid-Summer Derby where all 12 little engines really could.

It’s not often that you get a centerpiece race where you could literally make some kind of a case for every horse that’s entered, but the Travers is indeed one of those rare occasions. Regardless of who you think is the longest of shots, it’s not out of the realm of possibility that, if they choose Saturday to run the race of their lives, they’ll win. With that in mind, lets’ take a look at the field and their true winning chances.

#1 Cloud Computing (8-1 ML): I was never a fan, and certainly didn’t have him in the Preakness, but I also thought he couldn’t lose the local GII Jim Dandy. Yet, not only did he lose it, but he was awful while doing it. Can he bound back? Maybe. It is Chad Brown and we all know how good he is, but up to a week ago, a guy who wants to win this race more than any other wasn’t even sure he was running, which doesn’t really offer a ringing endorsement of this colt’s chances. So, while I have the utmost respect for this barn, and know there is one (likely several) Travers with its name on it, this doesn’t seem to be the one. Fair odds: 12-1

#2 Giuseppe the Great (20-1): Give him credit for his 2nd in the Jim Dandy, but it had that “someone has to be 2nd” feel to it. If he improves, like he’s done in basically every race he’s ever run, then he’s hardly impossible, but it’s a big ask, and 10 furlongs seems to be stretching his rubber band mighty thin: Fair odds: 30-1

#3 West Coast (4-1): The expected favorite has really impressed in his last two easy wins and gets the acid test now, but he’s really on the come and has run consistently fast in a race where few have. He’s also the fresh new face in a division that has taken turns beating each other all year, and there’s something to be said for that. You also get Baffert and Smith, who have been potent in big races on big race days, and that’s a big deal. Fair odds: 3-1

#4 Tapwrit (7-2): Pletcher is taking the road less traveled for his Belmont winner, and that’s not a bad thing, since we saw how the Jim Dandy turned out for the Derby and Preakness winner. Of course, winning the Travers off the Belmont is not easy, but Birdstone pulled it off, so it’s also not impossible. The worry here is that this guy won a terrible race at 1 ½ miles, which is completely irrelevant in the grand scheme of things. If nothing else, he showed last time he can run fast, and he’ll also sit a nice up-close stalking trip. Fair odds: 4-1

#5 Good Samaritan (5-1): Talk about a tough read, as he simply laughed at the Jim Dandy field in what was his dirt debut, while seemingly running like he’d adore 10 furlongs. The problem is not one of the “big” guns ran an inch in the race and the top-2 were last and second-to-last early. So, point being, things completely fell apart and he was the main beneficiary. But still, if you’re viewing him off that lone dirt run, it’s as good or better than what the rest have ever done, and he may have more room for improvement off it than most, while also getting a distance he’s going to like more than most of them too. Fair odds: 9-2

#6 Girvin (10-1): The Haskell winner was game in victory and might finally be shedding the “second tier” label, but you also have to realize he beat McCraken and Practical Joke, who are hardly accomplished 1 1/8-mile horses. And typically, each and every year, the Haskell horses come up here and bomb in the Travers, so he’s got his work cut out for him. Fair odds: 12-1

#7 Always Dreaming (6-1): The Derby winner has had dream trips in both his wins, including the Florida Derby, yet he pulled one in the Jim Dandy when he was loose and walking early, yet was basically done off the far turn. I’ll give him credit for saving 3rd, but that’s all he gets. If you’re a fan, you’ll get a nice price on a horse who should be loose again, but there’s really no reason he should win this, off what he’s shown in his last two, which includes a complete bomb-job in the Preakness. Fair odds: 12-1

#8 Lookin At Lee (30-1): If there is one horse in the field that can’t win, this is him. Not only is he really slow on paper, he’s even slower on the track and will be last and well behind in a paceless race. And yeah, he was 2nd in the Derby, but he never left the rail until deep stretch, and then he couldn’t make up any ground. Fair odds: 50-1

#9 McCraken (12-1): He probably wins the Haskell with a better-timed move, but anyone who has been watching this guy knows he’s likely going to make his hay as a crack one-turn miler, so to think he can get this trip is a bit much. There’s talent here, and he always tries, but at 1 ¼ miles he’s out of his element. Fair odds: 15-1

#10 Irap (8-1): Very intriguing runner has done some good things with little to no publicity and is one of the few in here with the tactical speed to be close throughout. And, like West Coast, he too comes in off the side roads, while gaining some confidence in the process. Sure, he needs a lifetime best to win, but he’s proven he can run fast and he has won 3-of-4 now, so he’s also on a bit of a tear. Fair odds: 10-1

#11 Gunnevera (20-1): Lookin At Lee Part II is another with no speed at all, but, if nothing else, he does own a win over the track in a GII sprint last year. If JJ was on him, then just maybe you give him a bomber’s chance, but with Zayas, and being completely at the mercy of the pace, there’s no reason to think he can find his winter Florida form. Fair odds: 30-1

#12 Fayeq (30-1): Rachel Alexandra’s half-brother really gets thrown to the wolves here, as this is his stakes debut. If nothing else, it’s a confident move by McLaughlin, but it’s also worth nothing if he can somehow finish 3rd his value as a stallion goes up exponentially. The local allowance win was good, and he’s certainly on the upswing, but a win seems like it’s a real stretch, unless he channels his inner big sister. Fair odds: 30-1