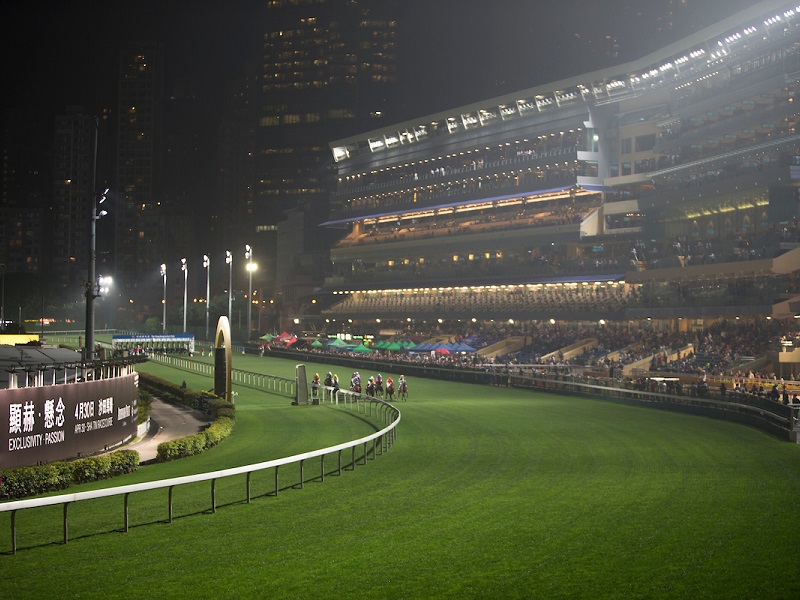 Race 1: Waterfall Bay Handicap
#12 Virtus Star is winless. Although this is the case, he has shown steady improvement across his short career and off a rating of 25 now, he could prove tough to beat, especially with Zac Purton jumping in the plate off the back of an eye-catching trial. #1 Galaxy Racer is another who is winless. He’s been beaten by less than a length in both of his last two starts and if he’s continued to hold his condition out of those, he’s going to be in the finish. He has 133lb to carry but the inside draw should allow him to do minimal work in the run. #3 Great Harvest is drawn to get all of the favours and with even luck he’s going to be thereabouts for Matthew Chadwick. #2 Bundle Of Energy has become a costly conveyance and although he’s still winless, his best still warrants plenty of respect, especially with Joao Moreira up.

Race 2: Tin Wan Handicap (2nd Section)
#9 Murray’s Partners couldn’t have been more impressive in a recent trial and if he translates that to race day, then he’s going to prove tough to catch. Zac Purton takes the reins which is a good push and this race appears his to lose. #2 Happy Warrior is proven over the course and distance and he rarely runs a bad race. He has an awkward draw to overcome but his race-experience holds him in good stead for this. #8 Nunchuks is winless but has shown his quality across his short five-start career. He isn’t far away from finally piecing it all together. #3 Casa De Forca is next best from the inside gate with Joao Moreira up.

Race 3: Sha Wan Handicap
#12 Farm Bumper got off the mark impressively last start. He rises to Class 4 now which is always difficult but from the soft gate, with Chad Schofield engaged again, he’s going to get every chance. #1 Zero Hedge is unlucky not to have already won a race this term, having finished runner-up on five occasions. The in-form Grant van Niekerk is up and this race is well within his grasp. #4 Winning Ways won well two starts ago. He’s finally hit his straps and again rates as a leading player here. #3 Winner’s Heart narrowly missed last time out. He can figure again with a similar run here.

Race 4: Tin Wan Handicap (1st Section)
#6 Methane got off the mark two starts ago and followed that up with a narrow defeat over this course and distance. Still, he’s in top condition at the moment and with a clean run throughout, he can take this out. #11 Blooming Spirit has gone to a new level this season. He gets in light with only 121lb on his back and from the inside draw, he can figure. #4 Green Dispatch gave Blake Shinn his first Hong Kong win and he could very well deliver him another here. He’s the likely leader of this and if he sets a tempo to suit himself, he could take a power of running down. #1 Dor Dor is in career-best form however, from the draw he’ll need a stack of luck in a race littered with pace.

Race 5: Shek Pai wan Handicap
#2 Mehboob is a model of consistency and his good fortune can continue here with a win. He’s yet to finish outside of the top three this season, which includes one win and with Zac Purton hopping aboard again, it’s a good push around his chances. #6 Super Lucky is looking to snap a string of three runner-up efforts. He’s in-form and it’s only a matter of time before he goes on with it. #10 Super Alliances has mixed his form but prior to his last-start failure he tallied two runner-up efforts. If he can recapture these he’s in with a shout, especially from the good draw. #5 All You Know is next best.

Race 6: Kong Sin Wan Handicap (2nd Section)
#7 Shouson is a two-time winner this campaign and is really starting to show his class. He narrowly missed last start but nevertheless, he’s consistent, in-form and with Zac Purton hopping aboard, remains the one to beat. #1 Dancing Fighter is a supreme talent with three wins next to his name from six starts. Still, although his win last start was strong, he’s going to need to carry an added 10lb and the wide gate is against him here. #2 Wind N Grass rattled home for a narrow defeat last start. He has the inside draw on his side and with further improvement, he shouldn’t be too far away. #9 What A Legend is next best.

Race 7: Po Chong Wan Handicap
#7 Naboo Star was awfully unlucky last start but still, he gets an excellent chance to atone for that performance here and with even luck he is the one to beat. #3 Cinquante Cinq is a model of consistency. He appears to have a number of ratings points still in hand and as a two-time course and distance winner, he warrants respect. #6 Jolly Honour has gone close in his last two outings. He can figure with the right run. #9 Dynamic Eagle is next best.

Race 8: Kong Sin Wan Handicap (1st Section)
#6 Green Reign is a talent on the rise. He’s twice narrowly missed this term at the city circuit and with the right on Wednesday night, he is capable of going on with it. He’ll need luck, especially if he settles back in the field but, if he gets it, he’s the one they all have to beat. #7 Beauty Spark has finished third in his last four starts. Zac Purton sticks aboard for the third consecutive time and it could third time lucky for him. #3 winning Method has lost a bit of form but still, if he manages to find the front for Matthew Chadwick he could still prove hard to reel in. #8 Victory Power is a course and distance winner already this term. He’ll be thereabouts.