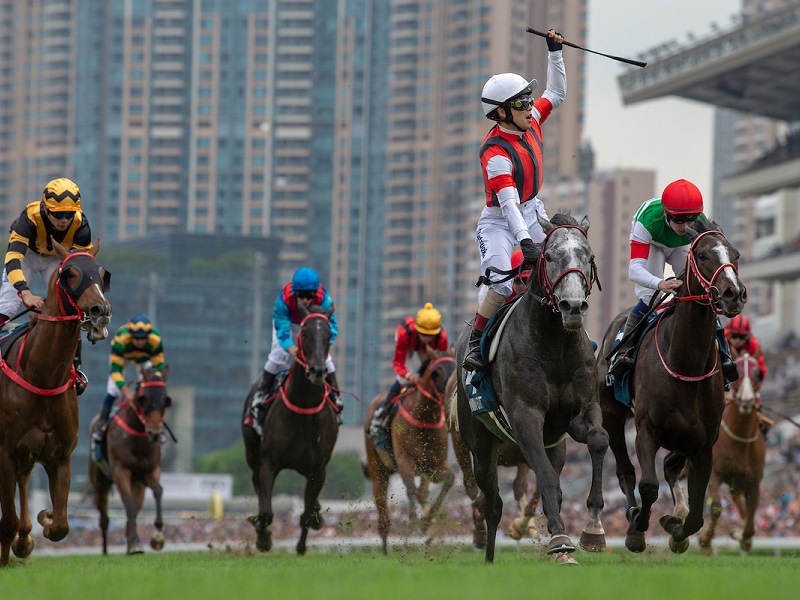 #8 Kwai Chung Elite get the blinkers applied to sharpen him up which could be exactly what he is after to finally get on with the job. He’s been racing well enough across his 13-start career to indicate a win was nearing and with the in-form Grant van Niekerk up, Sunday could well be his day. #2 Speedy Missile might have issues since the tongue-tie has been applied. He’s put together a few admirable runs and with this applied to help his breathing, he too could be ready to finally piece it all together. #1 Hurricane Hunter is a two-time course and distance winner. He narrowly missed last time out and a return to his preferred distance here, should see him run well. #11 Golden Cannon has drawn to get the right run. He’s proven here and is capable of snatching some prize money.

#6 Cheerful Star is racing well and appears suited stepping back out to 2000m for this contest. Karis Teetan hops aboard following his recent suspension and from the gate, ridden quietly, should give him every opportunity to finish over the top of them. #10 Happy Rocky turned his form around to grab third last start. He can figure here with no weight on his back and although he’s drawn the widest ally, it’s unlikely to be a hindrance if he settles at the rear again. #4 Defining Moment mixes his form but on his day he is up to this. He gets Zac Purton on for the first time this season which warrants respect and it wouldn’t be a shock to see him get the job done. #3 Above is next best, though, he is quite a tough ride as somewhat of a grinder.

#9 Fantasy has done nothing but impress across his short five-start career with four top two finishes, including the one win on debut. If he’s held his condition he’s going to take a power of beating, especially with no weight on his back and the services of Joao Moreira engaged. #5 Urban Dancer steps out on debut. It’s always difficult to win on debut, especially in Hong Kong but with the early dash this guy has shown in his trials, he just might be able to string them along here and he’ll represent good value to do so. #3 Handsome Bo Bo turned his form around last start to finish third. He’s proven in Class 3 previously and although he hasn’t won since early 2018, he just might be ready to bounce back off what was easily his best performance this season. #1 Team Spirit is next best, though, his task is made difficult with top weight on his back.

#13 Iron King has been racing well this season and has shown that a maiden win isn’t too far away. He gets in light once again and if he can overcome the wide draw, then he is the one to catch, especially with the in-form Grant van Niekerk up. #8 Incanton Prepared comes into this with two narrow placings under his belt at his most recent two runs. Joao Moreira retains the ride and this steady improver isn’t too far away from getting the job done. #1 Dream Warriors has the awkward gate to contend with but has thrived in Class 4 this term as a two-time winner. He can figure here and in his favour is the return to the grass from the dirt. #7 Regency Master gets Zac Purton on for the first time. This horse has a lot to learn still but has shown glimpses of ability and the booking of Hong Kong’s champion jockey for this, warrants respect.

#5 Jade Phoenix has placed in all three of his runs across his short career. He’s nearing a breakthrough win, especially following that latest defeat by a neck, and with Joao Moreira retaining riding duties here, he rates as the one to beat. #6 Team Power raced well on debut before appearing to struggle at his latest. He was overrun in the finish last start but still, if he can recapture his debut performance he’s a leading player and coming from the Ricky Yiu yard, he’s every chance to do that. #2 Grade One’s last run in Class 4 relinquished a win and now finally dropping back to this grade should give him every opportunity to get back in the winner’s arch. Zac Purton hops on for the first time and although he’s drawn a touch awkward, he does warrant plenty of respect. #12 Victory Mastery is lightly raced but appears capable. He’s next best.

#3 The Runner is lightly raced but has been thereabouts on a number of occasions. He’s improved back to Class 4 and now with those two runs under his belt in this grade, he just might be ready to go on with it now. #2 Sam’s Love appears to have found his mark. He won well three starts ago and since then has held his condition well for two sound efforts, including his latest short-head defeat. This is suitable. #1 Juneau Park rattled home to win by a nose just a fortnight ago. He remains in Class 4 off that performance and he definitely does appear to have a number of ratings points still in hand. #13 Winwin Thirtythree is winless, though his last three runs have clearly been his best, placing in each. He’s unlucky not to already be a winner and with a good draw and no weight on his back, he’s expected to get his chance.

#13 War Of Courage has shown immense talent across his short four-start career having never finished outside the top three, which includes one win. He can figure here down in the weights against this bunch. #2 Heart Conquered has done well so far in Hong Kong across his four starts and if he manages to step up once again he can challenge these. His Australian form stacks up here and it’s only a matter of time before he delivers. #6 Valiant Dream has won twice from his last five starts, though, appeared to struggle at his latest. Still, he can bounce back and this race is well within his grasp. #7 Grateful Heart did well on debut and his latest trial was seriously impressive. He gets Zac Purton on here and he remains a leading player in a hot little race.

#1 Superich put his best foot forward in a recent barrier trial and he appears to have recaptured his blistering best. Zac Purton takes the reins which indicates exactly that and from the soft draw he’s going to get all of the favours. #12 Picken is unlucky not to have won a race already this term. He’s gone close on a number of occasions and if he manages to piece it all together here, he’s in with an excellent shout with Joao Moreira up. #13 Beauty Icon grabbed third last time out. He’s winless but with the right run from the inside draw he can turn that around. #6 Hardly Swears is somewhat of a Happy Valley specialist after notching a hat-trick of wins there at his first three runs this term. He struggled last start but with that under his belt, he can improve.

Although winless #13 Enzemble is ever so close to that breakthrough success having placed in each of his last four runs. He’s found this distance to be suitable and with no weight on his back, as well as the services of Joao Moreira, he once again gets an excellent chance to finally go on with it. #2 High Rev is on the seven-day back-up. He’s talented and although he’s done his best at Happy Valley, he’s still suited by this distance at Sha Tin after racing over 2000m last week. He can figure from the gate and he’ll be worth keeping safe. #4 Band Of Brothers found his feet last start to grab fourth after a two month break. He’s ready now with that performance under his belt. #5 Lobo’s Legend narrowly missed over 1400m last start. He’ll relish the step up to the mile here and he remains a leading player.

#5 Duke Wai won four in a row before his last two defeats. Still, his last two defeats were narrow and against serious opposition and if he’s continued to hold his condition out of both of those runs, he is the one to beat. He’ll be rattling home for Karis Teetan. #3 Perfect Match has won his last two. He’s had his runs spaced which is a slight concern but his recent trial caught the eye and he’s proven in Class 2 also. #9 Hong Kong Bet has the ability. He’s a two-time Valley winner who returned from a lengthy break this campaign to grab fifth first-up and third last start. He’s on the right trajectory. #12 Shining Ace is next best if he can recapture his form at Happy Valley.