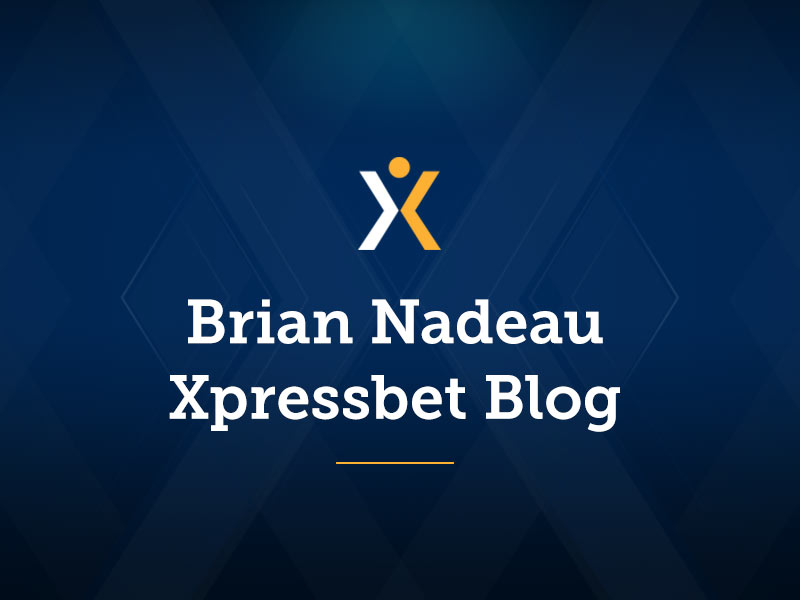 With the Stronach 5 on hiatus this week, let’s take a look at Friday’s Rainbow 6 at Gulfstream Park, as the carryover figures to be over $1.5 million (assuming it doesn’t get hit Thursday), and it’s often advantageous to play on the penultimate day before a mandatory payout (which happens on Saturday’s Florida Derby card). With just a 20-cent base bet, we can have a lot of fun and get plenty of coverage, on what will be a bit bigger than normal suggested ticket.

The opening leg is supposed to be won by one of the best three horses—#6 ROCHAMBEAU (9-2), #10 PROPENSITY (4-1), and #9 FLAME ZAPPER (7-2)—but with the latter two drawing terribly thing gets a bit trickier. I’ll use all three, as their merits are obvious, both on figures, and their tactical/speedy running styles, but I also don’t want to go it alone since the draw could easily trip up my second and third choices. And it’s never bad to use a price either, so I’ll also add in #4 AZRAEL (6-1), who hasn’t been out since July and has never run on turf, but it looks like stable jock Castellano opted for this one over #5 Greyes Creek (8-1), and it’s pretty obvious these two have worked in tandem in their last four AM drills, and Brown is 27% first-turf, and 28% off elongated layoffs, so I’ll let all that be my guide.

If I use Azrael then I have to use #5 GREYES CREEK, especially since his turf breeding is better, though his layoff dates back to 11/18, so that’s a lot to ask. I’ll also use #1 FELIX THE FOX (6-1), who runs second-off a July layoff and for only the second time on turf, but when a horse has run a Beyer between 77-79 in every one of his last nine starts (yes, that seems impossible), I think we know what we’re getting today. If you’re going deeper then both #7 Bold Gem (12-1) and #11 Freedom’s Flight (10-1) aren’t too far behind on paper, but both haven’t been seen since November, which stacks the deck that much more against them. Should #13 Holy Meister (6-1) draw in, he’s a must-use somewhere, with the post likely relegating him to a B.

Just seven are entered but there looks to be an honest pace shaping up, as #2 Krachenwagen (10-1) will be going from the inside and #6 Chase Runner (4-1) will be pressing throughout to his outside, with potentially a few others chasing as well. So it should come as no surprise that I’ll use #7 CANDY CRUSHEM (6-1), #1 LAPOCHKA (5-2), and #4 TWO STEP SALSA (10-1), who all have stalking gears, and all three come in off sharp runs that would put them on the line here.

I’m going to be aggressive and toss the two speeds but #5 KAHRAMANI (3-1) was a good 2nd and ahead of ‘Salsa last time, while #3 DISCREET HEAT (6-1) ran well against better when last seen on the dirt, though both could be a bit too close to the pace and therefore wilt late, which is why they are supporting actors on the ticket.

Another seven-pack, and oddly enough a turf sprint without a ton of pure speed, which really helps the chances of #7 CAPTAIN RON (3-1), who drew the perfect outside attack post for his pressing style, and while he meets tougher off a Florida-bred win, there’s no reason he can’t climb the ladder against this modest group. You have to use #4 CAMP RANDALL (4-1), who may be the speed here, as he’s 2-for-2 on the turf, and both wins came over the course/distance. Improving off Joseph is no easy task but Maker is a solid 15% off the claim, so there’s no reason to think #3 FRENCHMAN STREET (5-2) doesn’t fire a big shot on the return to the turf, and he’s like the top-2, in that he’ll be on or just off the expected moderate pace (for this level) throughout.

The rest of these are a mixed bag and I admittedly don’t have a handle on any of them, and I also think the top-3 are a cut above, so I’ll only use #5 COOP TRIES HARDER (9-2), who shows two solid runs at Laurel before a dud when last seen in September, but Cibelli is having a banner meet, main man Lopez is here, and this one will be closing. It looks like #2 Cuestion de Tiempo (8-1) has some class questions to answer off his Tampa form, while #6 Maniacal (6-1) looks too slow, and while getting back to the turf could be a wakeup, he still doesn’t look good enough.

It’s not often you see a dozen 3yos line up in an AOC on dirt, so take note of the also-rans here, as this could be a key race in the making, since I think several can win. And the beauty of the 20-cent wager means, if you identify the race you have no opinion and think can be won by a big price, you can just use whoever you think can win, which is what I’ll do here in what looks like a real scramble. Any time Jerkens wins with a firster (and one that’s been bet hard too) you better take notice, so #2 EDGE OF FIRE (8-1) has to be respected, while #7 SILVER RATIO (4-1) was a good 3rd vs. winners and hits hard for Pletcher. Clearly #12 MILES AHEAD (8-1) has a huge chance off his romp here last time, while #4 OURNATIONONPARADE (9-2) will like the class drop, #3 SOROS (8-1) looked good breaking his maiden in the Smooth Air, #8 SPRAWL (15-1) will like getting back to the dirt and can close second-off the layoff, and the other Pletcher, #1 MONEY MOVES (3-1), may get overlooked (he figures twice this ML) but lived up to his short price winning in the slop (albeit in slow time) on debut. And lastly, if #13 MISTER CANDY RIDE (8-1) draws in, you can comfortably put him in the top half of this group.

I’m decidedly against #1 MONEY MOVES (3-1), who is a laughable ML favorite off a very slow debut win in the slop for Pletcher, drew a tricky post, and will have to improve open lengths to win here, and while I don’t think #10 SARATOGAIN (15-1) can win off that very slow Tampa debut score, I do have a lot of respect for Brisset, so if he deems worthy to make the ship, then that’s worth a flier on the back end for me.

I don’t want to call it a match race but this sure seems close to it between #9 SILVER KITTEN (5-2), who should be all alone on a loose and lonely lead, and the up and coming #5 BACCHANALIA (3-1), who may be developing into another turf monster for Brown and Klarman. If you’re on a tight budget then single the former, since she’s got a huge race flow edge and was a big 2nd in a GIII here last time, but the latter looked good winning off the break and won’t have to improve much to win, so I’ll Dutch them and call it a day.

Pk6 B horses: NONE

The finale is a toughie, but it does seem to have plenty of speed, which will really test those who want to be involved early going this demanding 1 1/8 miles. And that’s why I’ll go inside, and to a pair who have shown they can pass horses in the lane; #2 GUFO (9-2), who faces winners but adds Lasix and has impressed in both starts, and #1 BEE CATCHER (12-1), who was aggressively spotted in the local GIII Palm Beach off an MSW score, but is back with friends here, and note how he really improved with blinkers two-back in his win. I’ll also use #10 BUY ME CANDY (8-1), who invades off a polished MSW score at FG after a troubled debut, will no doubt get first run on the top pair, and has a world of upside too.

I could use many more on top, but a budget, and aggressive race flow, has me being a bit more condensed than I normally would want to be in a spot like this. The aforementioned will come from sharp maiden winners #5 Ask for Bode (6-1) and #9 Unconquered Lea (7-2), but the former needed MCL’ers and the latter walked on the lead, so they have questions to answer and won’t be used, especially since there’s cheap speed from #6 Montana Man (15-1). I’m very intrigued with #12 KID MERCURY (15-1), who had a decent enough 2yo campaign, returns as a first-time gelding, and figures to like every inch of this trip for Motion, who is aces in this type of spot. Several others aren’t without hope with a forward move, as #7 Mystic Lancelot (6-1) has been middling against stakes foes, as has #11 Fame to Famous (15-1), but they also have no upside after six starts each, so I’ll pass.
Pk6 B horses: 12