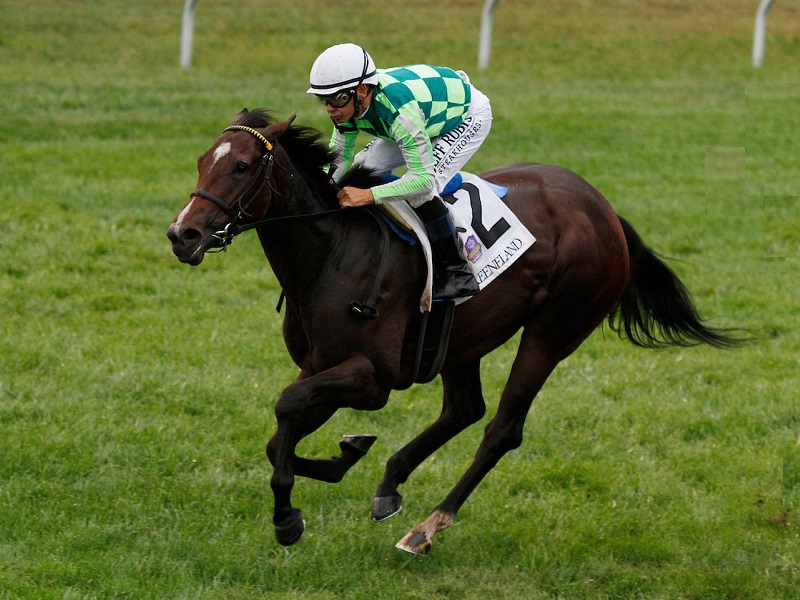 Each Monday, I’ll select my Most Valuable Pony from the previous week’s racing action around the country. Who won the week? It could be a breakout performer, a known stakes commodity or the horse lifting the most loot. Chime in on Twitter @Xpressbet with your thoughts on who should be each week’s MVP.March 30-April 5, 2020MVP: KimariOwner: Ten Broeck Farm, Inc.Trainer: Wesley WardJockey: Channing HillPerformance: The daughter of Munnings made a stellar 3-year-old return to the races April 4 at Oaklawn Park, rallying to win the $100,000 Purple Martin Stakes over a strong field. She ran by multiple Grade 1-placed favorite Frank’s Rockette in the final yards for her fourth lifetime win. Kimari’s only 2 losses have come in the Queen Anne at Royal Ascot and in the Breeders’ Cup Juvenile Turf Sprint against the colts, in which she finished second and fourth, respectively. She’s now 2-for-2 on dirt, including a 15-length Keeneland debut dash score last April.On Tap: For a 3-year-old sprint filly of this repute, most years a race like the Acorn or Test in New York would be the principal goals. But with the calendar ominous at this point due to so many track closures, you’re likely looking at projecting ahead toward the Breeders’ Cup Filly & Mare Sprint at Keeneland in the fall and working backwards to find a race or two that reappears on a more firm schedule at a later date. As a 3-year-old filly, the rescheduled May 1 Grade 3 Fantasy Stakes remains on the Oaklawn slate if the connections are willing to stretch out to 1-1/16 miles. Gulfstream Park has $75,000 stakes for the sophomore fillies on dirt in June and July as lesser options if she’s kept in harder training and needs to run.Honorable Mentions: Much like he did in the Tropical Park Derby, Halladay overcame a wide post draw at Gulfstream Park on April 4 to win a quality allowance race in front-running fashion. The 4-year-old is developing into one of the up-and-coming eastern turf milers. Shashashakemeup shook up the Oaklawn Park toteboard in the April 5 allowance finale for 3-year-olds. The Lecomte and Risen Star Stakes also-ran scored a 49-1 upset over a solid field that included Grade 2 San Vicente runner-up Ginobili, who wound up fifth as the 4-5 chalk.