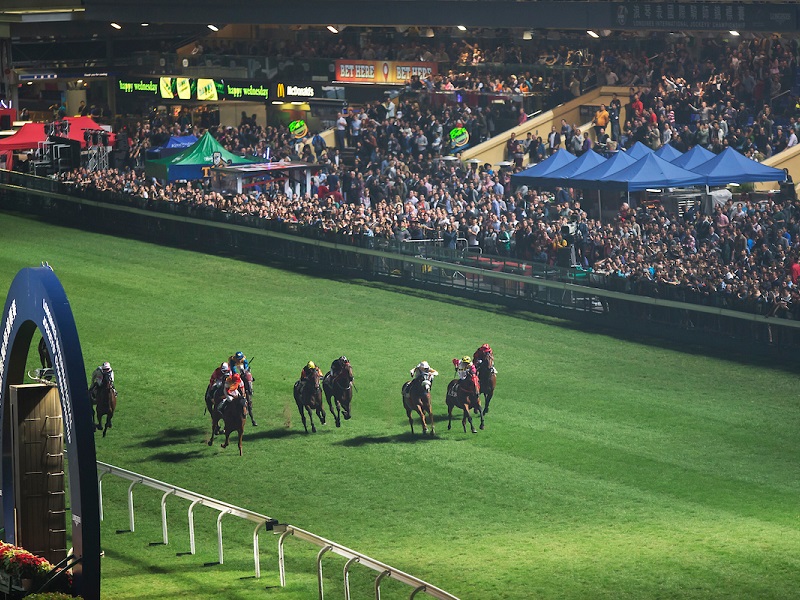 #8 Dionysus Collin is unlucky not to already be a winner and although is isn’t the easiest of contests, he does rate as a leading player, especially with four runner-up efforts next to his name. If he can overcome the wide draw then he can finally go on with it. #9 Everyone’s Elite is another who is unlucky not to have already won. He’s finished second in his last five races and he’s proven that it’s only a matter of time before he does deliver. This appears to be a race in two and in his favour is the soft gate and retention of Joao Moreira. #2 Play Wise mixes his form but is a two-time Class 4 winner. He’ll relish the return this grade and he deserves respect. #10 Galaxy Emperor hasn’t done much across his short six-start career, though, the added distance just might be what he is after.

#2 Let’s Take It Easy is a three-time course and distance winner. This is right up is alley and the retention of Zac Purton has to warrant respect, especially with the blinkers applied here as he looks to three narrow defeats behind him. #1 Happy Warrior is as consistent as they come. He’s been close up all season and if he runs up to his usual level, then he’s expected to be in the finish. #8 Focus is a much better Happy Valley horse and the return to his preferred track on Wednesday should spark sharp improvement. #5 Fun Times mixes his form but his best should see him finish thereabouts.

#1 Harmony N Home is lightly raced but he has shown his quality already across his short three-start career. Class 3 beckons for this galloper and with Zac Purton taking the reins again, he shapes as the one to beat. #5 Winner’s Heart is nearing a breakthrough win and he finds himself stepping back up to 1200m here. He can figure with the right run. #10 Super Alliances has mixed his form but has twice placed over this course and distance this season. He’s drawn to get the gun run and he’s another who has shown that it’s only a matter of time before he does go on with it. #3 Golden Glory won well two starts ago and since then has been far from disgraced. He won’t be too far away but there doesn’t appear to be much improvement left in him which is a slight concern.

#10 Simply Fluke makes his first start for the Douglas Whyte stable after transferring from the Dennis Yip yard. He’s placed in his last two starts and this contest looks more than suitable for him to finally breakthrough in as long as he can offset the wide gate. #3 Amazing won well two starts ago. He’s still racing well since that win and with even luck he’s capable of returning to the winner’s stall. #2 Gunnar is consistent and in his favour this time is Alfred Chan’s seven pound claim. He can run them along here and he’s capable of clinging on for prize money. #8 Wood On Fire has a bit of class about him and the inside gate should afford him every opportunity.

#10 Diamond Brilliant has finished runner-up in his last two outings. He’s racing well at present and his consistent record should see him prove difficult to reel in. He commands plenty of respect, especially from the in-form Benno Yung yard who bagged race-to-race double last Sunday. #3 Beauty Amigo is winless. He closed nicely last start for fourth at Sha Tin and he might just be down to a competitive mark now. #6 Seventh Sea is another who is winless. He has put together a few nice runs albeit without winning and this contest is suitable. #12 Good For You is already a two-time course and distance winner this term. He commands respect returning to the Valley after two runs at Sha Tin.

#4 Be Ready has gone close on a number of occasions already across his short six-start career. He’s shown plenty of ability early and the drop back to 1000m here on the tight turning city circuit appears a positive for his chances. #2 Explosive Witness arrived in Hong Kong as an undefeated victor at Moonee Valley in Australia. He’s drawn awkwardly in gate 12 but he does appear to still have a number of ratings points still in hand. #8 Amazing Kiwi finished runner-up last start. He’s an ex-Godolphin galloper who was a two-time winner in Australia. #7 Very Sweet Orange has hit a purple patch of form. He’s looking for his fourth consecutive win and he’s going to look the winner a long way from home if he tries to make all once again.

#1 Holy Heart brought with him some high quality British form with him and although he’s yet to record a win, he has shown that it’s only a matter of time before he does so. He narrowly missed by a short-head last start and it wouldn’t be a shock to see him go on with things here. #3 Smoothies made all for an impressive win last start. He’s likely to try the same again here and if he can dictate terms to suit himself, he’s going to warrant plenty of respect. #7 Flash Famous has put his best foot forward his last two starts and his now a four-time winner this season. He’s enjoyed a rapid rise to success and as he is in career-best form, he is expected to challenge this bunch. #4 Bear Again won easily three starts ago by four lengths over this course and distance. He’s next best.

#10 This Is Class is looking for his third consecutive win. He’s living up to his namesake with four wins already across 10 starts and with even luck he’s going to take a power of beating. #6 Hong Kong Win is a three-time winner already this term. He’s a pretty straightforward ride who with a positive run on the speed, always seems to run a bold race. This is suitable and the booking of Joao Moreira commands respect. #4 Gentle Breeze holds an imposing record at the Valley. He might have reached his mark but still, his best is more than up to this and gate one will see him do next to no work throughout. #2 Stronger sped to a track record two starts ago at the Valley. That alone suggests that he is going to be in the finish even if he went unplaced last time as his blistering best is worth consideration.