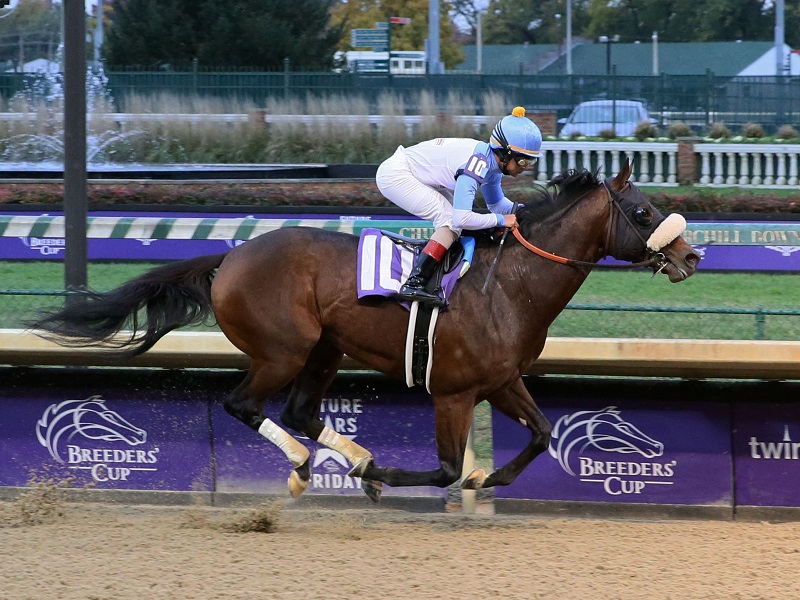 Each Monday, I’ll select my Most Valuable Pony from the previous week’s racing action around the country. Who won the week? It could be a breakout performer, a known stakes commodity or the horse lifting the most loot. Chime in on Twitter @Xpressbet with your thoughts on who should be each week’s MVP.April 6-12, 2020MVP: Tom’s d’EtatOwner: GMB Racing (Gayle Benson)Trainer: Al Stall Jr.Jockey: Joel RosarioPerformance: Welcome back to the 7-year-old Tom’s d’Etat, who on April 11 rallied with determination to win the $150,000 Oaklawn Mile. His first start since winning the Grade 1 Clark Handicap in November proved a challenge for the 4-5 chalk, but he was up to it. He collared Improbable nearing the wire to score by three-quarters of a length over last year’s Kentucky Derby and Preakness favorite. It was quite a performance by the top pair that sets up for a promising 2020 campaign for both. Tom’s d’Etat has now won 10 of 17 races for nearly $1.3 million in a stop-and-start career. His 3-race win streak includes Keeneland’s Fayette prior to the Clark and Oaklawn Mile.On Tap: The May 2 Oaklawn Handicap comes back in just 3 weeks, which may be tight for a veteran exiting a tough return race like this. Though he’s not been a 1-1/4 miles horse, there’s nothing in the pedigree or running lines that suggest Tom’s d’Etat should be aimed away from a potential Keeneland autumn return in the Breeders’ Cup Classic division. This Oaklawn Mile proves he can kick at a shorter trip in the Dirt Mile ranks as well. Last year, the son of Smart Strike appeared in summer races like the Grade 2 Stephen Foster at Churchill and Grade 1 Woodward at Saratoga. Expect a similar Kentucky-New York campaign if/when the calendar reopens.Honorable Mentions: Shooters Shoot turned in an eye-catching allowance win at Oaklawn on April 11 behind a stretch-long duel with Blackberry Wine. Both 3-year-olds hinted at stakes promise. Mr. Big News upset the $200,000 Oaklawn Stakes on April 11 with a deep rally at 46-1 odds for his first stakes win. That win earned him an automatic berth into the May 2 Grade 2 Arkansas Derby. And perhaps the most promising winner of the week also came April 11 at Oaklawn when regally bred 3-year-old filly Casual debuted a rallying winner. The daughter of stars Curlin and Lady Tak scooted 6 furlongs in 1:09.24 and overcame traffic in the process.