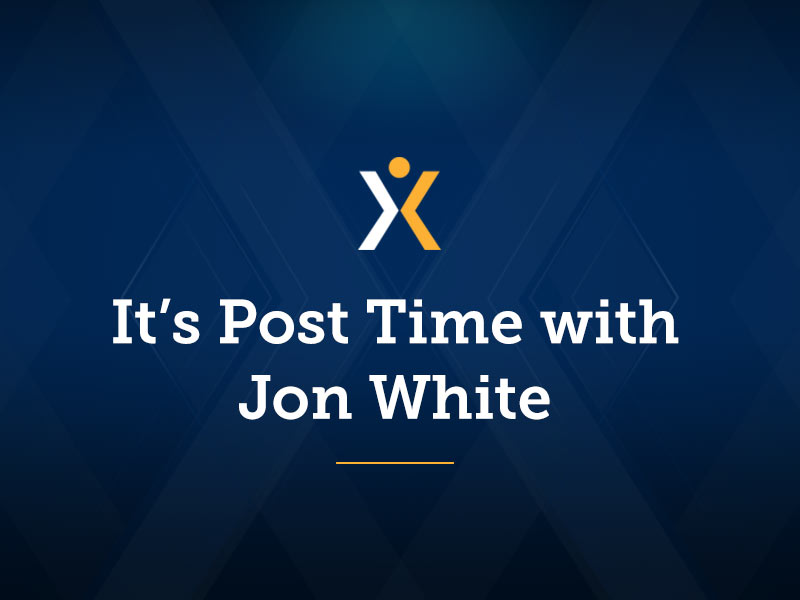 In an interview with Jerry Bailey and Randy Moss for nbcsports.com, Baffert reaffirmed that Oaklawn Park’s Grade I Arkansas Derby at 1 1/8 miles on May 2 is on the agenda for Nadal.

The current plan, according to Hall of Famer Baffert, is for Charlatan also to run in the 1 1/8-mile Arkansas Derby. The Kentucky-bred Speightstown colt is two for two. After winning a pair of races at Santa Anita by 5 3/4 and 10 1/4 lengths, Charlatan would be making his stakes debut in the Arkansas Derby.

Baffert said he is hoping the Arkansas Derby draws enough entries to be split into divisions. That’s because if the race is divided, Nadal and Charlatan would be able to avoid running against each other, just as was the case last year when the Baffert-trained duo of Game Winner and Improbable competed in different divisions of Oaklawn’s Rebel.

If the Arkansas Derby is not split, Baffert indicated his intention at this time, rather reluctantly, would be to go ahead and run Nadal and Charlatan against each other.

Complicating matters, Baffert went on to note that if the Arkansas Derby is not run in divisions, there is a chance Charlatan could end up on the also-eligible list due to not having sufficient earnings. His career earnings are $67,200.

If Charlatan does not participate in the Arkansas Derby, Baffert would be forced to wait and run him at a later date, perhaps at Santa Anita if at some point it does get the green light to resume live racing.

As for Authentic, Baffert said he’s going to “back off” him.

Authentic is three for three. The Kentucky-bred Into Mischief colt won Santa Anita’s Grade III Sham Stakes on Jan. 4 by 7 3/4 lengths despite not running a straight course in the stretch when racing greenly. Authentic then did not exhibit any bad behavior on March 7 in Santa Anita’s Grade II San Felipe Stakes when he raced with ear plugs for the first time. After bobbling at the start, he won by a comfortable 2 1/4 lengths.

Baffert had intended to run Authentic in the Grade I Santa Anita Derby. But the Santa Anita Derby was not held on April 4 after the Los Angeles County Department of Public Health ordered Santa Anita to cease racing as of March 27.

Hitting the “pause button” with Authentic makes sense. Baffert explained it was decided to do so because “he’s a late (May 5) foal” and “a light-boned horse.”

Baffert said he believes that Charlatan, Nadal and Authentic “all are superstar material.” All three are on my current Kentucky Derby Top 10.

Wells Bayou, who won the Grade II Louisiana Derby by 1 1/2 lengths at 1 3/16 miles on March 21, is a newcomer on my Kentucky Derby Top 10 this week. The Kentucky-bred Lookin At Lucky colt, trained by Brad Cox, edged out Mr. Big News for the No. 10 spot.

Thousand Words, yet another who resides at the powerful Baffert barn, exits my Top 10 this week after being No. 9 last week.

Thousand Words finished fourth in the San Felipe when he lost by 11 1/4 lengths. That was followed by his defeat as the 5-2 favorite in last Saturday’s 1 1/8-mile Oaklawn Stakes at Oaklawn Park. After Thousand Words stumbled badly at the start, he lost by nearly 30 lengths when he finished 11th on a sloppy track. Mr. Big News rallied from 11th to win by a half-length in a 46-1 upset for trainer Bret Calhoun.

By the way, while Oaklawn Park does many things right, I must say it has demonstrated a lack of imagination lately in terms of naming stakes races, as evidenced by the fact it now has the Oaklawn Handicap, Oaklawn Mile and Oaklawn Stakes.

What I find quite interesting with regard to Mr. Big News is he’s a 3-year-old who continues to improve race after race. After losing his first three career starts, the Kentucky-bred Giant’s Causeway colt has won two of his last three.

Mr. Big News sports a rare Beyer pattern in that his figures have steadily been climbing. After being credited with a mere 48 Beyer at first asking, he has recorded figures of 57, then 70, then 77, then 78, then 87 in his victory last Saturday.

ONE OF CHARLATAN’S VICTIMS WINS AGAIN

On Feb. 16 at Santa Anita Park, Charlatan burst on the scene with a 5 3/4-length victory at first asking when he completed six furlongs in a rapid 1:08.85. Shooters Shoot finished second, 7 1/4 lengths in front of Lane Way in third.

Shooters Shoot, a Kentucky-bred Competitive Edge colt, is two for two since his Feb. 16 loss when no match for Charlatan.

On March 15 at Santa Anita, Shooters Shoot won a one-mile maiden special weight race by 3 1/4 lengths on a wet track rated as good. And then, in an effort befitting the name of his sire, Shooters Shot narrowly prevailed at the end of a one-mile equine slugfest with Blackberry Wine last Saturday at Oaklawn.

Blackberry Wine went into last Saturday’s tussle off a 13-length victory in a 1 1/16-mile maiden special weight race on a sloppy track March 14 at Oaklawn.

The last time that Shooters Shoot lost, he most certainly encountered a buzz saw in Charlatan.

Following Charlatan’s debut triumph, he registered a resounding 10 1/4-length win in a one-mile allowance/optional claiming race at Santa Anita on March 14. The Kentucky-bred Speightstown colt was making his first start around two turns and facing winners for the first time.

Tiz the Law is the only other 3-year-old to have recorded a triple-digit Beyer this year. When Tiz the Law won Gulfstream Park’s Grade III Holy Bull Stakes by three lengths at 1 1/16-miles on Feb. 1, he was credited with a 100 Beyer.

Charlatan’s Beyers of 105 and 106 are quite impressive all by themselves, but they look even better when compared to Triple Crown winners American Pharoah and Justify.

In American Pharoah’s Triple Crown sweep, his Beyers were 105 in the Kentucky Derby, 102 in the Preakness Stakes and 105 in the Belmont Stakes.

Charlatan’s 105 and 106 Beyers also exceed the 104 and 101 figures for Justify in the initial two starts of his six-race career in which he never lost.

After Justify’s first two races, he recorded Beyer Speed Figures of 107 in the Santa Anita Derby, 103 in the Kentucky Derby, 97 in the Preakness and 101 in the Belmont.

It’s perfectly understandable why this Saturday’s Apple Blossom Handicap at Oaklawn Park has enticed a large field. Fourteen fillies and mares, including five Grade I winners, are entered in the 1 1/16-mile affair.

For one thing, there are very few opportunities for any Thoroughbred to compete anywhere these days. Only a handful of tracks in this country currently are permitted to conduct live racing because of the coronavirus pandemic.

Additionally, this year’s Apple Blossom provides a golden opportunity for the 14 entrants to try and win a Grade I, $600,000 race without having to face divisional leader Midnight Bisou.

In Midnight Bisou’s 2020 debut on Feb. 29, she finished second to Maximum Security in the world’s richest horse race, the $20 million Saudi Cup.

Following the Saudi Cup, Midnight Bisou returned to the United States. It was decided to give Midnight Bisou some time to recoup after she ran so hard in Saudi Arabia in conjunction with her long trip. She’s now back in training for Hall of Famer Steve Asmussen. A return to the races sometime during the summer appears in the cards for Midnight Bisou.

Midnight Bisou won last year’s Apple Blossom as the 4-5 favorite, though by only a scant nose over 8-1 Escape Clause.

Serengeti Empress is the likely Apple Blossom favorite in light of her dominant, front-running 6 1/4-length win in the Grade II Azeri Stakes on a sloppy track March 14. It was the first time she had raced at Oaklawn. Tom Amoss trains the 4-year-old Kentucky-bred Alternation filly.

Come Dancing will be making her first start since finishing sixth in the Grade I Breeders’ Cup Filly & Mare Sprint at Santa Anita last Nov. 2. The 6-year-old Kentucky-bred Malibu Moon mare has shown that she can run a biggie when coming off the bench.

In Come Dancing’s 2019 debut following a layoff, she won Aqueduct’s Grade III Distaff Handicap by nearly eight lengths at seven furlongs. She recorded a 114 Beyer Speed Figure that day. The only bigger Beyer Speed Figure in all of 2019 was the 121 credited to Shancelot when he streaked home to a 12 1/2-length win in Saratoga’s Grade II Amsterdam Stakes at 6 1/2 furlongs on July 28.

While Come Dancing has demonstrated that she’s capable of a terrific effort when returning from a layoff, a concern Saturday is the Apple Blossom will be her first race ever around two turns. All eight of her career wins have come in races around one turn.

The only time that Come Dancing has ever raced farther than 1 1/16 miles, she finished fifth in the Grade I Beldame Stakes at 1 1/8 miles around one turn at Belmont Park in 2018.

Ce Ce and Ollie’s Candy invade for the Apple Blossom from Southern California after finishing first and third, respectively, in Santa Anita’s Grade I Beholder Mile on March 14.

In Ce Ce’s first 2020 start, she won a 6 1/2-furlong allowance/optional claiming race in emphatic fashion by 4 1/4 lengths at Santa Anita on Feb. 17. The 4-year-old Kentucky-bred Elusive Quality filly then trounced 3-5 favorite Hard Not to Love to win the Beholder Mile going away by 3 1/4 lengths when 4-1.

Ce Ce is a half-sister to Papa Clem, who won the Grade II Arkansas Derby in 2009, the last year before that race was appropriately upgraded to Grade I status.

Ollie’s Candy has a right to improve on her third in the Beholder Mile in that it was her first start of the year. The 4-year-old Kentucky-bred Candy Ride filly had not raced since finishing fourth behind Blue Prize, Midnight Bisou and Serengeti Empress in the Grade I BC Distaff at Santa Anita last Nov. 2.

My pick to win this year’s Apple Blossom? I’m going with Ce Ce despite the fact she had the misfortune of drawing post 14. Her poor post position does lessen my enthusiasm for her, but I’ll still pick her to win off her two sparkling 2020 victories.