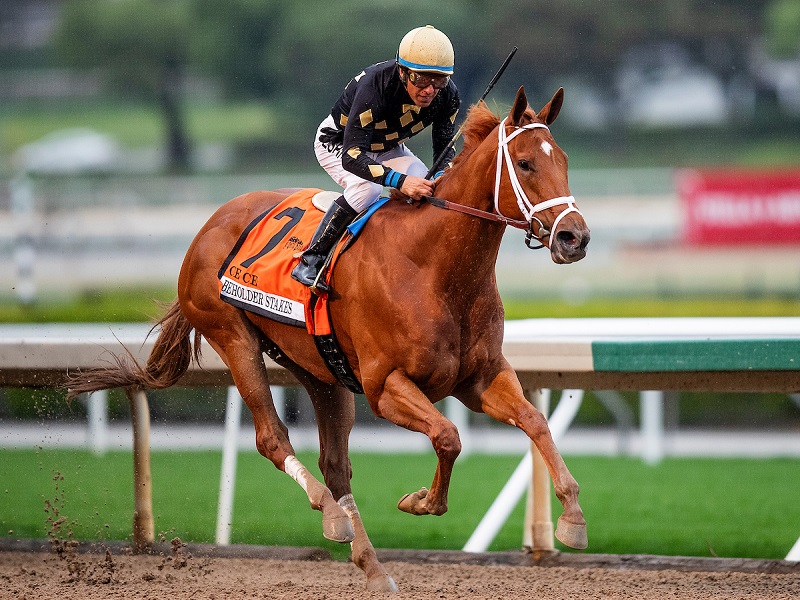 Each Monday, I’ll select my Most Valuable Pony from the previous week’s racing action around the country. Who won the week? It could be a breakout performer, a known stakes commodity or the horse lifting the most loot. Chime in on Twitter @Xpressbet with your thoughts on who should be each week’s MVP.April 13-19, 2020MVP: Ce CeOwner: Bo HirschTrainer: Michael McCarthyJockey: Victor EspinozaPerformance: It took something special to unseat Whitmore in this spot (see Honorable Mentions), and Ce Ce delivered just that in the Grade 1 $600,000 Apple Blossom at Oaklawn on April 18. The 4-year-old Elusive Quality filly overcame post 14 and a phenomenal effort from front-running and fellow Santa Anita-based rival Ollie’s Candy to win by a head. Ce Ce tallied her third straight victory, following the Grade 1 Beholder Mile on the west coast, to put her at or near the front of the distaff division nationally. Among those in her wake in the Apple Blossom were 4 other previous Grade 1 winners, including last year’s Kentucky Oaks heroine and defeated favorite Serengeti Empress.On Tap: The uncertainty of the national stakes schedule in this current environment makes planning a futile exercise. McCarthy hasn’t been afraid to ship outside of California in the past, so expect a few select dates over the next few months as possibilities toward the Breeders’ Cup Distaff at Keeneland in the autumn. The Clement Hirsh at Del Mar and the Zenyatta at Santa Anita are traditional summer-fall spots for the elites in this division regionally, and the Spinster at Keeneland could be a last-call prep over the BC host track if the schedule resumes.Honorable Mentions: Whitmore won Oaklawn Park’s Grade 3 $350,000 Count Fleet Sprint for a third time on April 18, the first horse to do so. The undisputed sprint king of the mid-South now owns an all-time record 7 stakes wins at the Hot Springs oval. He remains a treat to watch at age 7. Also this past week, Mihos snapped a 5-race losing streak April 17 at Gulfstream Park in allowance company, his first score since the 2019 Mucho Macho Man Stakes. The Jimmy Jerkens trainee could develop into a solid stakes campaigner during this 4-year-old season at middle distances, and perhaps will intersect sometime this year with the aforementioned Whitmore.