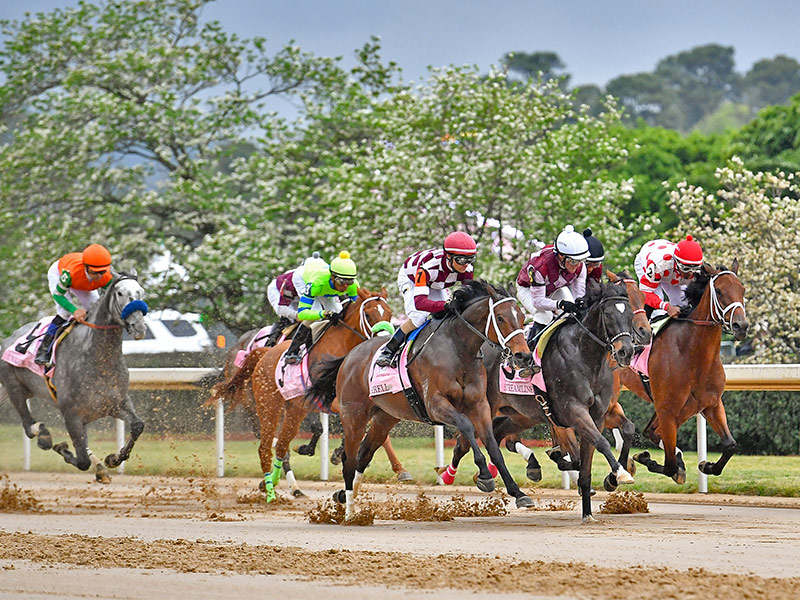 Each Monday, I’ll select my Most Valuable Pony from the previous week’s racing action around the country. Who won the week? It could be a breakout performer, a known stakes commodity or the horse lifting the most loot. Chime in on Twitter @Xpressbet with your thoughts on who should be each week’s MVP.April 20-26, 2020MVP: VolatileOwner: Phoenix Thoroughbreds and Three Chimneys FarmTrainer: Steve AsmussenJockey: Ricardo SantanaPerformance: In a week of stakes sprints at Oaklawn, it was an allowance performer who proved fastest of them all. The 4-year-old Volatile made his 2020 debut a rousing success April 25 in an effort that points him a possible successor to retired ex-barnmate and last year’s Champion Sprinter Mitole. Volatile crushed his foes by 7-1/2 lengths and ran 6 furlongs in 1:08.48, easily out-clocking any challenger over a very good weekend of sprint racing. The $850,000 yearling buy by Violence has won 3 of 4 lifetime starts since his July 2019 debut at Ellis Park.On Tap: Who knows what the stakes schedule will offer in the near future? But there’s little doubt this one will have the Breeders’ Cup Sprint at Keeneland in the autumn as a circle on the calendar. He’ll need to prove himself against better stakes competition, likely to come in Kentucky and New York when those venues reopen. By comparison, Mitole’s campaign to a Breeders’ Cup Sprint title included stops in the Churchill Downs Handicap, Met Mile, Vanderbilt and Forego.Honorable Mentions: April 25 Oaklawn sprint stakes winners Mia Mischief and Long Weekend turned in exemplary efforts in the Carousel and Bachelor, respectively. Mia Mischief dominated a strong group that included Bellafina by more than 4 lengths for her 10th lifetime win. She pushed her earnings over $1.2 million. Long Weekend added to his Gazebo Stakes win at the meet by taking the Bachelor in a stretch-long throwdown over Echo Town. At Gulfstream on April 25, Dr. Post made a house call in the Unbridled Stakes for his first stakes win. The son of Quality Road and Madison winner Mary Delaney could be a late bloomer on the Derby trail for Todd Pletcher. And finally, elite 3-year-old sprinter No Parole bounced back from a failed route experiment in the Rebel to dust an April 25 Oaklawn allowance for his fourth win in five tries.