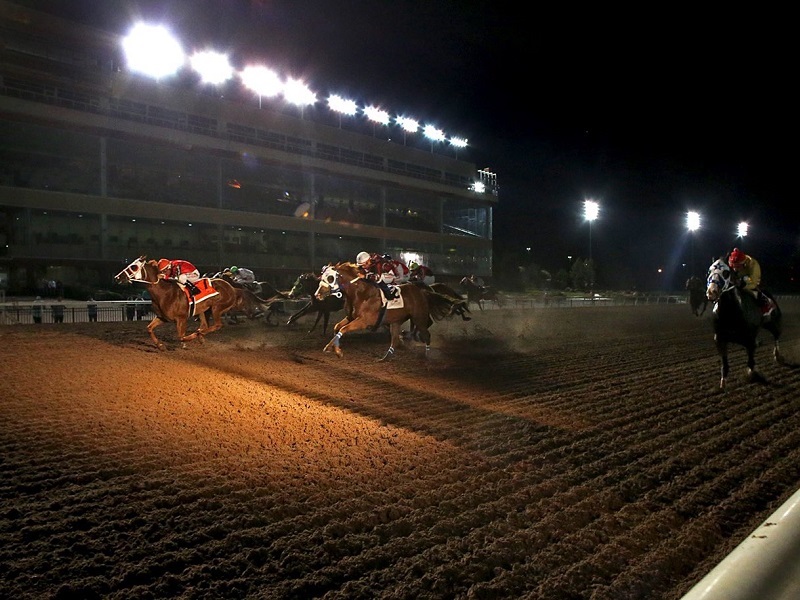 As it is at this time every year, Remington Park has some important Quarter Horse issues to resolve.

The $1 million-estimated Futurity and the $350,000-estimated Derby are two long-time plums in the Quarter Horse industry. The five fastest from each night will congregate for the Futurity final on May 30, and the 10 fastest from Sunday will qualify for the Derby final.

My focus here is on the Saturday night’s card and what to expect. Here is the opening double and a couple of Pick 3 plays to consider:

The program kicks off with what would be the most logical winner in the first, and that’s Aint She Tempting. The Tempting Dash filly rolled to a convincing victory in the Oklahoma Futurity on March 21. A margin of a length is good in Thoroughbred racing, but it’s tremendous in Quarter Horses, especially in big-money races.

Aint She Tempting will be short on the board, and the way to make money could be to try to beat her or use her in the daily double. I’m taking the latter route. The second race does not have a standout, which opens it up the double for a better pay. Good options for the second half of the double are, in order of preference, Conspicously Sweet, Soverynee, Jess a Candy Rogue, and Peves Big Hoss.

This begins the Kick-Off Pick 3 and it runs through races 2-4. Just as they are on the double ticket, Conspicuously Sweet, Soverynee, Jess a Candy Rogue and Peves Big Hoss are on the 50-cent Pick 3 suggested ticket.

Conspicuously Sweet had a rotten trip her first try and can expected to improve. She hopped at the start, veered and still finished sixth, beaten two lengths – not bad considering the trouble. Soverynne is a first-timer with decent works and lands in a good spot in which to debut. Jess a Candy Rogue was a closing fourth in his only start which came in Louisiana. A good break will put her right into the mix. Peves Big Hoss was an even third in his only start and has an excellence chance to improve.

The second leg is as tough as the first leg as first-timer Cartels Comet, Big John Jacob, Fundimental and Roma look good enough for inclusion. Cartels Comet has drilled quickly for his initial journey, Big John Jacob is another first-timer that wasn’t asked for a lot in drills but is bred to scoot, Fundimental was fourth in his debut and should improve, and Roma was second in Louisiana and can be a factor in her first local start.

Bpmysoutherndynasty put a couple of races behind him before figuring it out, but when he did, it was impressive. He comes in off a 1.5-length maiden win and a similar run can get it done for him in this race. He bucked and lost his rider in his first attempt, which was a trial for the Oklahoma Futurity. He followed with a 4th in a Remington Futurity trial and did it all properly in his easy win.

He’s a single in the first leg, and he’ll be used with Instygator, One for Venation, He Is Already Gone and Volcums Hot Candy in the second leg. Instygator was an easy winner in a maiden race 1st time out, is well-connection and will get plenty of spot. However, others have either shown ability and look like they’re improving, or look ready for a big run at first asking. He Is Already has had some moderate works, but has a good pattern and is well bred and well connected. One for Venation is a maiden but improved in his second start and appears to be ready for longer distances than what he’s seen. Volcums Hot Candy has a pair of outstanding workouts and clearly looks ready for the real deal.

The final leg is strong, with Our Secret Weapon, Dynamo Snow, Hez Tuff LBH and Captain America B on the ticket. Our Secret Weapon comes in off a stakes win after finished fourth in a four-horse photo in his debut. He lost by a neck that day, won by a neck in his follow and continued improvement and more distance will help him here. Dynamo Snow was second by a neck in his only start and could improve. Captain America B was second in his debut and then was unlucky in his next two. As the even-money favorite against Our Secret Weapon, he had severe traffic problems and was pulled up. He went off as the odds-on choice in his latest, was roughed up again at the start and finished seventh. His connections are hoping for a clean trip and he’ll probably be a strong factor if he gets one. Hez Tuff LBH was third and second in his first two and should get able to get a clean run from the outside.