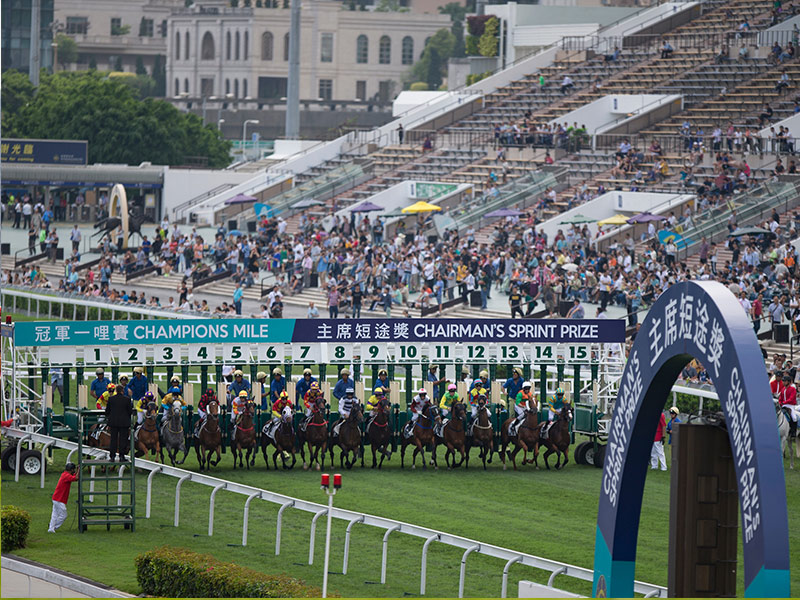 #9 Aeroflash is down to his mark and appears to be racing well for John Moore. He’s drawn to get the gun run for Vagner Borges who of late, has been in excellent form with three wins from the last two race meetings. #4 Enjoyable Success is racing well and is another, who gets the services of an in-form jockey, this time in the form of Antoine Hamelin. He’s been competitive this term and it’s only a matter of time before he secures another win. #2 King Print gets Zac Purton on for the first time. This booking alone warrants respect as the pair have been on fire all season together. #10 Sky Gem is proven and this race is suitable for him.

#2 Colonel struggled last start but he has shown glimpses of ability across his career. He’s drawn well and although Zac Purton hops off, he’s still shown enough already to suggest that a win wasn’t too far away, especially if he can reverse his last-start performance. #4 Comfort Life if anything is reasonably consistent. This isn’t an overly strong contest and he might just be ready now to piece it all together for his second win. #9 Dublin Star has been somewhat of a conundrum across hi short, five-start career. Still, there is something there and he does bear close watching. #13 Jazz Steed grabbed fifth last time out. He’s shown steady improvement and once again, should be able to advance further with that performance under his belt.

#4 Dream Warriors is honest and is a two-time winner already this season. He’s more than capable of adding another win to his tally here and the booking of Zac Purton signals intent from the yard. #3 Have Fun Together gets the soft draw and 10 pounds off thanks to apprentice Jerry Chau’s claim. He’s already striking at 50% with two wins from four Hong Kong rides and as a last-start winner, this gelding is a chance to give the youngster another win. #9 Speedy Dragon is more than capable of turning his form around the booking of Joao Moreira suggests there is a chance of this happening on Sunday. He’s a two-time winner who has won off near this mark before. #6 Judy’s Star mixes his form but has finished runner-up on three occasions. The penny is close to dropping but when that happens, is the question.

#10 All For St Paul’s turned his form around to grab second and he appears capable of going one better here. The booking of Antoine Hamelin warrants respect and it wouldn’t surprise to see him go one better here. #4 Heza Beauty has gone close a few times and he appears to have hit the ground running for a horse with only four starts next to his name. He’s drawn to get the right run. #2 Classic Posh is down to his mark and gets a suitable draw for Hong Kong’s champion jockey Zac Purton. It wouldn’t surprise to see him improve vastly. #9 Stunning Impact flashed home for third last start. He arguably could have won that day but nevertheless, does get a chance to atone for that performance here.

#6 Chevalier Prince grabbed a close-up third on debut over 1200m at Sha Tin. He’s ready for the step up to 1400m off that performance and with even luck rates as the one to beat. #3 Casa De Forca is winless across 18 starts, but still, has been racing well and just might be down to a mark which can see him finally go on with it. If he can overcome the wide draw he’s in with a shout. #9 Best For You has gone to a new level as a two-time winner already this term. Again, he’s suited by the conditions of this race and is expected to be fighting out the finish. #2 Triumphant Horse is next best.

#9 Diamond Brilliant is unlucky not to have won another race this term having placed in each of his last four outings. He gets his chance here down the straight and the booking of Joao Moreira should afford him every opportunity. #2 Cue The Music has largely struggled since his initial win but still, he has ability and if he manages to showcase his bets down the straight he’s a chance. #6 War Of Courage is as honest as they come having never finished outside of the top three, including two wins. He’s racing well and his consistency holds him in good stead for this. #11 Good View Clarico is searching for his third consecutive win. Slight concern with Zac Purton electing to ride the top-weight while this galloper steps up to Class 3 but still, he’s in-form and is not without a hope.

#10 Tung Wah Glory gets in light with only 118 pounds on his back and off his last two runs, he’s shown immense ability. Karis Teetan takes the reins which is more than suitable and with even luck, he can add another win to his tally. #7 Ever Laugh is the classy veteran of the field with five wins from 33 starts to his name. Zac Purton takes the reins here and as a winner already this season he rates as a leading player. #8 Cheerful Leader has gone to a new level of late with a win and two placings from his last three runs. He’s racing well up in class and does appear to be up to this level. #4 Alpha Hedge won well three starts ago. He’s consistent.

#4 Enrichment is looking to snap a streak of four runner-up efforts. He’s racing well albeit as a costly commodity and if he can continue his good form, he is a chance of finally scoring a well-deserved win. #1 Butterfield has come out of his Four-Year-Old Classic Series campaign well and appears to have another win in him before season’s close. #8 Uncle Steve turned his form around last start to grab third. He’s a talent and although he’s had his issues, if he manages to stay sound he is capable of going on with it here. #2 Super Oasis makes his first start for Ricky Yiu. He’ll relish every metre of the 1800m and although he probably is better over further, he can still make his presence felt.

#6 High Rise Soldier was nearing a win until his wide, luckless run last start. He can atone for that performance here as his form prior to that run, was nothing short of solid. #10 Team Power has hit the ground since arriving to Hong Kong. He won well last start and the inside gate should afford him every chance to score again. #9 Ka Ying Excellent is nothing short of consistent and he’s found another suitable contest here. #2 Taking Aim bears close watching with Zc Purton hopping up for Douglas Whyte.

#11 President’s Choice is searching for his third consecutive win in the finale at Sha Tin on Sunday and he appears more than capable of getting it. He steps up to Class 3 which makes things tricky now but still, he does appear to have a number of ratings points still in hand based on the manner in which he has been winning. #3 Inner Flame is looking to put his last start woes behind him after winning three on the trot. He can atone for that performance here as long as he can overcome the awkward gate. #2 Superich struggled on the dirt last start but performed well prior on the turf. He can figure here with the right run and the retention of Zac Purton once again, warrants respect. #5 Mig Energy is next best.