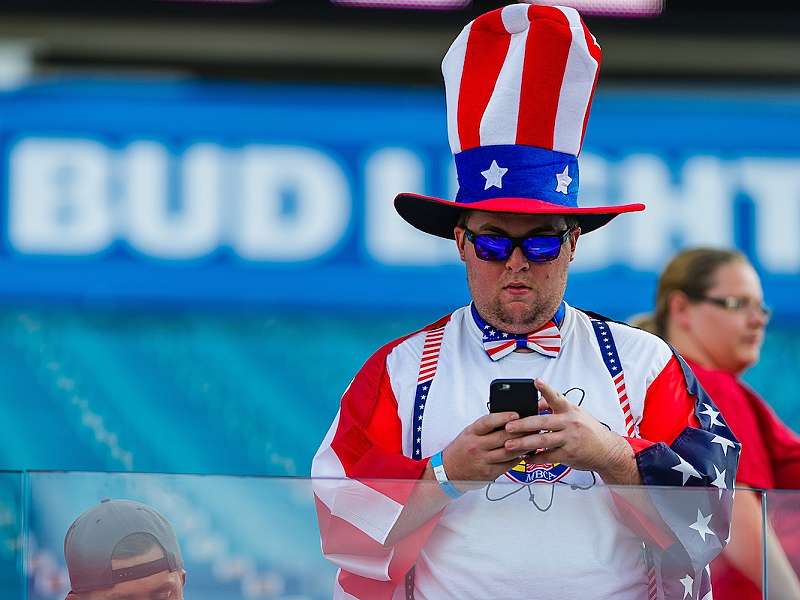 Twitter brings a false sense of power to many things great in scale in this world, even our little niche of horse racing. Once known as social networking, but quickly re-shaped to be called social media, its reach no doubt is far and wide. But it’s still networking, no matter how much “media” we wish to cast upon it. Twitter is networked among those of us who follow and re-Tweet each other. It’s a closed loop, an echo chamber. You only hear back out of it what you want to hear back out of it.

I find it fun and the fastest way to get news in many cases.

But does Twitter really represent the masses? Or, is it a lazy journalist’s way of taking the pulse of folks without actually hitting the ground and doing real reporting like the good-old-days of the early 2000s? The more I see Twitter reaction and compare it to horse racing’s ultimate vote-counting machine – the parimutuel system – I am apt to believe that Twitter’s echo chamber is more isolated than most think.

On any given Saturday, there are several-hundred thousand horseplayers casting their real opinions with dollars at the windows across North America. Yet, we seem to take the pulse of the industry and what’s reality by a few thousand or so Twitter handles that boast what we’re supposed to all think in 140 characters or less. Do the math: the really serious Twitterazzi, both professional and die-hard recreationalists, represents about 1/100th of the actual people betting the races most weeks, or one percent.

Think of this in political terms, since this is the real firestorm of Twitter’s rampant media use. If you let 1 percent of the people speak for you, you’re not likely to be well represented no matter which side of an issue you sit. Sports commentator Jason Whitlock made a very astute mention recently about how the traditional media is addicted to social media. And, he’s right. They’ve become reactionary to the reactions – of those they follow and gauge. Marketers fall into the same trap.

But horseplayers are different. Not the horseplayers with Twitter handles, mind you. The horseplayers with Twitter handles are almost like robots. You can mask out the name and just read the 140 characters and probably guess the voice as often as you pick winners in a 10-horse field. Whether it’s Monday or Sunday, a race at Turf Paradise or Turfway Park, most of the Twitterazzi has clearly defined itself and its sure-to-come reaction. One is ready to tell you the rail is dead at track X; another just sitting on the ‘enter’ button to blast a jockey’s ride; others set to hammer points about takeout, breakdowns, juicers or bad favorites they knew would lose.

Horseplayers not tied to their Twitter handles just bet. They don’t listen to the noise. They still make Songbird 2-5 in the Personal Ensign after a seemingly overwhelming social networking consensus that the once-great filly was ready for retirement after the Delaware Handicap. These same sentiments had Lady Eli all-but-conceding her divisional superiority to stablemate Antonoe after the latter’s troubled trip in the Diana. The masses didn’t listen to the Twitterazzi here, either, making Lady Eli 3-5 Saturday before one of her best performances ever in the Ballston Spa.

There are some good voices on Twitter. There are some loud voices on Twitter. But we must remember that they are just that: voices. Once upon a time, a publication’s only person allowed to share his/her voice was the lead columnist, and it took years of trust and ascension to get to that point. Now, all you need is a wifi hotspot and a smartphone.

I still like Twitter, but I’m not going to mistake it for the real voice of the people – especially the horseplayers. For that, we already have the greatest voting system in sports.