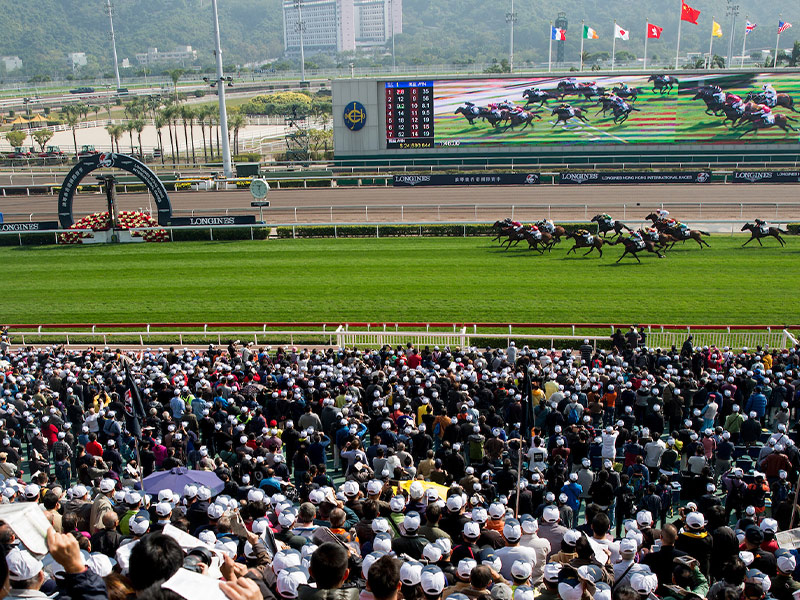 #5 Tinker Belle raced close to the speed first-up on debut and from there, faded to sixth. Still, she actually kept on gamely and maybe now, down the straight, she could find the necessary improvement required to win against this small and inexperience field. #1 Chancheng Prince has placed in all three of his career runs. He’s racing well and it wouldn’t surprise to see him finally go on with things here. #4 Sea Monarch did well on debut then at his second start, appeared to struggle. Still, the small field will ensure him a chance. #3 Hongkong Harmony is next best on debut. He caught the eye at the trials and bears close watching.

#8 Impeccable Fellow raced well last start from the widest ally, and this time, now breaking from gate five, he should be able to get every opportunity close to the pace. He’s down to a competitive mark by his standards and with even luck he might be able to piece it all together for his second Hong Kong win. #11 Bundle Of Energy is still winless across 22 starts. He’s another though, who appears to have found a competitive mark and his latest effort was more than encouraging. He can challenge this bunch. #2 Iron King is another who is winless. He steps into Class 5 now for the first time and with Zac Purton taking over, he just might be ready to go on with it. #14 Keep Going has shown glimpses of ability. He most likely needs to settle close to the speed and from there, may have a chance of clinging on for some prize money.

#1 Fabulous Eight has hit his straps his last two runs and it won’t surprise to continue on an upward trajectory into Class 3. Joao Moreira retains the ride here which suits and this contest appears his for the taking. #2 Dublin Star was a solid course and distance winner last time out. He’s still on the up and this contest appears suitable, though, he will need to shoulder more weight. #5 Super Kin has mixed his form but appeared to return in good order first-up last time out when finishing third. He’s open to further improvement with that run under his belt and off that performance, bears close watching. #6 Comfort Life is next best.

#3 Nicconi Express returns from a four month break. He’s trialled impressively leading into Sunday’s test and his best form is more than up to capturing this race, that is, if he manages to produce it at his first run back. #6 Lakeshore Eagle has gone to a new level of late as he searches for a hat-trick of wins. He’s down in the weights and if he can continue on an upward trajectory, then he’s going to be a force to be reckoned with here. #1 Time To Celebrate mixes his form but could find himself a soft enough lead here, especially with the addition of Alfred Chan’s seven pound claim. The young apprentice is fresh off a treble last Sunday and draws favourably here aboard the Per Incanto gelding. #5 Right Choice is looking to snap a run of two second-place efforts. He gets Zac Purton up which is suitable once again and in a tight contest such as this, he’s expected to be thereabouts.

#9 Precious Sweetie is reasonably consistent and is capable of putting his last-start struggles behind him where he finished a distant eighth on the dirt. He’ll improve switching back to the grass and now, off a competitive he should be able to challenge this bunch. #10 Noble Desire is lightly raced with only seven starts to his name. He’s well weighted here and the good draw should afford him every opportunity to grab his first win. #12 Strathclyde steps onto the turf for the first time this season. He’s actually raced well on the grass previously although limited and if he manages to capture his best, then he’s an excellent chance to score his first win in nearly three years. Joao Moreira hops on #4 Sparky Star for the first time after the gelding ran poorly on debut. Suspect he’s better than that performance otherwise the Brazilian wouldn’t be jumping aboard and on that reason alone, he bears very close watching.

#2 Gunnar is drawn to get the gun run and with Jerry Chau’s ten pound claim in use, he just might be able to pinch this. Last time out he was narrowly cut down by a short-head but again, finds similar conditions here and with a positive ride, he can get every chance to go on with it. #3 Fortune Happiness is a three-time winner on the dirt already this season. If he can recapture that form then he’s a leading player. #10 Tailor Made hasn’t exactly set the world on fire in Hong Kong, but maybe now, from the inside gate with no weight on his back, he just might be able to show something. #8 Viva Council is proven over this course and distance as a winner already this term. He’ll be thereabouts, especially off his current mark.

#6 Super Elegance is unlucky not to be a winner already this term having finished runner-up on four occasions. He’s had a little two month freshen up since his latest run and now, against this field with Zac Purton up, he gets an excellent chance to reward connections with a deserved win. #1 Champion Supreme sits at the top of Class 3. He’s done well this term as a two-time winner and if he’s held his condition out of his latest run, he’s going to be in the finish. #4 Defining Moment is looking for his fourth win from his last five starts. He’s racing in supreme form and there is little reason to suggest it won’t continue here, especially with Joao Moreira sticking aboard.

#2 Gunnison rarely runs a bad race and appears to have found himself a very suitable contest here. This is an excellent chance for him to finally score an overdue win after finishing runner-up in two out of his last four contests. #5 Red Desert steps out for owner Ronald Arculli, the namesake of this contest. His galloper won over this course and distance three starts ago and if, he manages to capture that here, he is capable of going on with it. #9 Will Power is a dirt specialist as a three-time winner on the surface. He gets in light but this is a reasonable class rise, with some talented seasoned campaigners lining up. #1 Ugly Warrior is a six-time course and distance winner. Arguably his best is behind him but a recent barrier trial success suggests that maybe, he’s capable of winding back the clock.

#7 Mighty Power closed off well for fourth over this course and distance last month and now, with that performance under his belt, he just might be on his way breaking his maiden. He gets a handy ten pounds off thanks to Jerry Chau’s claim and he should be able to test this field. #3 Chevalier Prince is a talent on the rise having placed in both of his outings. This is a suitable contest and with Zac Purton sticking aboard, he is likely to be in the finish once again. #2 Sam’s Love is racing well and if he can overcome the awkward draw, he’s going to be in the finish. #11 Destin is favoured by the inside draw which should afford him every opportunity.

#1 Sunny Boy receives a welcome return to Class 3 racing here. He’s mixed his form this campaign but on his day, he is a very speedy gelding, especially on the dirt and the booking of Zac Purton now, warrants respect. #2 Mega Heart is a two-time course and distance winner, including two starts ago. He’s drawn to get the gun run and with Jerry Chau’s ten pound claim, he gets in very light for the joint second-highest rated horse. #3 Sunset Watch was well supported and narrowly missed last time out. Still, if he can reproduce that here, at his second run on the dirt this season, then he can figure. #8 Good For You is always thereabouts, especially in this grade and this appears unlikely to change against this field.

Difficult contest to close out the day with but #12 California Gungho appeals, especially if he is a reasonable price. He’s pieced together a number of good runs in this grade and if he manages to offset the wide draw, then there is little reason to suggest why he can’t find it again here, especially returning to his preferred track and distance. #11 Unique Treasure rattled into second last time out. He gets conditions to favour here, off a low mark and good gate with Joao Moreira up, which should ensure he gets every possible chance. #7 President’s Choice is only a small horse but he has plenty of guts, especially as a two-time winner already. He knows what he’s doing and there appears to still be a number of ratings points in hand with him. #2 Be Ready is next best, though is becoming a costly conveyance having placed on five occasions from nine starts.