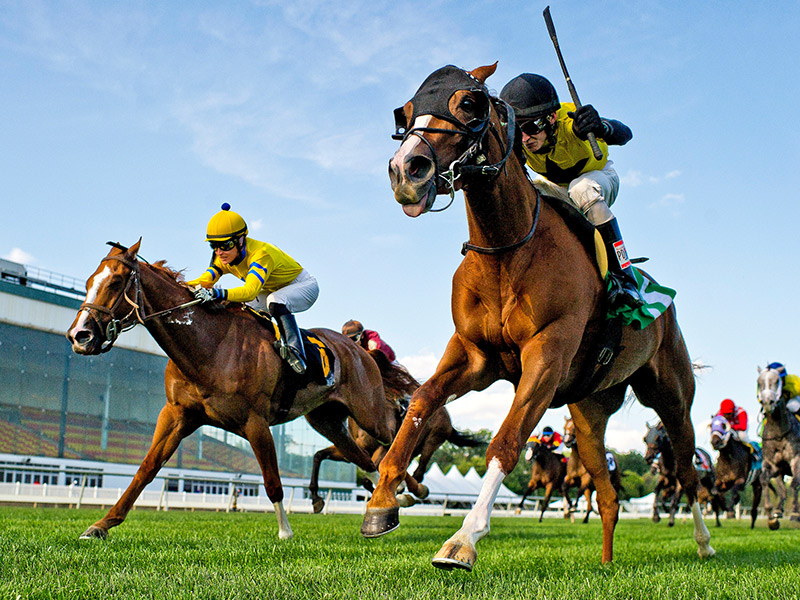 Jeff Siegel’s prime plays from around the country are offered on a daily basis to members of xpressbet.com and 1stbet.com. Always the day’s the cream of the crop, Day Makers emphasize price and wagering value and each selection should be given strong consideration both as a straight wager and as a key in vertical and horizontal exotics.

After tough trips in his first two career outings, this 3-year-old colt is due for some good luck and appears to have found a proper spot in this nine furlong turf affair for older maidens. Well-meant in his debut in January at Gulfstream Park, the son of Hard Spun clipped heels and nearly fell entering the far turn, raced in traffic when attempting to re-rally at the top of the stretch and then finished well to be second while no doubt best. Returning in late May, the E. Kenneally-trained colt was victimized by a poor draw and an extremely wide trip and understandably weakened late after looming a threat inside the furlong pole. Today, in a race without much pace, he should be comfortably placed throughout – perhaps even on the lead – and then have every chance to seal the deal. At 7/2 on the morning line he’s a win play and rolling exotic single.

Shows improving speed figures in each of his three career outings, most recently when a strong runner-up in a fast, highly-rated miler after pressing the pace throughout in a similar first-level allowance affair. The son of Uncle Mo stretches out to two-turns today and despite his poor draw should be quick enough to get over and secure a good stalking position. With another forward move – and based on a healthy workout pattern since raced we’re expecting just that – the M. Trombetta-trained colt should be hard to beat and represents value at or near his morning line of 3-1.