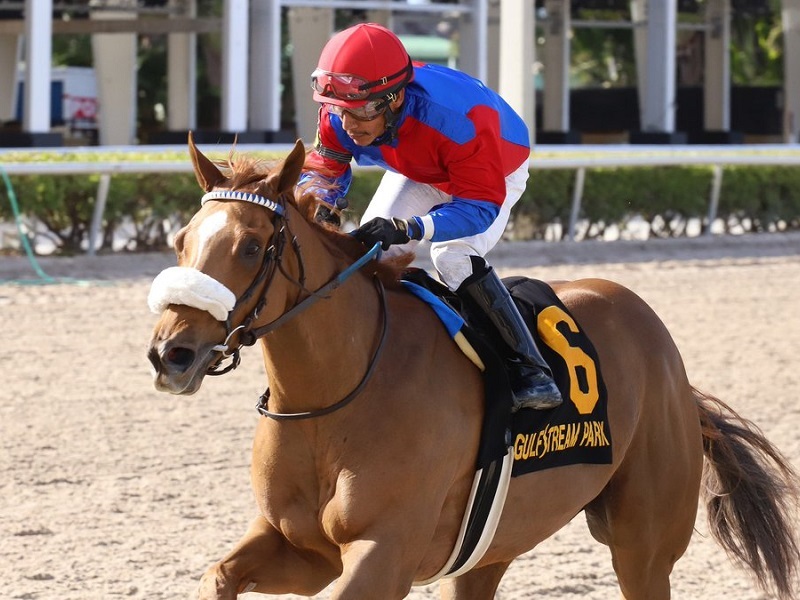 As if 2020 wasn’t confusing enough in all walks, in walks a top-notch filly to the Grade 2 Blue Grass Stakes for just the second time ever and first time since 1944. SWISS SKYDIVER (3/1; Kenny McPeek) turned up the intrigue for this $600,000 main event, which once again did its part drawing a large field of 13. It’s averaged more than 11.5 starters since returning to dirt, while last year’s winner Vekoma has gone on to more than endorse his quality this year at age 4.

McPeek has won the Blue Grass on Keeneland’s former dirt (Harlan’s Holiday) and on the synthetic (Java’s War). He’ll put this daughter of Daredevil to the test in hopes of his first win in his hometown’s most important race since the return of dirt in autumn of 2014. To her credit, SWISS SKYDIVER has had an epic run on paper, winning the Gulfstream Oaks, Fantasy at Oaklawn and the Santa Anita Oaks. That’s quite a travel trifecta. She also ran at Tampa and Fair Grounds in a 5-race campaign with 5 different zipcodes. Make it 6 on Saturday in what will be easily her toughest test. Her pedigree leans toward a miler, and I haven’t been wow’d by the 3YO filly crop this year with the likes of British Idiom and Donna Veloce not really advancing their game. She gets a 5-pound weight break, but taking anything less than about 8-1 at this distance for me seems an underlay.

A trio of Blue Grass contenders looked solid on paper, but their credentials got a real boost in recent weeks. ART COLLECTOR (5/1; Tommy Drury) ran roughshod over a couple of allowance fields at Churchill in recent months and looked good doing it. But when SHARED SENSE (Brad Cox) returned this week to score a confident win in the Indiana Derby it was a feather in the cap of ART COLLECTOR. He’s progressing nicely and that 114 BRIS late pace figure at 1-1/16 miles indicates this son of Preakness winner Bernardini can handle more distance.

Similarly, Arkansas-bred MAN IN THE CAN (10/1; Ron Moquett) built up a nice resume against what seemed inferior competition, but then his June 12 ALW pursuer DEAN MARTINI (Tom Amoss) made a rapid ascent next out to win the Ohio Derby. Plus, he’s already won at the 9F trip.

Then there’s rail-drawn speedster SHIVAREE (8/1; Ralph Nicks). The Florida Derby runner-up saw his Gulfstream rival TIZ THE LAW (Barclay Tagg) since win the coveted Belmont Stakes. I think SHIVAREE and jockey John Velazquez hold a real factor in the Blue Grass outcome. When Johnny V has a rail speed horse going 2 turns, he’s long been apt to break, come out 3-4 paths and float the entire field wide on the clubhouse turn. If he can cause that to ART COLLECTOR, MAN IN THE CAN and SWISS SKYDIVER, this race could set up for a horse to tuck in just behind and get a dream run.

From Arkansas, there’s a quartet of MR. BIG NEWS (10/1; Bret Calhoun), BASIN (8/1; Steve Asmussen), FINNICK THE FIERCE (12/1; Rey Hernandez) and longshot HUNT THE FRONT (30/1; Nick Zito). MR. BIG NEWS got a fall-apart pace in the Oaklawn Stakes and this doesn’t look quite like that set-up. He’s a one-run closer who notably is by Giant’s Causeway, who has sired recent Blue Grass winners on dirt Carpe Diem & Brody’s Cause. But his OP pursuers have come back to run duds in the Belmont and Indiana Derby. BASIN had a tough trip from a wide draw and chasing the star of the Arkansas Derby. He won’t have to do any of the dirty work here and will have every chance. I’m still not sure he wants 9F, however, based on very modest BRIS late pace figures. FINNICK THE FIERCE might be the most interesting of this group with an inside trip behind what could be a very good scenario. Jose Ortiz might fit him way better than a front-end type jockey Martin Garcia did at OP. Consider ‘FINNICK at a price for exotics.

From Louisiana, ENFORCEABLE (10/1; Mark Casse) will benefit from his outside draw given his slow-to-gather stride. He’ll want to tuck in some after the field leaves under Joel Rosario, who replaces Julien Leparoux. This isn’t an easy horse to ride, but he’s got as royal a pedigree as you’d want and can pick up steam once he gets his stride in sync. I’m a fan and think this rider change might shake him up, though no disrespect to Leparoux’s obvious talents at Keeneland.

RUSHIE (5/1; Michael McCarthy) represents California and gives us some measure on the likes of HONOR AP (John Shirreffs) and AUTHENTIC (Bob Baffert). RUSHIE has to avoid any first turn chain reactions from a tough post 10 draw. Finally, the Floridians outside of SHIVAREE seem up against it with HARD LIGHTNING (50/1; Alexis Delgado), ATTACHMENT RATE (20/1; Dale Romans) and TIESTO (15/1; Bill Mott). Perhaps the Tiznow strong Kee dirt route influence helps TIESTO on a turf switch, but the wide draw probably renders it moot.