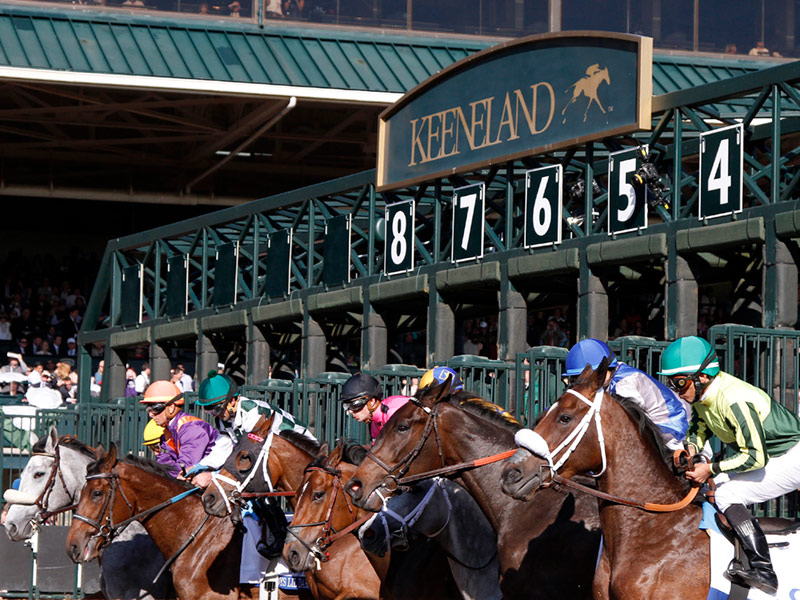 Two of the greatest recent of examples of retaining form are on display in half of the races in the Sunday Late Pick 4 at Keeneland.
Hard to beat the form sustainability of Whitmore and Zulu Alpha, a pair of 7-year-olds.

Whitmore is a closing pure sprinter with whom we are all familiar. Through his 14 wins in 34 starts and $3.1 million in earnings, we’ve seen him uncork his late run and has done most of his damage at Oaklawn. He’s raced just three times at Keeneland and has a win and two seconds. His latest Keeneland appearance was in the G2 Phoenix last year, when he was 7th in mid-stretch, made his usual late run and just missed, finishing second to Engage.
Whitmore is by far the most accomplished in the eighth race, which an optional claiming race. Not to worry, Whitmore’s folks are taking the “no’’ option on claim possibilities, but some in there are eligible to be claimed for $150,000. However, his running style makes him a difficult single. For that reason, he’s not alone in Race 8 (third in the sequence). Nitrous has taken on graded sprinters and has a chance to show up prominently in the stretch.
Zulu Alpha is the biggest of the big in the ninth as he’ll go postward as the favorite in the G2 Elkhorn Stakes at 1.5 miles on grass. His form is impeccable, especially in his last three. He’s never been better. He climbed to the head of the class with wins in the G1 PWC Turf Invite and the G2 Mac Diarmida, but just as a reminder that he’s not invincible, he lost by a neck to Bemma’s Boy in the G2 Pan American. He was favored in the 2019 edition of the Elkhorn and finished third as the favorite, beaten by Bigger Picture and Red Knight. He’s 1 of 3 over the Keeneland turf and that gives hope to the connections of others. Certainly a single of Zulu Alpha would not be out of line, but coupled with his Keeneland record and with the capabilities of others, using a couple of price horses with him looks like the thing to do. Nakamura and Oscar Dominguez appear headed in the right direction, and if an upset should occur, it could be with either of those.
The suggested ticket with three runners in the finale totals $45. As an option for those who believe Zulu Alpha is a no-lose proposition, that it takes is down to $15. For the same $45 total, one could go with a $1.50 Pick 4 instead of the customary 50-center. Here’s a look at the Pick 4 races:Race 6 (3:51 p.m., ET, maidens)MARKET RUMOR closed well for fourth last time at Churchill Downs, which isn’t always easy to do. He’ll welcome the two turns. Slight improvement makes her a huge player. MY FAVORITE DAY is an Asmussen first-times. Stonestreet put down $700K for the Pioneerof the Nile filly and she lands in a doable spot. HEAVENLY SIS was flying at the end of her last one at Churchill and just missed. Probably gets a more close-up run today.Race 7 (4:24 p.m., ET, G3 Transylvania Stakes)This is the spread race in this sequence. FIELD PASS comes in off a gate-to-wire score in the Audubon at CD and earlier took the G3 Jeff Ruby Steaks at Turfway. Other than dirt surfaces, he’s got it covered and fits well. VINTAGE PRINT hasn’t seen this level but has won three straight. IRISH MIAS has been a stakes regular, and rider Velazquez and trainer Motion have been particularly hot lately. FANCY LIQUOR was on the board in all three and always a front-end threat. BAMA BREEZE was second to FIELD PASS and is the best late threat. The pace will probably work in his favor.Race 8 (4:57 p.m., ET, optional claiming $150,000)WHITWORE is a standout in the class category and does his best from well back. He has has some starts in which he’s been fairly close to the lead. NITROUS was mid-pack against powerful sprinter Vekoma in the G1 Carter and was a fast-closing fourth behind WHITMORE in the Count Fleet. You don’t know what you’re going to get with NITROUS, but he’s eligible to be a late threat. Each of those will require a fast pace and clean trip.Race 9 (5:30 p.m., ET, G2 Elkhorn Stakes)ZULU ALPHA is as good as it gets in the older turf division but he’s 11 of 33 and has a late-running style. He’s clearly the one to beat. NAKAMURA and OSCAR DOMINGUEZ are decent routers that are ready to run against the best. NAKAMURA won three straight and earned his way into higher levels and tends to drop far back. He’ll need some things to work in his favor. OSCAR DOMINGUEZ brings his game from the West Coast and going this distance should be closer to the lead than usual. Like ZULU ALPHA, he’s a 7-year-old and only seems to be getting better as he goes.My Ticket