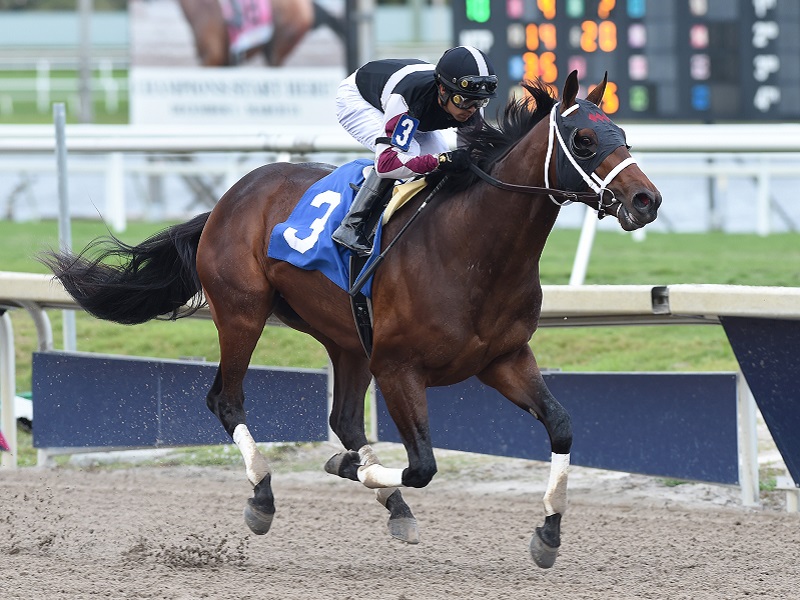 Another phenomenal Saturday of racing as Saratoga underway in Upstate New York and the action is hot at the Jersey Shore as Bob Baffert goes for an astounding ninth Haskell victory with Authentic.

Here is a four-pack of horses that caught my eye on Saturday at Saratoga, Monmouth and Gulfstream. Let’s cross our fingers for good trips and a little racing luck.

EVER DANGEROUS is a big price – 15/1 ML – and he could go up from there. To me, this just looks like a two-turn horse and while this is his toughest test to date, he’s moving to a far more advantageous post after drawing terribly in his last two races. Assuming #3 Get Smokin goes to the lead, which is his MO, I think EVER DANGEROUS sits a great trip just behind him.

The connections of MUSICAL HEART have spent a lot of time trying to figure out what this five-year-old gelding really prefers on the track – turf or dirt, sprint or route, etc. I think a bunch of factors indicate this type of race, going two-turns on the dirt, is his forte. He has won his last two dirt routes and looks like he has been entered in a race he can win, given his tactical speed and a deserved class drop.

From a value perspective, this is a great time to bet GLOBAL CAMPAIGN. He comes in off a disappointing 6th in the Blame Stakes at Churchill, but keep in mind he was favored against horses like Owendale, Silver Dust, Mr. Money and Diamond King that day. Now we might get 5/1 on him? Sign me up. He should sit the trip from the rail and won the Peter Pan last year over this distance (over the eventual Belmont Stakes winner) so we know he can handle going 1 1/8-miles.

This horse looks like phenomenal value to me. There is plenty of speed in this 5-furlong claiming dash and that would be perfect for DIDNT DO IT, who does his running from near the back of the pack. This is his second start off the layoff, he’s going from route-to-sprint and I think he will hit the board at odds of at least 8/1.

As for the Haskell, I'm betting #1 DR. POST with 'Jersey Joe' Bravo in the irons. I'll tie him to #2 STANDARD DEVIATION in the Daily Double that combines Races 11 and 12.