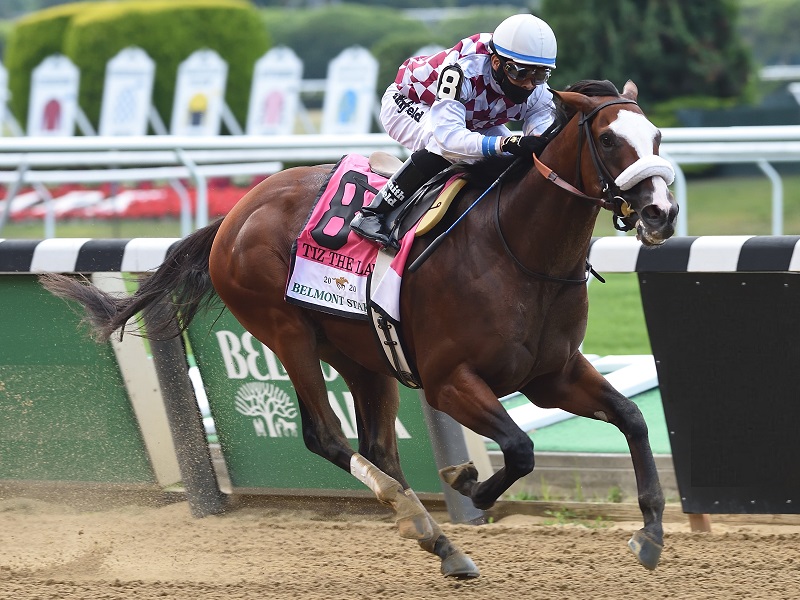 Saratoga's Travers Stakes (Race 11) runs through the obvious favorites #6 Tiz the Law and #3 Uncle Chuck. I’ll try to get #2 Country Grammer to split them in some trifecta plays, hoping to net a $20-type return. Here are a few of the most appealing plays on the undercard.

He exited a live maiden race two starts back at Churchill where the winner won right back at Ellis Park in an allowance race. Forget his last Keeneland start from a bad post where he was a speed and fade-type. He needs to rate a little bit because there’s pace in this race to run into. Chocolate Bar appeals around 5-1 as part of an entry.

In a race with plenty of early speed to stalk, expect jockey Manny Franco to follow the pace of #1 Violent Point and #3 Risky Mischief by saving ground and making one run down the lane. Ava K’s Girl is proven at the Spa, and I’m targeting about 6-1 odds.

Late-running Pink Sands will just let the inside speed of #1 Serengeti Empress and #2 Cookie Dough knock heads and hope the pace collapses. The race sets up for a finisher and Pink Sands should be running late. An 8-1 price would be nice.