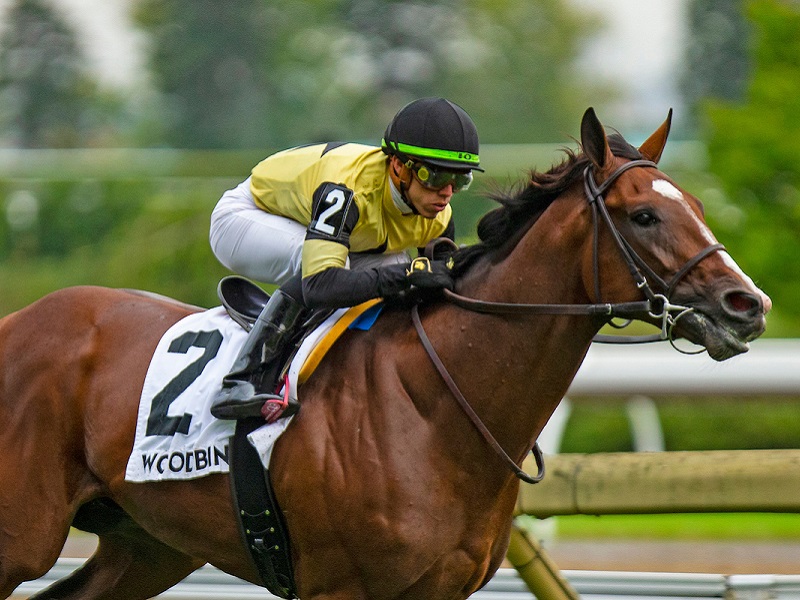 Talk about an encore. Last Saturday at Saratoga, Tiz the Law ran them off their feet in the G1 Travers and Gamine decimated her foes in the G1 Test.

At most tracks, that would be the end of their 3YO program. Turn on the lights, play the music…it doesn’t get any better than that.  But most tracks aren’t Saratoga, where major races are the norm, not the exception.

This Saturday’s card features a pair of blockbuster stakes races – the G1 Alabama on dirt for fillies and the Saratoga Derby on turf for the boys.  And on Sunday, the female counterpart to the ‘Derby, the Saratoga Oaks, goes on the lawn.

Heavy favorites will once again be the talk of the town, as Decorated Invader puts his three-race win streak on the line in the ‘Derby, while Swiss Skydiver, unbeaten by her own gender since February, appears a cut above in the Alabama.

For those betting on Saturday, I recommend checking out our Fun in the Sun Handicapping Tournament.  It’s a $25 Entry Fee + $100 Bankroll contest, consisting of the last five races on Saturday at Saratoga and the first five that day from Del Mar.  Prize winners so far have cashed for $4,137 (Week 1) and $3,832 (Week 2) and the top two finishers each week qualify for the Final Table on Labor Day, which has a current prize pool of $15,692. Not bad for a tourney with a $25 entry fee!

Also on Saturday, we’re offering a Money-Back Guarantee on the Saratoga Derby and Woodbine Oaks, as well as a 4 Million Point Split consisting of Saturday’s top Pick 4’s.  Register now to play.

But enough of the commercials, let’s talk some races.

DECORATED INVADER has won 5-of-7 races in his career and hasn’t faced defeat since he finished 4th in the Breeders’ Cup Juvenile Turf last November. It’s hard to imagine that this would be the race that would do him in, but he has never raced this far and this is arguably the nicest field he has faced all year.  From eye level it’s hard to envision a fast pace in here – GET SMOKIN is the only confirmed frontrunner – and Decorated Invader’s newfound tactical speed will allow him to get a jump on his primary rivals.  His stablemate, GUFO, is 4-for-5 in his career and won the G3 Kent Stakes at Delaware Park last out. Unfortunately, he appears to be extremely pace dependent. The ultra-consistent FIELD PASS has overachieved all year and could hang around for a piece of the purse given his solid tactical edge.

A field of seven fillies is attempting the 1 1/4-mile distance in the Grade 1 Alabama and this figures to be the final pre-Kentucky Oaks test for many of these, including SWISS SKYDIVER.  She is 3-for-6 in 2020 and her wins include the G2 Gulfstream Park Oaks and G2 Santa Anita Oaks, as well as a runner-up effort behind Art Collector in the G2 Blue Grass. If anything, you’ve got to commend her for that effort – she’s been closer to Art Collector than nearly any of the boys have been in the last 10 months.  Obviously 1 1/4 miles is a question for her, as is this field.  It’s hard to envision a suicidal pace in here, but both CRYSTAL BALL and SWISS SKYDIVER are frontrunners, which could set this race up for someone coming from further back.  You’ve got to think that BONNY SOUTH needed that race when she finished fourth in the Ashland and HARVEY’S LIL GOIL ran a big effort in the G3 Regret on turf at Churchill. We know the barn has always liked this filly and she is 2-for-3 on dirt. They say Saratoga is the graveyard of favorites – will it claim its next victim on Saturday?

Quick Hits: The field for Sunday’s Saratoga Oaks won’t be drawn until Thursday evening, but the list of nominees includes Sweet Melania (Pletcher), Pocket Square (Brown), Speaktomeofsummer (Clement), Ricetta (Mott), Harvey’s Lil Goil (Mott), Antoinette (Mott), Blame Debbie (Motion) and Enola Gay (McGaughey) – pretty much every barn you’d expect to be represented is … Saturday’s big Woodbine card features the Woodbine Oak for Canadian-foaled 3YO fillies and  the Plate Trial Stakes for Canadian-foaled 3YOs. Halo Again and Clayton are standouts in the ‘Trial, while the Oaks attracted an even group of 10 … Del Mar’s Saturday card isn’t loaded with stakes, but they’re saving that for next Saturday as the Pacific Classic is scheduled for August 22 … Del Mar’s Saturday feature is the Solana Beach, topped by 3-time Del Mar turf winner Cordiality.