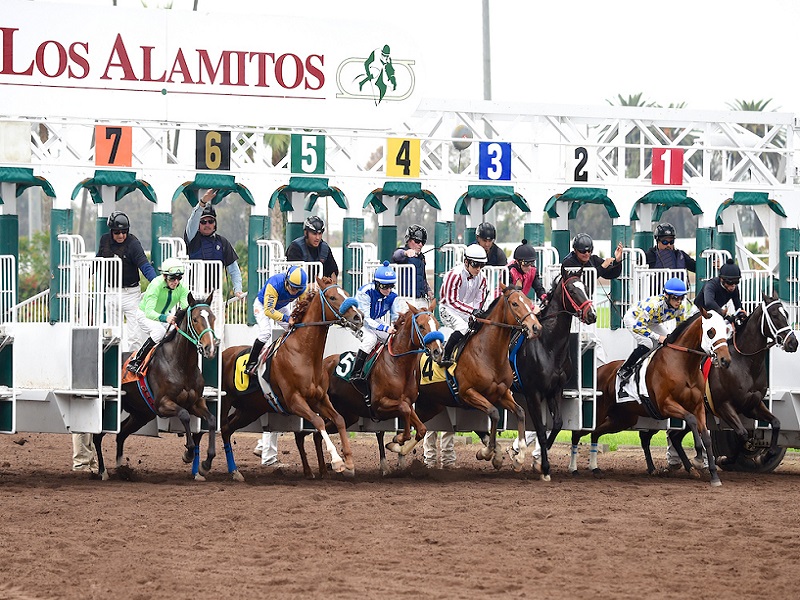 The Beverly J. Lewis Stakes is worth $75,000 Saturday at Los Alamitos, but the group that will congregate for the six-furlong race is a lineup you’d normally see in a race five times that purse.

The Beverly J. Lewis is the third leg of the Pick 4 on the Los Alamitos Thoroughbred card (not to be confused with the Los Alamitos Quarter Horse card which follows). This is the daytime program, and it is a playable one, especially the last four.

Two of the seven 3-year-old fillies most recently ran in the Grade 1 Test at Saratoga. Faypien is 4-5 on the line off her 2nd-place finish to American Gal on Aug. 5. Faypien, trained by Bob Baffert, was the 2-1 favorite in the Test but couldn’t handle the Simon Callaghan trainee.

Callaghan has been one of the hottest big-money trainers anywhere in recent weeks and will try to mess up the Baffert playhouse in this one as well. Queen Laila represents Callaghan in the Beverly J. Lewis and has won two of three races. She was fourth to Faypien in Santa Anita’s Angels Flight but recovered with an easy win as heavy chalk in an optional claimer. The daughter of The Factor undoubtedly fits in this one.

While some players will lean toward the feature as a single of Faypien, there are reasons to believe Chalon and Queen Laila will put a fight. There is an impressive amount of speed in this sprint, and this triumvirate should be figured to be in the hunt from the outset.

The final leg of the Pick 4 is as baffling as any, and it’s a situation in which you either use them all or pick a couple and go that route. I chose the latter, as the early races also present tough handicapping challenges that make it easy to get carried away with a large ticket.

Two horses in the finale are likely to show a lot of improvement. Each has been out just once and both had the misfortune of drawing the rail in five- and 5.5-furlong races during the recently completed Del Mar season. Fight On Forever broke inward, steadied and never recovered. Also, Fabricationhad a similar trip. He broke inward and the loss of momentum proven to be good much.