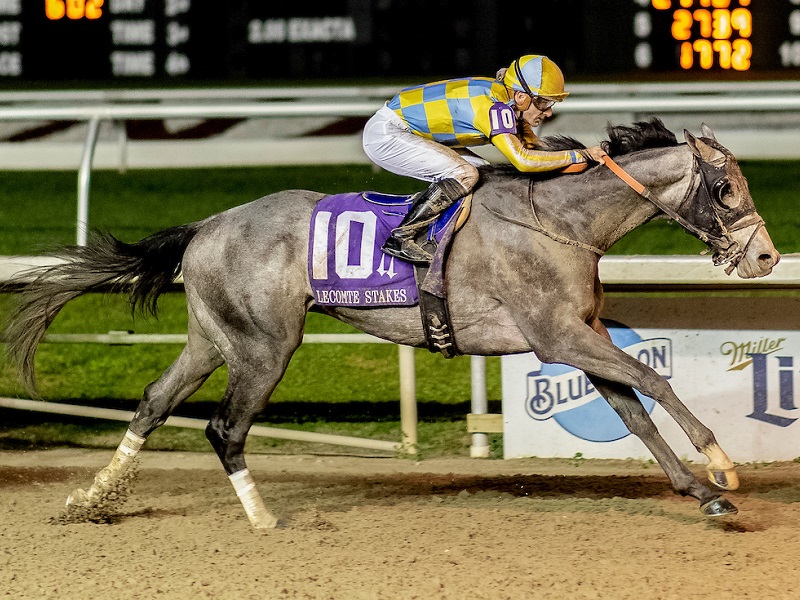 Bet the 2020 Kentucky Derby with 1/ST BET and Xpressbet on Saturday, September 5. The race is scheduled for 7:01PM ET.

UPSETTER MAY 'ENFORCE THE LAW'

Analysis: The date may be different, but the Kentucky Derby most years, including this one, most often comes down to pace. All eyes will be on TIZ THE LAW after convincing wins in the Belmont and Travers. Tuesday’s post position draw with Haskell winner AUTHENTIC landing the far outside spot could have a major impact on the pace. He’s going to be sent hard to clear some of the other speed. And the way KING GUILLERMO has been amped up and breathing fire in the morning, this could be a very fast pace. Art Collector was going to be my Derby pick, but his injury defection just prior to entries being taken has sent me back to the past performances.

Main Contenders: TIZ THE LAW deserves to be a heavy favorite, but at 2-5 or 3-5, I just can’t bet him no matter the respect for his credentials. Can he stalk such a fast pace and still finish at a mile and one-quarter? They could go 1:10 for six furlongs on Saturday (vs. the 1:11-4/5 in the Travers). Maybe he can. But not at such short odds for me. Second morning-line betting choice HONOR A.P. is solid and in my mix. I’ll stand against the speed players AUTHENTIC and KING GUILLERMO and take my chances.

Value Plays:  Of those near the early pace, the best price player will be NY TRAFFIC. He was just off AUTHENTIC in the Haskell and getting to him. He’s improving, but doesn’t get the most favorable race shape. That won’t be the case for deep-closing ENFORCEABLE, who will be my upset play. He finally draws inside, post 3, after 4 times this year being stuck outside. I’m not 100-percent sure he can get the mile and one-quarter, but he’s shown good finishing kick and gets the right set-up. At 30-1 or more, the rewards will be great if he can get the distance faster than the rest.