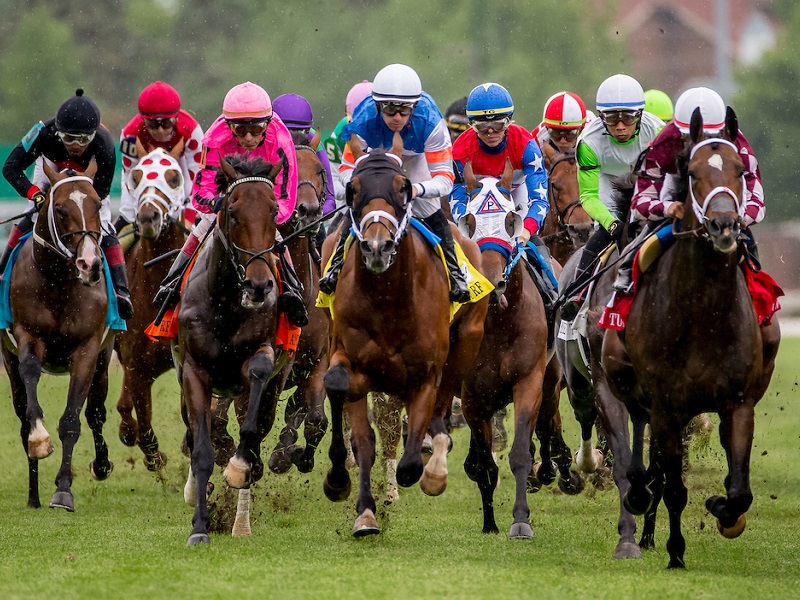 CHURCHILL DOWNS // RACE 6  (3:16PM ET)
#6 SARANYA (7/2)Was very impressive in the OBS April sale preview session breezing a furlong in :10 flat after which the daughter of The Factor brought $320,000 through the ring. Out of a stakes-winning Mizzen Mast mare, she’s clearly bred for grass and makes debut going long on the lawn for the powerful B. Cox/F. Geroux trainer/jockey team in what appears to be a below standard maiden race for juvenile fillies The local work tab should have her fit and ready, so let’s try her at or near her morning line of 7/2.CHURCHILL DOWNS // RACE 9 (4:53PME T)
#4 SIAMESE (6/1)Makes her U.S. debut in a soft entry-level allowance affair for fillies and mares and should be capable of springing a mild surprise with a repeat of her sharp runner-up at The Curragh two races back in a valuable handicap that earned a career-top Timeform rating. The daughter of Kitten’s Joy attracts T. Gaffalione (22% with a significant flat-bet profit for this barn), and after a couple of easy breezes over the local track the B. Walsh-trained filly should be primed and ready. The first-time Lasix user likes to settle early and kick home late and is listed at 6-1 on the morning line.GOLDEN GATE FIELDS // RACE 3 (5:21PM ET)
#1 A LITTLE BIT LUCKY (7/2)Cruised to an easy victory in his debut over the Golden Gate Fields all-weather surface in June and then finished well but too late when a respectable fifth in a stakes race for 2-year-olds at Pleasanton the following month. Dropping into a softer starter’s allowance sprint over a surface we know he likes, the E. Miranda-trained juvenile projects be forwardly placed throughout from his cozy outside draw in race that seems likely to have modest early fractions. There’s good value to be found at his morning line of 8-1 if you can get it.GOLDEN GATE FIELDS // RACE 4 (5:55PM ET)
#3 WINNING APPEAL (3/1)Progressing with experience and with another forward move today the daughter of Grazen should be capable of earning her diploma in this five furlong grass sprint for juvenile fillies. Exits a decent (and already productive) maiden dash over the all-weather surface last month and with the shortening to five furlongs and the switch to grass the E. Moger, Jr.-trained filly projects to be on or near the lead throughout. At 3-1 on the morning line she’s a win play and rolling exotic single.GOLDEN GATE FIELDS // RACE 7 (7:28PM ET)
#7 EMERALD MAGIC (6/1)Added blinkers for the first time in his 11-race career and ran lights out when narrowly missing at 65-1 in a tough starter’s allowance sprint at Del Mar last month, earning by far a career top speed figure while winding up almost three lengths clear of the rest. Returns to his home base where he’s a two-time winner over the Tapeta surface, and with a clean break from his favorable outside draw and a repeat of his most recent outing he may be good enough to pull off at 5-1 on the morning line.GOLDEN GATE FIELDS // RACE 8 (7:57PM ET)
#2 BLAKEFORD (4/1)Has the classic two-sprints-and-a-stretch out pattern while switching to a surface he’s bred to love, so this juvenile son of Mr. Big looks quite intriguing from a good inside draw while retaining high-percentage jockey K. Frey. Was recently scratched out of a maiden $32,000 to be protected in today’s straight maiden race in what we’ll take as a sign of confidence. We’re expecting the J. Josephson-trained juvenile to settle into a comfortable second flight, ground-saving trip and then have every chance to fire his best through the lane. He’s listed at 4-1 on the morning line and we should be able to get every bit of that on the tote.GOLDEN GATE FIELDS // RACE 10 (8:53PM ET)
#3 ALICE MARBLE (8/1)Though winding up a non-threatening ninth, this daughter of Grazen ran far better than the line will show when finishing fastest of all (and galloping out in front) in her debut in June at Santa Anita in a fairly competitive maiden special weight sprint on turf. Was entered but scratched at Del Mar in early August and finally makes it back to the races for clever S. Miyadi, who has been on a tear of late in the Bay Area. With the barn’s “go to” rider A. Gomez taking the call, this state-bred 3-year-old filly is listed at 8-1 on the morning and has a chance to pull off an upset if she leaves with her field and finds room to rally from the quarter pole home.