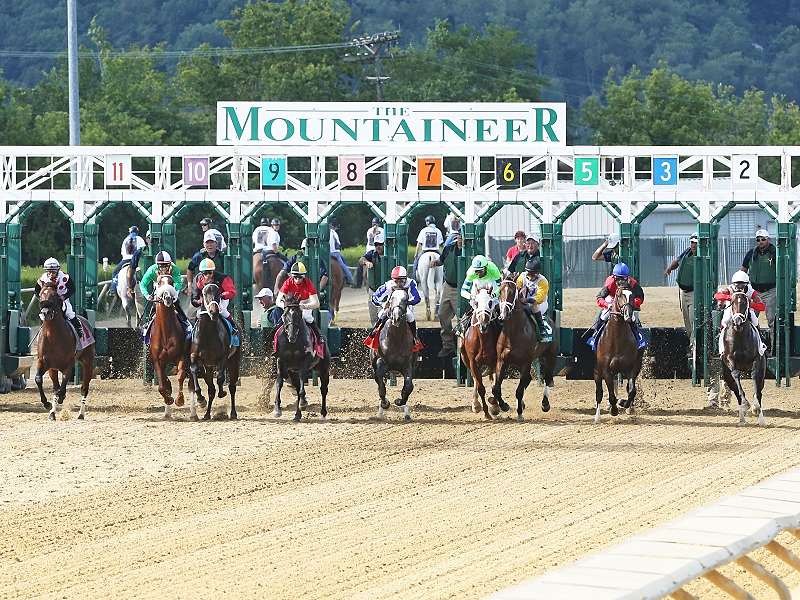 Shopping around can do you some good in horse racing. After all, there’s an awful lot to choose from. Some will shout you down for handicapping more than a circuit or two, but I don’t consider that necessarily a bad thing for the semi-regular player. Tonight’s card at Mountaineer rates a pretty good example. Why? There’s an $8,500 carryover in the pick five pool – dead money sitting around for someone to take … why shouldn’t it be you?

Pick five carryovers are pretty rare. And while an $8,500 leftover pot may not seem like a lot, you have to put it into context. Last Monday night’s Mountaineer pick five total pool was $17,555. The previous Monday drew $24,485 when not running against Labor Day signals. The previous Monday topped just over $25,000.

So we can expect a normal pool of at least $25,000 in new money tonight – and that makes the $8,500 carryover literally a 33% bonus to the pool. If you weren’t part of Sunday’s pick five at the Mountain, then you are playing free for other people’s money. That’s a good situation in which to attack.

Here’s a look at tonight’s pick five sequence on the final five events on the card.

A big field of 10 is entered in this non-winners of 3 lifetime claimer. But there will be a strong inclination to single #8 Cheryl’s Way, who appears a standout on paper and at 6-5 in the morning line. Remember this about opening leg singles/favorites: Rule out all emotion. It pays the same whether you bust in Leg A or Leg E. If the most likely winner in a sequence is right off the bat, take what they give you and don’t let the need to “be alive” creep into your thought process. If you must get beyond the favorite or don’t like her enough to single, #1 Dunkirk Survivor looks like rail speed for a good barn and #3 Indygo Tigress likely appreciates the cut-back in distance.

The pick five’s second leg also is the late pick four kickoff race. So, if you blank in the fifth, perhaps you can play back your same horses in the pick four if you feel strongly; but you won’t have the carryover money here as an enticement. #6 Bluemoonofsaratoga has been nearly flawless locally since coming to the leading Mountaineer Ed Clouston barn. #3 World Elite also has been superb in local starts and rises in class with the speed to catch. If speed isn’t holding earlier in the card, consider #1 Thunder Wit and the cut-back #5 Valorem to be dangerous.

Clouston holds the wildcards in this race with the uncoupled #4 James Jingle, who has been off for a year and transferred from Jeremiah Englehart’s potent Finger Lakes brigade, as well as #5 Poppy’s Watching, who makes his second start after a year layoff. James Jingle appears more talented on paper, but who knows after 12 months away? Bear Tracks exits a superb local debut second in his 98th career start. But, he’s 0-15 this year, 0-21 last year and has lost 44 in a row dating back to September 2015. Still, that last try was awfully good. This race looks like a total spread if you can’t find any trust in the three listed.

The only 2-turn route race on the card is an open $10,000 claimer and another potential single. #1 Academy Bay goes for an Aaron West barn that’s 6: 4-1-1 in its last half-dozen local starters and 8-for-15 at the meet via an Indiana Grand summer. This race is loaded with early speed and the favorite appears to have some patience to capitalize. If it melts down, 10-1 morning line shot #4 Skydigger Andy would be the kind of horse to make the pick five pay 10x more.

The finale is a non-winners of 2 lifetime claimer, but note at Mountaineer they don’t count state-bred wins against your resume in class conditions. That’s why #6 Zoiee’s Dream seeks his third career win while still eligible. He won this same condition July 24, but since his June 18 maiden special weight victory was against WV-breds, he’s still eligible to compete for N2L. I like him a lot here at 6-1 in the morning line. Likely favorite #4 Do What I Ask is 1-for-30 lifetime and 0-for-17 over the track. That’s vulnerable by definition.

My ticket will focus on some singles and spreads. Here’s how it lines up:

That’s just 36 combinations and an $18 investment. If you want to spend more, dig deeper into the finale for some additional coverage.